The wisdom books impart on us

* However, believe it or not, books manage to do even more than just improve their readers as human beings and allow them to experience the magic of the story and adventure 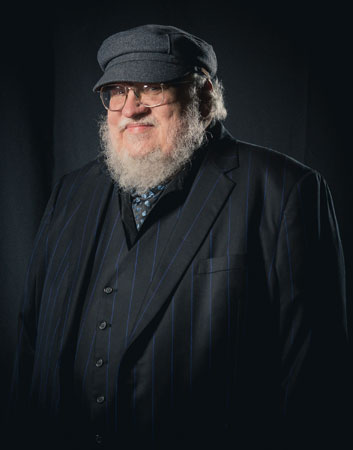 When I write about books, it comes out as a natural, almost visceral part of my being and that just goes to show you the sort of closeness I have always felt with the world of writing and reading.

It is something that is ingrained into every fibre of my being and every inch of my soul. In fact, it truly is a part of me, which I simply cannot forget or ignore. I would like to start with a short quote from George RR Martin, “A reader lives a thousand lives before he dies…the man who never reads lives only one.”

I am an avid reader. I am from among that breed of children who would love nothing more than to curl up in a chair with a good book, and spend hours losing myself in the tales it weaves. Reading is not only a means for the gain of knowledge, but it is also one of the greatest hobbies and pastimes I have. By some definition, I may even be called a nerd, and I find no shame in admitting that. I wear that title as a badge of courage, honour and experience, for I am a nerd. Books formed me. They are as much a part of me as my limbs and my fingers. And today, I’d like to tell you how exactly that came to be.

To conclude, I would like to state that reading is truly a gift and that it is one of the greatest things that could have happened to me. It is something I am thankful for, because it has allowed me to live thousands of lives, and it will help me to live thousands more in the future

By reading, I got to experience the world from the confines of my small bedroom. Now, I know that sounds like a terrible cliché, but it is simply the truth. As a ten-year old, I was able to explore the wizarding world with The Golden Trio of Hogwarts. I was able to learn about the Greek Gods at Camp Half-Blood. I trained dragons with the Vikings of Berk, and I did so much more that it would take an eternity to list everything. And I will not lie to you, that was more fun than any of the toys I played with at home. I’m sorry to all the Beyblades I had, but the magic that those books showed me wins out over toys any day.

Furthermore, these books allowed me, and I am sure many others, to form role models. Now, I know that most people have real human beings to look up to, such as their parents, or a relative, or just anyone they might aspire to be. But there is much more to having a character – or more importantly a protagonist – as someone you look up to. They are fictional characters, and although the authors have had enough sense to not make them complete Mary Sues – a Mary Sue being a character with no personal flaws whatsoever – they often possess qualities that seem unreachable, such as an indomitable will, or a superior intellect, or even a moral compass so powerful that it almost seems tragic. What I have loved about all of these traits, is that even if they seem unachievable, by setting ourselves to that standard, we are able to do our best to improve and develop as humans. And that is one of the things that I love about books. Any child who enjoys a book and likes the characters will try to emulate those characters’ finest qualities, and that helps the child grow. Having personally experienced this desire, I know it is real, because I always wanted to be like those fantastic characters I had read about.

However, believe it or not, books manage to do even more than just improve their readers as human beings and allow them to experience the magic of the story and adventure. Books, and the stories they share with us, form a connection between all their readers, which rises above cultural or political boundaries. It is a very powerful tool for forming connections, as those books are a solid common ground for people. The universality of those books and those ideas helps different people understand each other better, and I believe that is a very dynamic ability. It allows readers to transcend above any social or political barriers that have been constructed by the world.

With this context, it becomes easier to understand why I hold such great admiration for these books. Not only are they an integral part of my formation as an individual, but they also allow me to understand and connect with other people. I have found that being able to relate with others when it comes to one’s taste in books and reading is very, very powerful. It is like a joyous reunion between two old friends, and I find it impossible to not be friends with a person who has similar taste in books as me, if we are fortunate enough to ever meet. To conclude, I would like to state that reading is truly a gift, and that it is one of the greatest things that could have happened to me. It is something I am thankful for, because it has allowed me to live thousands of lives, and it will help me to live thousands more in the future.

The writer is a student at Lahore Grammar School, Johar Town. He is also the school magazine (The JT Files)’s co-editor, and is a founding member and a vice president for the Lahore Young Speakers’ Gavel Club