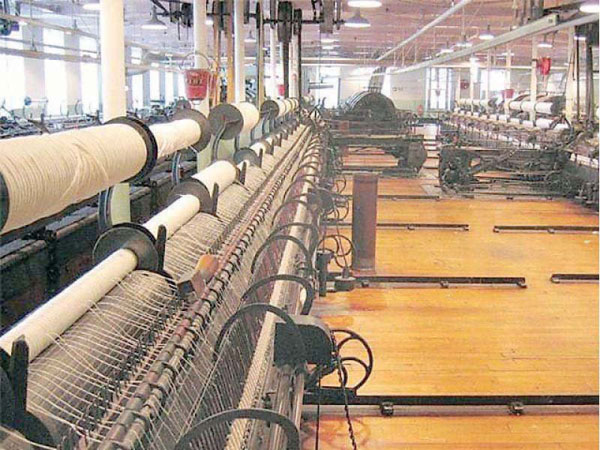 Exporters across the country, including Faisalabad, are facing severe difficulties due to a shortage of cotton. The government’s cotton policy has reduced the country’s cotton production target from 14 million bales to 9 million bales. Due to the shortage of cotton yarn knitwear exports have fallen by 10.65 percent and garments exports by 13.74 percent in August. Faisalabad exporters have demanded the government to formulate an immediate cotton policy with the consultation of stakeholders to combat the current cotton crisis. In this regard, Mian Naeem Ahmed, former chairman of the Pakistan Hosiery Manufacturers and Exporters Association (North Zone), told Daily Times that the cotton crisis in Pakistan was the biggest threat to the value-added textile sector than corona. If the government failed to address the issue take the issue that results in the closure of the textile industry and a loss of jobs of millions of workers. He said that foreign buyers were demanding shipments from them in 45 days while mills were giving them yarn in three months. In such a situation how can they fulfill orders, he said.

He said that due to the outbreak of corona in India and Bangladesh, garments orders were rapidly shifting to Pakistan but unfortunately due to low cotton production, there was a severe shortage of yarn. If not, not only orders from competing countries will stop in Pakistan, but we will also have lost our permanent buyers. He demanded the government to immediately abolish all duties and taxes on the import of cotton yarn.

Syed Zia Alamdar Hussain, former president of Faisalabad Chamber of Commerce and Industry, said that the textile sector was currently facing three major problems, including a 40 percent shortage of raw materials, a 20 percent increase in electricity prices, and shortage of gas in winter. He said that the government does not give importance to exports. The government listens to us but does not act. “If the government does not heed our demands, not only the workers but also the mill owners will go on strike in the streets,” he said.

Waheed Khaliq Ramey, chairman of the Cotton Power Looms Owners Association, said that due to the shortage of cotton, yarn prices are increasing day by day and it is being heard that International Hem Textile Fair is also going to be postponed. If this continues, the textile industry will shut down. He demanded the government to stop the export of yarn till our national needs are met.

Mian Farrukh Iqbal, newly elected senior vice chairman of the Pakistan Hosiery Manufacturers and Exporters Association, pointed out that the textile sector was presently under disarray owing to high cotton prices. He demanded that the government should allow the export of cotton Yarn after met domestic needs.

DRIVE: The district administration conducted a grand operation to retrieve two kanals 11 marlas public land worth Rs 408 million on Satiana Road, Gaitanwala Chowk, from the grab group those made the parking lot, transformers, water motors and other encroachments. That was removed by installing heavy machinery. Divisional Commissioner Ishrat Ali, RPO Raja Rifat Mukhtar, and Deputy Commissioner Muhammad Ali visited the spot and supervised the operation against encroachments. DG PHA Asma Ijaz Cheema, Assistant Commissioners City & Sadar Syed Ayub Bukhari, Umar Maqbool and Revenue Department officials were also present. According to the details, shops, fast food chains, and brand clothes were running the business in the plaza on government land where government land was parked and electricity was installed underground and a transformer was also installed.

The inspection team visited and gave a deadline of one day for the self-destruction of businesses and installations, which was not implemented. The divisional commissioner said that the anti-encroachment drive was being implemented and a grand operation was being carried out against the mafia occupying government lands to relinquish the green areas and green belts were being prepared at such places to restore them to their original form. He said that in the light of the orders of the Supreme Court of Pakistan, the action is being taken against the occupation group and no one will be allowed to occupy government lands.