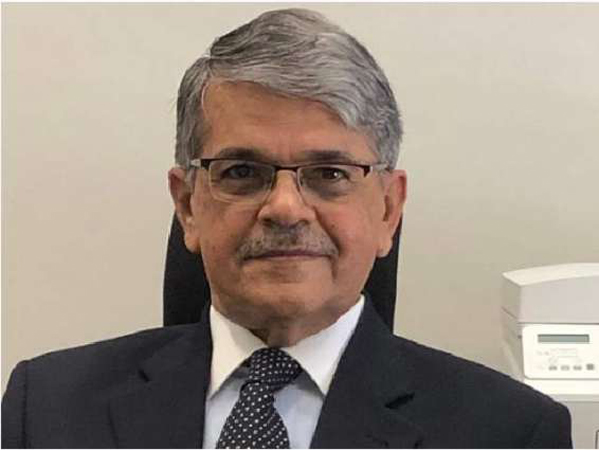 While Pakistan is mindful of the strategic landscape and the threats it faces, its nuclear thresholds will need to be recalibrated and redefined to include how disruptive technologies may impact its conventional as well as nuclear responses.

Multilateralism is retreating and needs to be revived to tackle multiple shared global challenges from Covid-19 to the changing nature of technological advancements in the security field. Pakistan can play a constructive role and act as a bridge between the US and China. In the wake of Indian aggression under the Modi regime, Pakistan will have to remain vigilant and prepared both in the military and hybrid domains.

These were some of the key takeaways and recommendations by eminent speakers from Pakistan and the United States (US) during the virtual webinar ‘Emerging Global Strategic Environment and Technological Advancements: Implications for South Asia’s Security Dynamics’ organised by the Centre for Aerospace and Security Studies (CASS), in collaboration with the Naval Post-graduate School (NPS) in California, USA.

In his Opening Remarks, President of CASS Air Chief Marshal (R) Kaleem Saadat outlined how American policies under the Trump administration have changed from counterterrorism to open political, economic, and military Cold War competition between the US and China.

Whereas, China on the other hand, points out that the US has abdicated its global leadership role by pursuing its ‘America First’ policy. Countries like Pakistan are caught in the middle because they have bilateral ties with both. He stressed that the Indo-Sino stand-off is a critical event for which New Delhi is raising the bogey of a two-front war with China and Pakistan. On the Pak- US relationship, he highlighted that Washington’s political and military support of India is disturbing the balance of power in South Asia; while politicisation of FATF against Pakistan is hostile and disturbing.

While providing a brief overview of the seminar, Air Marshal (R) Waseem ud Din, Director CASS shared that the changing global strategic environment, interdependence, real-time connectivity and fast-paced technological advancements, have led to a spillover effect that goes far beyond the territory of any single continent. It is, therefore, vital for Pakistan to analyse how it will deal with emerging challenges such as Sino-US competition; and the role can it play to promote peace and stability in South Asia.

National Security Affairs, US Naval Postgraduate School, USA advised that Pakistan cannot and should not divorce from its strategic alliance with the US. He remarked that since the six most important elements of technological evolution happening in the subcontinent are aerospace, cruise missiles, ballistic missile defenses, maneuvering warheads MARVs, tactical nuclear

weapons, and sea-based deterrents, there is a likelihood of increased force readiness in South Asia. ‘The biggest problem that we are foreseeing at the present time that affects the strategic landscape is the comingling or the entanglement of conventional and nuclear types of delivery systems, which is going to have a different impact on the battlefield and strategic postures of countries,’ he concluded.

Ambassador (R) Aizaz Chaudhary, DG, Institute of Strategic Studies warned that thecontemporary world is undergoing massive militarisation, great power rivalry, technological advancements and disregard for multilateralism. According to him, major power competition is considerably evident in the South Asian region where the US is strengthening India against China. ‘However, with diplomatic finesse, Pakistan can not only maintain a balance between

these rival blocs, but actually play a constructive role in bridging their differences’, he remarked. The former Ambassador cautioned that in the wake of Indian aggression under the Modi regime, Pakistan will have to maintain its preparedness both in military and hybrid domain; as well as remain watchful whether the Afghan peace process reaches a logical conclusion.

In the second Working Session on ‘Impact of Emerging Technologies on Regional Security Dynamics’ Dr Zachary Davis, Senior Fellow, Center for Global Security Research, Lawrence Livermore National Laboratory, USA discussed that Pakistan has faced its own security dilemmas from the outset and has had to weave, maneuver and be extra creative and resourceful to find its way in the complicated great power competition. He was of the view that Pakistan is in equal position to take advantage of asymmetries and use technologies to offset them.

‘Governments around the world have recognised the need for Public-Private Partnership in order to foster, develop, and apply new technologies to get cutting-edge capabilities in Intelligence, Surveillance, and Reconnaissance (ISR)’, he stressed.

Dr Rabia Akhtar, Director, School of Integrated Social Sciences, University of Lahore, was of the view that the ‘gray zone’ in which AI-generated, fabricated, deep fake news operates has complicated the universally shared conceptions of deterrence. According to her, across the full spectrum of conflict, cross-domain coercion tools available to states are now numerous and more impactful. ‘Through digital soldiers, nuclear powers can engage their adversary’s core strategic interests directly, coercively and below the traditional forms of conflict’, she said. In her view, a combination of emerging disruptive technologies like hypersonic weapons, robotics, 5G, 6G, and big data will make crises even more unpredictable. She stressed that thoughtful doctrinal changes are needed to enhance the credibility of Pakistan’s deterrence. ‘Pakistan would need to undertake a very critical situational analysis of India’s capabilities as it sets out to acquire these disruptive technologies’, and expressed confidence that the government is mindful of the strategic landscape and the threats faced by the country.

The session was moderated by Air Marshal M. Ashfaque Arain (R), Director Strategic Defence and Security at CASS. CASS Directors Ambassador (R) Jalil Abbas Jilani and Dr Adil Sultan were discussants of the two working sessions. The webinar was followed by an in-depth Question/Answer session from scholars and diplomats based in Pakistan, the US and China.