Liverpool just made their move for Thiago Alcantara

The midfielder will sign a four-year agreement with Liverpool and wear the number 6 jersey. A fee of £20million has been agreed with Bayern Munich for the Spain international, along with a bonus of £5million. 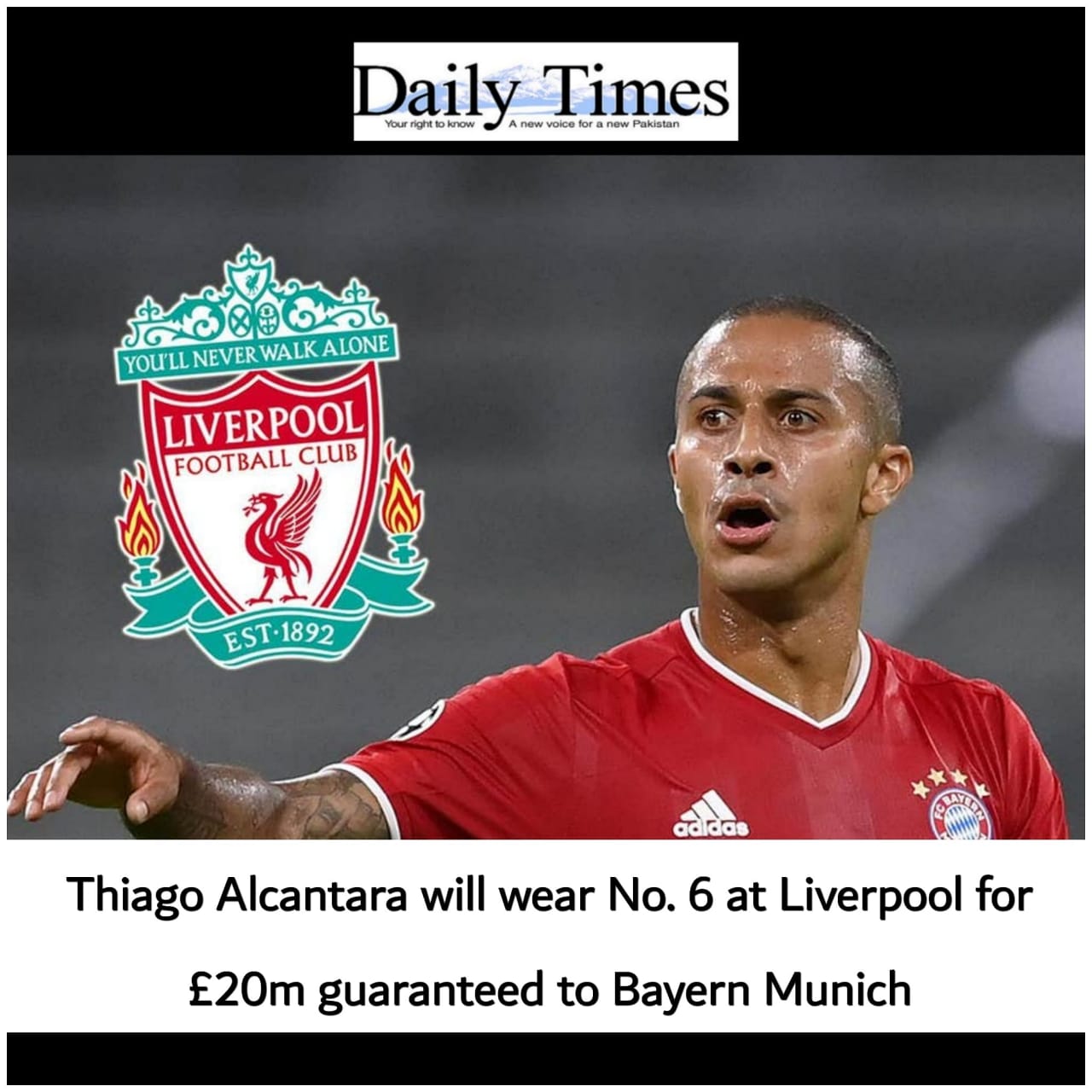 Negotiations gained momentum after Bayern officials announced that they want to seal the deal before the Bundesliga season which is to commence tomorrow with the European champions hosting Schalke.

The 29 year old Spanish player joined Bayern Munich in 2013 for a fee of £22.5m, and has made a total 31 goals and 37 assists for the Bundesliga side since then. He appeared against Paris Saint-Germain in his last performance for Bayern in the Champions League final, in August 2020.

Earlier, Liverpool journalist James Pearce hinted towards the transfer, “my information is that, that is still massively relying on what happens with Georginio Wijnaldum’s future, and if Wijnaldum was to push for a move and if Barcelona were to table an acceptable offer, then of course, Thiago becomes, I think, a perfect, ready-made replacement to go and get, because Liverpool know he is available and keen to make that move.”