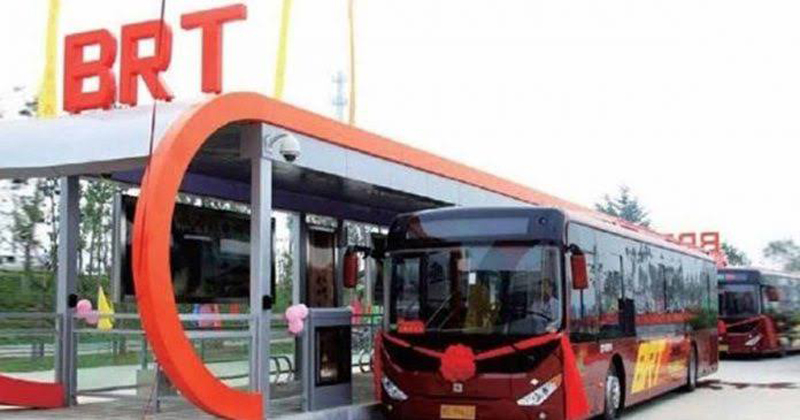 A metro bus has caught fire in Peshawar’s Hayatabad area on the night of Wednesday and Thursday, the provincial rescue service said.

According to media reports the bus caught fire near a corridor located in Hayatabad, the Rescue 1122 said on Twitter. Rescue 1122 firefighters extinguished the fire shortly afterwards. The cause of fire could not be immediately ascertained.

The spokesperson of KP government Kamran Bangash said that the fire erupted on the roof of the bus and it was contained within minutes. The Peshawar Bus Rapid Transit service is completely functional, Bangash said, urging the masses not to heed rumours.

The Peshawar BRT service was inaugurated by Prime Minister Imran Khan on August 14 after multiple delays. He had called it “the highest-level metro project of the country”.

At least 128 buses ply the 27-kilometre BRT track. They stop at 30 stations across the city.