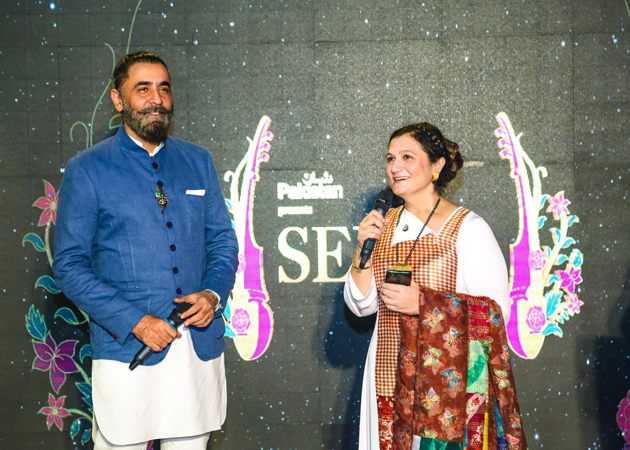 The first leg of the 2nd International Shaan-e-Pakistan Music Awards (SEPMA) ceremony was held at Poet’s Café in Lahore on Monday.

The brainchild of musical impresario Huma Nassr, SEPMA 2020 emerged stronger from its pandemic lockdown by honouring musicians in 13 genres of music and three special mention awards. The 78 nominees across 13 categories were feted on a balmy evening in Lahore.

Several of music’s great names were in attendance and there was general bonhomie and euphoria at celebrating so much musical talent from across Pakistan. Music’s known aficionados Mian Yousuf Salahuddin, Mr. Kamran Lashari, the CEO of Interwood Omer Farooq and the CEO of Golden Pearl Sheikh Abid along with Amir Qureshi and Huma Nassr were the focal point of the evening who were the supporters and associates of Shaan-e-Pakistan, along with the many nominees and presenters who kick started the evening.

The elegant white carpet saw the nominees talking to media and expressing their hopes and desire to do even better work. Some of the nominees seen were: 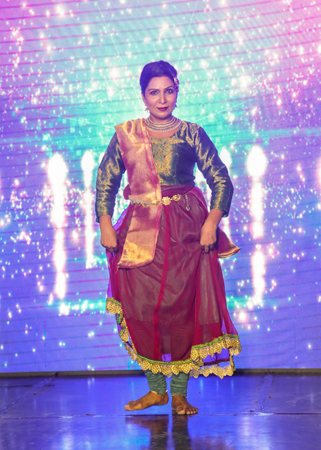 Omer Farooq, the CEO of Interwood, presented the SEPMA award for the Best Composer 2020 to Sahir Ali Bagga.

A very special award announced that evening was the Special Mention Award for promoting Global Recognition of Pakistan. Yousuf Salahuddin Sahab presented it to Atif Aslam.

The fifth category of the evening was for Best Rock Music. The nominees were Tamasha, E-sharp, Mustafa Zahid, E-sharp, Dhol and Mirage. Amir Qureshi and the CEO of Golden Pearl, Sheikh Abid Mehmood presented the SEPMA award 2020 to Mustafa Zahid.

Shahzaade Ali then came on to put up an unplugged performance. In addition to that there was a mesmerizing kathak performance on Shafqat Amanat Ali’s song Channan.

Pakistani TV and Films are gaining in popularity every year and the Original Sound Track (OST) often become very successful. To give a boost to that budding industry the Best OST Category nominees were Sahir Ali Bagga, Rahat Fateh Ali Khan, Nabeel Shaukat Ali, Asrar, Shuja Haider and Shani Arshad. Rahat Fateh Ali Khan won the award for his song “Mere pas tum ho” in the category BEST OST MUSIC at the SEPMA 2020. Since he was in Saudi Arabia, on his behalf the award was received by Mr. Wahdat Rameez.

The ceremony then moved on to the jingles that are household favourites for all the popular advertisements on television and on digital media. The nominees were Momina Mustehsan, Strings, Hadiqa Kiyani and Shafqatv Amanat Ali. Mian Yousuf Salahuddin presented the SEPMA award 2020 to Hadiqa Kiyani for her Abhi Tau Mein Jawaan Hoon jingle for CAC-1000.

The SEPMA Award Reveal was done by the legendary Shafqat Amanat Ali Khan. He was also one of the presenters and supporters of Shaan-e-Pakistan alongside hugely popular qawwal Mr. Javed Bashir. They have believed in the vision and aim behind SEPMA and supported Team Shaan-e-Pakistan throughout the duration of the season.

Mr. Shahzad Nawaz was the keynote speaker at the event who spoke at great length about the importance of music and how we should always be promoting the music of Pakistan.

The Nusrat Fateh Ali Khan Lifetime Achievement Award was won by maestro Abida Parveen. The award was presented by Mr. Irfan Pardesi, the founder of Zee Foundation and a businessman from South Africa, at Abida Ji’s own residence. He especially went to Islamabad to present the award to the Shaan of Pakistan.

There were 3 Special Mention Awards for the artists and their remarkable work in the music industry.

But as he resides in UAE, our efficient team arranged a production team there. The CEO of Nova Colour LLC Dubai, Mr. Nasr Khan presented the award to him.

The hugely popular Shamoon Ismail won the award for his song “Rok Le” in the category BEST INDIE MUSIC for this year’s SEPMA AWARDS.

SEPMA and Huma Nassr made sure the awards covered all the nationwide genres as well as internationally with esteemed presenters and well-deserved winners of our country’s assets.