Ahh! The Stabbers Among Us

Since inception, we have been found witnessing a grim “tug of war” in the political arena, which helped promote nothing viable but a spectre of bigotry, indifferences, mental servitude and hatred among the masses. This keeps promoting a subsequent “polarised politics” trend in every “boom and bust,” irrespective of its sporadic enormity, a casual substitute to the national aspirations: Kashmir conundrum, Palestine imbroglio, or the recognition of an unrecognised occupation. 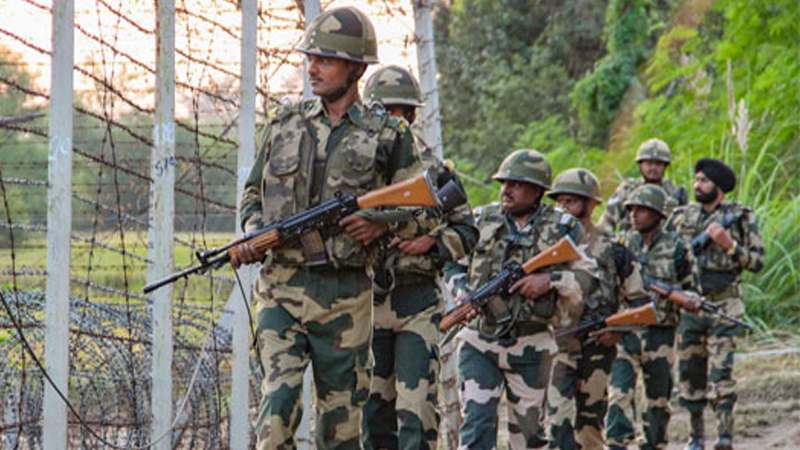 We firmly tarnish any such philosophy depicted to instigate us against our renowned Khulfa-e-Rashiddin’s take on Jerusalem and thoroughly repeal all proxies and their masters–both in letter and spirit–trying to divide Pakistan and the Muslim Ummah across the globe. Be it anyone and anything found trying to transgress the holy path and our long-standing position–that we have been directed towards-would never be tolerated in any guise and at any cost;

In short, these inimical forces would never be allowed to consolidate their fortification both in Palestine or across the Muslim world. Furthermore, we urge all Muslims, specifically the compatriots, to stand unhesitant by their high-ups, both in civil and military leadership, whom they find of having a clear stance in this regard and quash any nefarious theories by those dubbing the words of these aforementioned sinister anti-state and anti-Muslim Ummah elements. Irrespective of whom their strings are attached to, they must be exposed to the public, along with their masters, who are trying to haunt Pakistan and the Muslim sentiments with their illicit incarceration and divide plans; endeavouring to draw a wedge between the state institutions, besides planting their economic hitmen. We’ve felt this earlier. It could be witnessed soon in the form of tacit support and endorsement of the alliances and recognition by those dwelling around us and proclaim leadership.

Nevertheless, those among us with a profound sagacity would certainly have caught them [the aforesaid entities] allegedly keeling upon the sovereignty and stealing the people’s mandate while speaking in line with the recognition of those whom we would never [hail] even if we breathe our last. Yet again, the irony would be a few of these remaining right and left wings, self-proclaimed commanders, sparring over our long-standing position on the Palestine and Palestinians and their right to self-determination. They would be touting a green signal to reach us all a consensus with the very designers in the regard, possibly in the return of an elusive and illusionary picture of the conditional access to Jerusalem, its holy sites and its sanctuaries, turning a deaf ear to the Palestinians striving their best and speaking their hearts out about the atrocities happening there. Ahh! The deceiving beckons.

Both the civil and military leadership should not let it go in-deliberated and split the hairs (sic) to sift the wheat from the chaff; demanding a pertinent contemplation and a threadbare debate in the parliamentary sessions, cabinet and corps commanders’ respective meetings to get the ride on the same bus in the context. They should avoid dithering and vacillating between the “indefensible recognition and the head-on confrontation and divide,” dilemma, which is highly expected to surface soon if not mend the course correctly. Last but not the least, they should call out [publicly] these sleeper cells to help us hoist our long-standing and promised mandate on this pretext.

For, lurching from option to option and locking horns [at the cost of national aspirations] against each other in these high times just, which demand “unity, faith and discipline” and collective hand to get over, is tantamount to demean the Palestine and Kashmir cause. However, it could also be proven detrimental to the regional peace, tranquillity and stability, besides beckoning a go-ahead nod to persecute the already persecuted Muslims segment across India Illegally Occupied Jammu and Kashmir (IIIOJ&K) and Palestine-in fact the Middle East. This is something none of us is ready to brace for, albeit the imposters among us. May the sanity prevail, Ameen!

Note: “We reiterate our flagrant support to the persecuted people of Kashmir and Palestine.”

The writer is an engineer and a research scholar at NUST, Islamabad.