Victims of the System

Around the globe, the unprecedented pandemic has caused economic destruction, high fatality, depression; adding troubles for all, especially the underprivileged. Amongst all crises, the most notable was the academic year of students, which was also in jeopardy, while things around the globe were at a standstill. 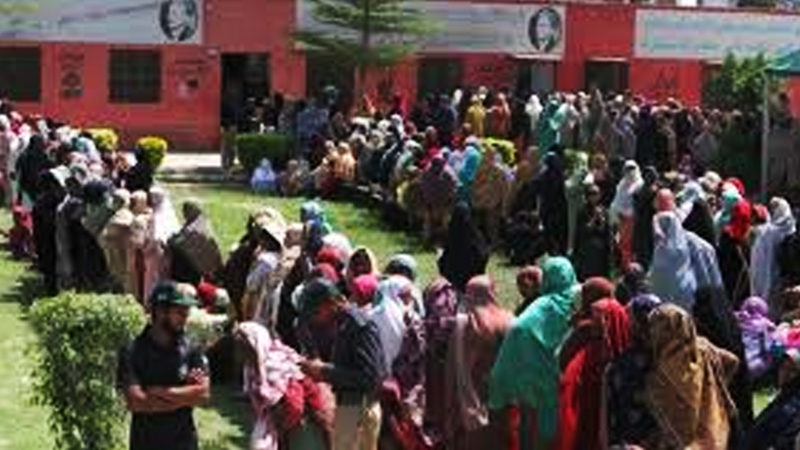 Under such circumstances, the Cambridge International Education decided to send out results based on predicted grades. The criteria were, however, not that well defined. Initially, the schools announced that teachers will send out grades based on past results. Later, schools asked students to provide class assignments, tests and other evidence. This led to another chaos. Because of the lockdown, schools had been closed abruptly, right before the spring break. Thus, students and teachers were both unaware of the situation ahead. Assignments, tests or other pieces of evidence, such as grade accumulation aggregate and academic award sheets require a lot of coordinated office work.

In the COVID lockdown, operationalisation of academic offices was a next-to-impossible task. Students mention receiving a message from schools for consent for the predicted grades option. Afterwards, another message via SMS was sent from the school offices, which asked for previously done classwork and assignments, to be submitted on the school front door. Due to social distancing issues, students were not allowed to go inside.

Regarding the class assignments, many students complained that they had incomplete records, their work was either with teachers, at schools, misplaced or pending and called it an unexpected requirement. However, the biggest blast was yet in the pipeline, when on the result day, August 11, A-levels students were shocked to receive their grades. As for the majority of the students, the grades were nowhere close to their two years of class performances, school grades and previous O-level grades. The grade dropdown was not just one grade level rather a drop of at least two grades. In many cases, it was more than a two-grades drop. A student attaining A grade for good two years was awarded E or D. Many got Us, meaning they were considered ungraded. The predicted grades sent by schools, the evidence provided by them and the result announced on their basis had neither relevance nor any associated factor with their yearly performance for the majority of students. To top up the trouble, most of the students had received their conditional university acceptance letters. The condition was that the grades had to match the university’s acceptance policy criteria. Now caught with the short deadlines and Cambridge being still in the process of reviewing its grades, students are between the devil and the deep sea.

A nationally renowned university has already started sending out rejection letters to students based on these disputed grades. By the time Cambridge reaches a decision, many students would have already lost the battle. Now, as the university’s focal person stated the university had revised its basic grade requirement criteria, but this isn’t going to be of much help. Most of the grades are already at least two grades down than the actual assessed grades sent by the schools.

As for the majority of the A-levels students, the grades were nowhere close to their two years of class performances, school grades and previous O-level grades

There should be a consensus on admission policy that till the time Cambridge does not provide revised grading, the admission acceptance and rejection process should be standstill. The situation is very much fluid for all students contesting for their grades. However, it’s quite frustrating to see that despite the government’s support of students’ appeal to Cambridge International Education to revisit their grades, there is no clear policy about the conditional admission status. This has added further complications to the problems facing by students.

On the other side, parents have been paying hefty fees to schools and even higher dues to the CIE system. After paying so much to two different educational systems and even more to private universities in the form of admission fees just to secure the seat for their children, most are now facing severe dilemmas.

Meanwhile, universities are also keeping a hefty amount with themselves and refunding after a deduction of huge amount. Almost Rs 90,000 are not refunded from conditional admission fees submitted by a very well-known university in Lahore. Same is the case for others too.

The private school association is taking too long to discuss any plan of action with universities and the government is not giving any directive to any private or public university to withhold admission status until CIE comes up with any further policy on these globally disputed results.

Students are planning to protest. Hundreds of them have already sent emails to their concerned university admission offices as the official claims by the government. The universities’ so-called revised criteria have no logic or connection with the actual problem, as the grades are utterly in complete contrast with the actual yearly grades of the entire academic years. Rejections by the university, the revision process and the hefty deduction from the submitted admission fees, in case of rejection of conditional admission, are all adding insult to the injury.

The absence or lack of hi-quality public institutions, political appointments and bypassing meritocracy has pulled down the standards of public sector universities terribly. Absence of public sectors universities has created a monopoly of the private sector, where there is not only financial manipulation but the university policies also remain unchallenged. There is a dire need of a uniform maintained standards policies for the national education system. Establishing international standards and their maintenance by public sector universities is crucial. Otherwise, students will keep becoming victims of “survival of fittest.”

The writer is a PhD scholar, child right activist and teaches gender studies at a university