China’s Belt and Route Initiative (BRI) is one project that has shaken the status-quo by challenging traditional concepts of power in recent years. As Covid-19 has jeopardized the world, with its vast range of implications for sectors other than health, the future of traditional development projects seems bleak. The impact of the pandemic on economies has put investments in many sectors in a stalemate. China’s Belt and Route is unlikely to be an exception. With industries coming to a standstill, workforce dismantled and the burden on state economies increasing by the day and no solution in sight; the development sector all over is to face the burn. The pandemic has altered the prospects for the projects in various ways, making some of its key features irrelevant for the times to come and paving ways for new innovations. The future course of the project through which China has engaged countries that account to almost two-third of the world population in letter or in spirit will determine the fate of not just a number of many developing economies but will also reflect on China’s ambition of ‘shared prosperity’. China has been assisting and lending enormously to small scale economies in order to revive the ancient silk route and connect countries across continents. However, the blow done by the pandemic has made the choices difficult, as on one hand countries will have to revive their economy and on the other their borrowing capacity would be limited.

Pakistan, being a key player in the BRI, because of homing the flagship project of CPEC is facing its own dilemmas in the fast-changing world around it and need to increase its pace in order to not just catch up anymore but to revive from the blow that the pandemic has done to its already struggling economy

Pakistan, being a key player in the BRI, because of homing the flagship project of CPEC is facing its own dilemmas in the fast-changing world around it and need to increase its pace in order to not just catch up anymore but to revive from the blow that the pandemic has done to its already struggling economy. The Covid-19 pandemic has created an uncertainty around the completion of the ongoing projects and paralyzed the future prospects for infrastructure development, as economies all over face multifaceted challenges. Governments are forced to take sweeping measures to contain the virus, such measures are instigating delays and disrupting projects extensively reliant on land and sea routes for supplies and engagement of the workforce. The pandemic has exposed the vulnerabilities of systems to the inevitable burden caused by health emergencies and prospect social insecurities. It is evident that the expenditure priorities are changing everywhere in the post Covid-19 world and so would be the scenario around BRI. 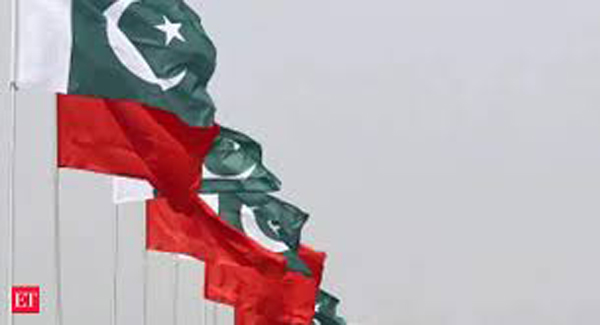 Pakistan, in its current state cannot afford the failure of CPEC as it is massively relying on the development of industrial infrastructure entailing the project and enhancing its exports for the revival of its economy. Also, mass-scale job creation is a dire need of the country that can be facilitated by CPEC. The Belt and Route, however, may have been primarily conceived as a land route and clusters of economic projects there was always more to the concept. The only thing that may help investments sustain, businesses survive and economies revive today is innovation, and BRI has swiftly adapted to new innovation including a Health Silk Route and a Digital Silk Route. The two that may serve not just China but the countries associated with the initiative in their quest for a bounce back. Any expansion of BRI or new initiatives by China will have great relevance and importance for Pakistan. Though export routes will remain a priority for China as it enhances its provisions to the world in Health and other relevant technology. Expenditure on old footings in other projects may not be a priority. Pakistan’s fragile economy that was already under enormous pressure will be massively affected by the post pandemic developments and shifts in priorities on China’s part. Staying more relevant than providing an export route only is a goal to achieve for the country thus.

Development of local industries is a key priority area when it comes to attaining relative food and livelihood security as the outlook for physical movement and cross border transportation is bleak at the moment. Textiles, pharmaceuticals and production of other vital goods are industries where countries need to attain self-sufficiency. Pakistan is rich in raw material like minerals, food and cotton. Part of CPEC are the small economic zones to be built in order to install plants for processing these raw materials for export. Though there is a likelihood of reduction of investments in these sectors, these can play an important role in the revival of Pakistan’s economy.

Pakistan has less immediate potential to deliver in the IT sector, most of the work force it offers is unskilled labor. The country requires enormous support to catch up with the world. It is necessary for Pakistan to seek transfer of technology and capacity building to engage its young workforce and utilize them to the best of their potential. The already present incubation centers can be utilized for capacity building on war-footings. There is a need for enhancing the range of projects like CPEC Fiber Optics Project not only to improve the telecom and ICT industry of Pakistan anymore but also to ensure the continuity of everyday life and smooth flow of critical information.

As China expands its role in the global health care scene, the partnership between the two countries can be expanded to include the Pakistani pharmaceutical industry and thus assist China to cater for the needs of the world as well as gain desperately needed economic support through enhanced export and production opportunities. China is establishing itself as a leader in providing health support to the world. Pakistan can use the opportunity and seek help to equip its Basic Health Units (BHUs) to meet the requirements of a larger population base forming its workforce. Recent studies imply that while health care infrastructure may be of prime importance at the moment, it is widely dependent on utility infrastructure and connectivity infrastructure. Utilities like clean drinking water, electricity, developmental infrastructure; roads and modes of connectivity are vital for efficient supply chains and for smooth management of health care systems. Developing countries like Pakistan will have to focus on these sectors as desperately as they seek the revival of their economies and an escape from the pandemic.

The writer may be reached at [email protected]