Those who have seen “The Threepenny Opera” by Bertold Brecht and Kurt Weill may draw a parallel between “The Weimar Republic” in the 1920s Germany and today’s Brazilian democracy: both are fragile and dominated by rebel groups. In Germany, there were monarchists, nationalists, communists, democrats and vultures on duty who, taking advantage of the turmoil caused by others, corrupted the country that contrasted the misery of many with the wealth of a few. 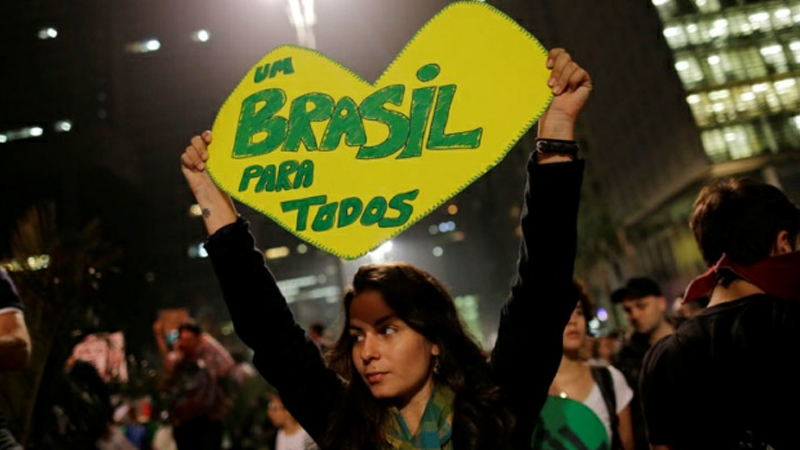 In Brazil, society has been frustrated by elections held over and over again for decades. There is nothing worse than hopelessness to give room to radicals and opportunists of any ideology. Ironically, since the foundation of the Brazilian Republic 130 years ago, the least we have had were republican rulers. Disappointments with “Saviors of the Nation” were successive: Getúlio Vargas; Jânio Quadros; Fernando Collor de Mello and Luís Inácio Lula da Silva.

Such shattered hope. The always-promised reforms were repeatedly postponed. The righteous expectations have never been completely fulfilled. What have we had then? Corruption, mismanagement, cronyism, political and social insecurity. Many problems that have compromised development.

Jair Bolsonaro was the most recent hope for generations of Brazilians who are unaware of full democracy because when basic rights are lacking, freedom alone does not make for a legitimate democratic state. Although relevant, it is not the president’s only duty to prevent corruption, even if his predecessors failed to fulfil this task. What about other commitments? Culture, for example, has not yet received from this government the care it requires a guarantee of freedom and progress.

The new “Savior of the Nation” uses slogans similar to those of Nazism: Deutschland über alles, (“Germany above all”). Or, as Adolf Hitler declared in his book Mein Kampf (“My Struggle”): “What the majority wants is the victory of the strongest and the annihilation or unconditional capture of the weakest.”

We must not let Brazil fall into the obscure radicalism of any ideology. The president seems to be looking for an honourable way out of a challenge for which he has not found himself qualified. He is the opposition of himself, seeking to become the victim of impeachment to leave power as a “hero.” For all we know, he had a plan to be the president “Jânio Quadros” that worked out. To resign, to return to the arms of the people, to fulfil the dream of being the “owner” of the country. To govern without the other spheres of power that he does not respect, as he supports demonstrations against them in defiance of the Constitution.

In Brazil, the consequences of Covid-19 contribute to the political and economic crises in a divided country: the opponents, the supporters and the vultures. Just as in the fragile German democracy of The Weimar Republic, of which history reminds us, did not end well. We want a country with peace, unity, respect and work. As the legendary Brazilian advertiser, Carlito Maia, once said: “We do not need many things, just each other. Wake up and progress!”

The writer is a Brazilian veteran journalist, seasoned lecturer and a prolific writer. He has a Doctorate in Education, Art and Culture History from the Presbyterian University Mackenzie. He is the author of 48 books in different genres with a focus on history, reporting and biography