In most of the developed countries, the COVID-19 curve has flattened but this obscures a tragic reality that the second phase of the crisis has begun. As the virus has spread to the developing world, several developing countries as well as many emerging economies, led by Brazil, India, Russia and Chile, are experiencing largest new confirmed infections. The resulting devastation will likely reverse years if not decades of economic progress. 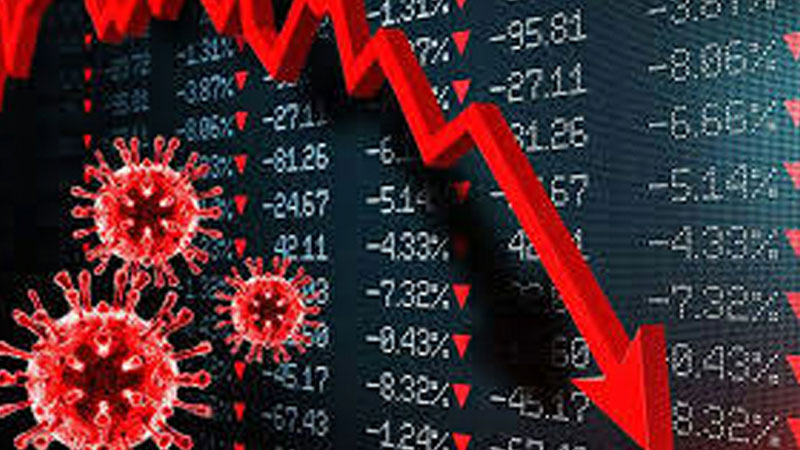 At first, it was expected that the developing world was being spared the worst of the Pandemic. Heat may have some effects in reducing the virus. The outbreak of coronavirus is very less likely to penetrate in the developing world because of its less connection for travel and trade as compared to the initial hot spots which were China and Europe.

Brooking Institutes report, as of April 30th, with 84 % of the world’s population low income countries were confronted with just 14% of the world’s known COVID-19 deaths. On the contrary, high-income countries took the lead by reaching 86%. Later, it was realized that several reasons are there for this low death rate in developing countries. It can be explained in part by a lack of testing and failure of diagnosis. There may be other factors such as a large share of nursing home deaths accounted for in wealthy countries which is uncommon in poor countries.

Over the last few months, coronavirus has moved slowly but steadily across South Asia, Africa and Latin America. Brazil has about 1,000 recorded deaths a day and the cases have risen exponentially. Apart from South Africa, the surge in confirmed cases has not been seen in other African Countries. The Wall Street Journal proved the proliferation/penetration of disease by reporting that the grave diggers are running out of space in northern Nigerian cities. They are resorting to burying bodies in the tiny spaces between existing graves or placing multiple bodies together in single graves.

The world has come to an economic stand still. What does the future hold, is unknown

If the curve in these countries does not start flattening, the damage will be worse than anything we have seen in the world. The population density and sanitary conditions make the rapid spread of disease inevitable. In India, a fifth of all known cases come from Mumbai, where around million people are residing in a slum which is 30 times more populated than New York City. Africa’s largest City Lagos has had relatively new infections so far where 2/3 of its inhabitants live in slums many take crowded buses to work means that it is likely only a matter of time before the number rises. Hospital facilities in lower income countries are scarce. In Bangladesh, there are eight hospital beds for every 10,000 people which is a quarter as much as the USA and 8th as much as the European Union. There are fewer than 2000 ventilators across 41 African countries, compared to a 170,000 in the USA. In many of these countries, large segments of population make just enough each day to feed themselves and families. So governments face a deadly dilemma. If you shut down the economy, people will starve. If you keep it open, the virus will spread. The effects of pandemic will be brutal for the emerging economies. Then they will face a debt crisis which will hit the developing world very hard. The US, Europe, Japan and China also face economic setbacks but it will be ameliorated by massive government spending. These countries can borrow trillions of dollars at low interest rate with relative ease. That is not the case in poor countries; those are already trapped in a debt crisis. They have to borrow loans in dollars which must be paid back in their rapidly depreciating currency. In return, they will fall prey to hyperinflation. Over the last few decades, trade has been accelerated because closely evolved ties among several countries globally. The emerging economies grew at a rapid pace and standard of living rose. Even after the global financial crisis, developing countries recovered faster than the rich ones.

A massive reduction in extreme poverty was the reality of 21st century. From 1090 to 2010, the share of humanity living on less than a 1.25 dollar a day was cut in half. This UN Millennium Development Goal was attained five years ahead of schedule. Now the work of decades is being undone in months. Coronavirus could derail decades of progress in the developing world. Various studies estimate that somewhere between 100 and 400 million people will be pushed back into extreme poverty. In this the most crucial measure of human progress we are moving backwards and fast.

The world has come to an economic stand still. What does the future hold, is unknown. The giants of the world are trying to solve this massive financial and economic puzzle. The third world countries are in utter bewilderment and quite rightly so, looking at the superpowers for some direction and solution. There has to be measures taken to overcome this mess of a situation. HOW, WHO AND WHEN are the real questions. Let’s hope there would eventually be some silver lining to this darkest of the clouds..