“When plunder becomes a way of life for a group of men in a society, over the course of time they create for themselves a legal system that authorises it and a moral code that glorifies it.” (Frederic Bastiat) 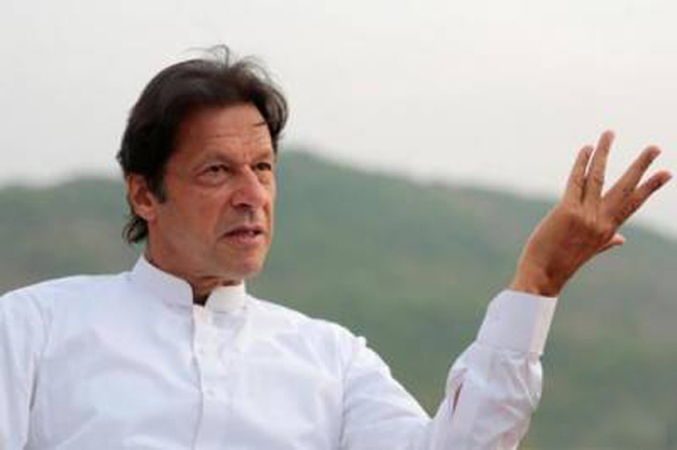 With Najib Razak’s 2009 election as Prime Minister, Jho helped him take over TIA and rename it 1Malaysia Development Berhad (1MDB). The fund was managed by Goldman Sachs.1MDB hit the spot-light when the Wall Street Journal reported in July 2015 that various companies linked to 1MDB had wired 700 million dollars to Najib’s accounts.

Investigators found a 681 million dollar payment to his bank account and a message from Jho telling him to expect 681 “American pies.” However, the Malaysian Anti-Corruption Commission reported that the deposited amount was “a donation and had nothing to do with 1MDB,” a statement reiterated by Attorney General Apandi Ali.

At a New York party thrown by Jho in honour of Najib Razak’s wife, Rosmah Mansor, Charlize Theron and Robert De Niro were in attendance. Rosmah evoked memories of the Imelda Marcos extravaganza. Images of her more than 500 top-brand handbags, hundreds of watches and more than 1200 pieces of jewellery estimated at 273 million dollars doing the rounds on social media sparked outrage in Malaysia.

Riza Aziz and Jho were accused of channelling 248 million dollars in 2012 to Granite Pictures, their LA-based film Production Company. With this stolen money, Riza co-produced and financed “The Wolf of Wall Street,” directed by Martin Scorsese starring Leonardo DiCaprio, which earned an Oscar nomination and helped DiCaprio bag a Best Actor Golden Globe award. DiCaprio thanked Riza and Jho (both present at the ceremony) in his acceptance speech.

Ironically, the film centred on greed and corruption! It was based on the autobiography (with the same name) of Jordan Belfort, a Wall Street stock-broker turned hustler, who was handed a four-year prison term for fraud. Today, Belfort is a motivational speaker; his webpage boasts, “Jordan Befort / The Wolf of Wall Street!”

On DiCaprio’s 38th birthday, Aziz and Jho presented him Marlon Brando’s “On the Waterfront” best actor Oscar statuette. Gone “missing” from Brando’s home years earlier, it was purchased for 600,000 dollars from a Hollywood memorabilia dealer. Riza, who faced five counts of money laundering, agreed to return 107.3 million dollars in a plea bargain. Tommy Thomas, Malaysia’s former Attorney General, called it a “sweetheart deal that I would have never sanctioned.”

Jho is alleged of misappropriating 4.5 billion dollars from 1MDB. Big spenders at nightclubs and casinos are referred to as “whales.”

According to the book, Jho partied with Hollywood celebrities, models and singers including Paris Hilton, Miranda Kerr, Lindsay Lohan, Kate Upton, Britney Spears, Kim Kardashian, Jamie Foxx and Leonardo DiCaprio. On her 29th birthday, at a party at the Venetian’s TAO nightclub in Vegas, Jho showered Hilton with expensive gifts along with 250,000 dollars in gambling chips so they could play baccarat together.

Prime Minister Imran Khan is up against an all-enveloping hydra, fed and nourished zealously over decades with a glut of ill-gotten wealth

Back in Malaysia, Muhyiddin Yassin was axed from his Deputy Prime Minister post and removed from UMNO in 2016 after he publicly demanded Najib Razak explain his role in the 1MDB corruption saga. During the 2018 elections, Muhyiddin joined hands with Mahathir Mohammad and Anwar Ibrahim forming Pakatan Harapan (PH), a coalition that contested and won elections, riding a wave of unprecedented public outrage over the 1MDB corruption scandal.

Najib and his wife were prevented from leaving the country as handbags, jewellery and valuables worth more than 256 million dollars were seized from properties linked to them. Like all politicians accused of monetary wrongdoing, Najib termed this as “politically motivated and the result of political vengeance.”

Less than two years later, Muhyiddin brought down the Mahathir government when he defected with more than 30 MPs and formed an alliance with his old party UMNO. This was even though Malaysians had viewed the ouster of Najib Rajak as a new beginning for the country. Now, Muhyiddin Yassin is the Prime Minister but Najib Razak’s UMNO calls the shots as it is the governing coalition’s largest party with 39 seats.

With the Najib Razak coalition back in power, it took a mere three months for the prosecution to drop all 46 charges of bribery in timber concession deals and 94.6 million dollars money-laundering against Musa Aman, former chief minister of Sabah state in Malaysian Borneo and a senior figure of Najib’s UMNO. This resulted in his acquittal by the Kuala Lumpur High Court. Najib, in these post-Mahathir months, has been very vocal about his own “exoneration” and even speaks of revenge against those who worked against him, once his cases are “settled.”

This write-up is not meant to be a narrative about Malaysia’s game of thrones or the sleazy glitz of dirty money. It is very much about how cash remains king, more so audaciously in our part of the world. If we switch the country’s name from Malaysia to Pakistan, no marks for the similarities (less Najib calling the shots again) and names that minds conjure up for the “wolves” turned “motivational speakers,” who flaunt their family/crony specific Midas touch as the means to their overflowing coffers.

Prime Minister Imran Khan is up against an all-enveloping hydra, fed and nourished zealously over decades with a glut of ill-gotten wealth. Trying to vanquish this hydra, with detractors galore from the opposition to the more potent ones within, is indeed a herculean task.

Those of us who have pinned our hopes on Imran Khan; we wish him the strength to parry the moves of this repeatedly tried much-tested cabal of “motivational speakers.”

The writer can be reached at miradnanaziz@gmail.com