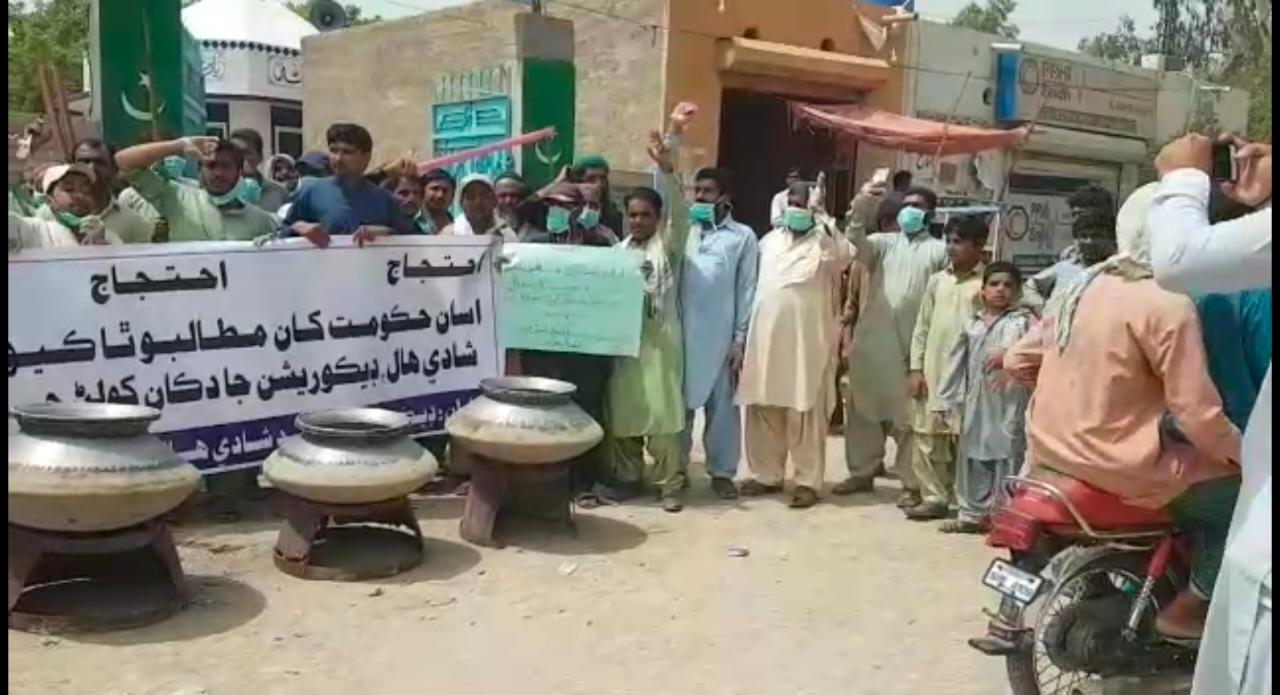 KAMBER: The leaders of the decoration shops and marriage hall owner’s recorded a protest demonstration for the acceptance of their demands outside the press club today addressing on the occasion, the protesting leaders including Zahid Mangi,Mujahid awan,

Sohail Soomro and others said that their businesses have remained closed since the past five months due to the prevailing conditions in the country which has resulted in manifold problems for them. They added that due to closure of their business thousands of workers have also been rendered jobless.

He warned to expand protest and march towards Chief Minister House, if their demands were not met. The association’s general secretary Khawaja Tariq said there were 800 marriage halls, banquets and lawns in Karachi whereas a total 13,000 halls in the country and almost 50,000 families were attached to this. Despite closure, utility bills were being received by them and the K-Electric was sending inflated bills, he added.