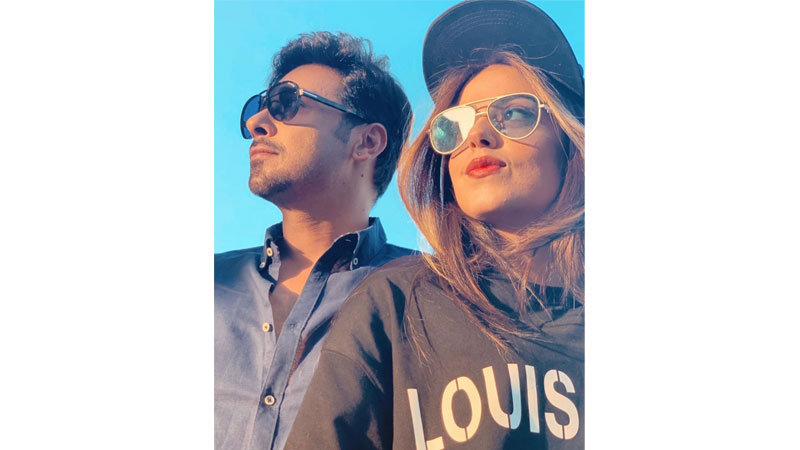 Currently garnering rave reviews for her brilliant performance in a negative role in Pyar Ke Sadqay, the versatile Yashma Gill is all set to appear on our screens in an entirely new avatar in ‘Gustakh’ opposite veteran actor Faysal Qureshi.

Starring as ‘Ania’; Yashma Gill will be essaying an innocent and sweet girl who is overshadowed by others and will be seen floundering for her love and loved ones in the play. Yashma will be sharing the screen with Faysal Qureshi, Faryal Mehmood and Ali Ansari among others.

Talking about the new drama, Yashma Gill said, “I am so happy I got to work alongside this amazing cast – it was a wonderful experience! Playing this role has been really enlightening for me and I can’t wait for everyone to finally watch Ania’s story.”

Written by Saima Akram Chaudhary of Suno Chanda fame, the drama is directed by Najaf Bilgrami. The play is slated to go on-air from Thursday 9th July 2020 on Express TV.

Having proven her versatility and acting mettle with her commanding negative roles in ‘Pyar Ke Sadqay’ and ‘Alif’, this rising young talent has been impressive with her distinctive choices of role ever since her debut in the industry. The budding actress has also launched her own YouTube channel and has been stealing the limelight with her uber witty vlogs.

Young Pakistani actress, model and vlogger, Yashma Gill has rapidly made a name for herself by playing strong characters in hit serials like Piya Naam Ka Diya, Ab Dekh Khuda Kya Karta Hai, Alif and Pyar Ke Sadqay. In addition to her acting accolades, Gill has gained immense fan following as a digital star where the audiences love her unique looks, energetic and approachable personality.