The dynamics of Sino-US competition

THE US has adopted a competitive approach toward China. It has declared China as a major ‘strategic competitor’ and a ‘revisionist’ power that has been in quest to supersede the US in Indo-Pacific regions, promote its state-driven economic mercantilism, and reorder the existing international system to its favour. The US has also accused China of practicing ‘predatory’ economic policy to coerce other countries in the region to increase its outreach. While China has been with the view to building a ‘community of common destiny for mankind’ to work for the development and progress of impoverished countries. Washington, however, considers this concept ‘vague and empty propaganda’ that is aimed to restructure the US-led international liberal order to get strategic advantage.

However, it is no surprise that the world has again become a multipolar order as the US started to experience relative decline and some other countries continued to rise and resurge. No country has alarmed the US to such a great extent as China has done. Its exponential economic growth over the past two decades has enabled it to be the second largest economic power. Beijing can subsequently translate its economic might to military prowess. Today the US stands at odds with China that Beijing may challenge its position at the world stage in the foreseeable future.

Certainly, growing divergence between the US and China pushes both countries at the cusp of a new cold war

Certainly, growing divergence between the US and China pushes both countries at the cusp of a new cold war. The trade war waged by the Trump administration is however prelude to greater strategic competition beyond the economic sphere. China seems to have been in quest to attain more political influence within the US-led international system, bruising Chinese interests and pushing it to the wall can bring both powers at the brink of conflict. The strategic competition between the two not only divides the world into two competitive poles, but it may also steadily tighten bipolarity to resume nostalgic Cold War policy of creating alliances as well as counter alliances. As a result, the post-Cold war ‘hot peace’ gets stored in low temperature, a new Cold War becomes imminent. 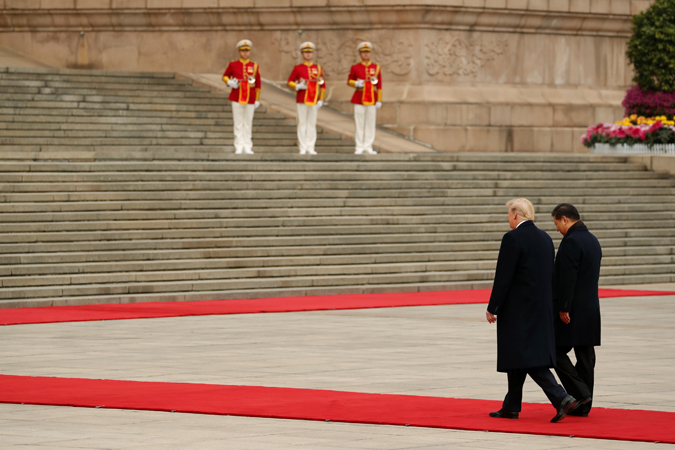 Fundamentally, the dynamics of Sino-US competition can be periodic as well as ‘structural competition’. In periodic nature, the dynamics of growing rivalry have been considered to be primarily of short terms. Although the Trump administration seems to have been using aggressive foreign policy toward China, it is believed that the new administration – if the presidential nominee of the Democrats Party Joe Biden wins the November election – might explore avenues for cooperation. And he perhaps pursues reciprocal foreign policy to engage with China. It thus helps close the chapter of periodic antagonism, and the pendulum will swing toward cooperative engagement.

Equally, divergent strategic interests and structural competition must not be shrugged off between China and the US. This competition could be fundamentally incessant or of long term in nature. It not only deteriorates Sino-US relations, but it can also polarise global politics in a great magnitude. It is obvious that the future course of global politics can be shaped where the US and China stand. And structural competition to reshape the composition of the international system could be perilous. However, Sino-US structural competition have multiple dimensions: the nature of governance, world economic system, global technological order and security configuration of the world. Can the US adjust China within its sponsored international system to circumvent future confrontation? But looks unlikely.

The Trump administration has been considering economically disengaging with Beijing in order to exhaust its economy. Since commercial intercourse has potentially palliated tensions between both countries, economic ‘decoupling’ will prove to be disastrous. The ongoing trade war and the US policy of economic disengagement could compel China to explore alternative markets for its products. It certainly deprives both countries of one of the important common grounds for bilateral engagement.

Notwithstanding divergent geopolitical ambitions, the US and China can work on shared objectives to avoid a dangerous path of conflict. 1) It is quite certain the post-pandemic world will experience an unprecedented economic crisis. It offers an avenue for engagement to cooperate on global financial stability that helps overcome mutual truth deficit. 2) Climate change is another common challenge that also needs collective response and creates a window for constructive engagement. 3) The nuclear proliferation of North Korea poses challenges to world peace. The US and China can cooperate to deal with this crisis and prevent future nuclear proliferation. 4) The Covid-19 has caused the worst global health crisis. Both countries can work together to minimise its impacts and prepare to deal with any such global health crisis in the future. Working on these shared objectives not only repels Sino-US confrontation, but it can be instrumental for world stability, too.

The writer is an analyst in Islamabad