Death and Despair: What have we learned from the Covid-19 pandemic?

As I write, there are close to six million COVID-19 cases globally with nearly 400,000 confirmed deaths. Also, some have died and remain unaccounted in many countries. The US has now recorded over 103,000 deaths due to coronavirus–a grim and ugly milestone that shall remain a historic tragedy to mourn and remember for all times to come. Even when we cry and collectively grief for those known and unknown deaths, how do we deal with the despair caused by the rude reality accompanied by the uncertainty of the pandemic? The invisible virus is moving like a terror haunting everyone, everywhere. Those who already died of coronavirus were loved ones in their families; thus, the losses and the grief can’t be measured and are irreparable. Unfortunately, it is not over yet. 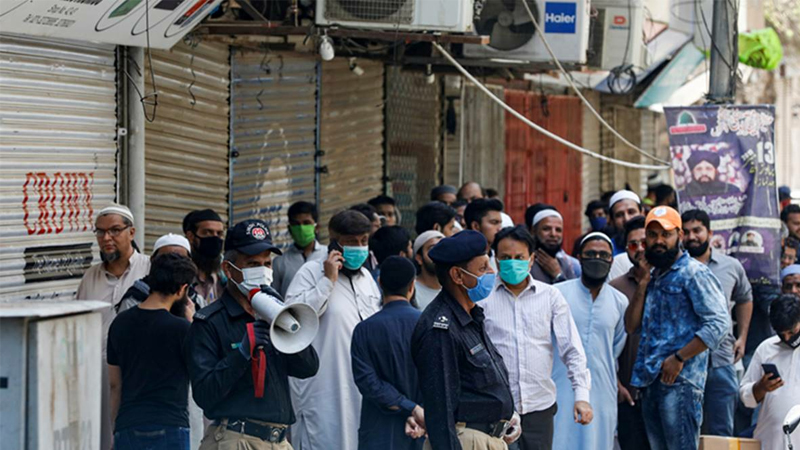 Brazil recorded 126 deaths per million population. The tragedies associated with COVID deaths in these countries, particularly in the US, Brazil, Spain, the UK and Italy are largely outcomes of late responses, inadequate preparedness, weak and/or lack of access to public health infrastructure and a lack of coordination between the federal and state governments. Despite the raging pandemic, often with an upward trajectory such as in many states in the US, some are lifting the stay-home and other restrictions and gambling on early and phased re-opening of the economy. Americans love dollars over health. Will it work? South Korea, which was touted as the “model” for containment and was later reopened, enforced a shutdown again due to a spike in virus infections in some clusters.

Countries in Asia – for instance, Bangladesh, India, and Pakistan – have not yet experienced the peak despite their surging numbers. For instance, Bangladesh, with 54 cases and 5 fatalities in the first week of April, is now 22nd on the list with 42,840+ cases and 583 deaths, although many may still have remained unaccounted for caused by the slow pace of testing, tracking and reporting mechanisms. The surge will likely continue in the coming weeks due to potential transmission during Eid travels/holidays and the recent massive evacuation of 2.5 million people in the coastal districts, which was triggered by the super cyclone Amphan to some 8,000 enclosed cyclone shelters risking the further spread of the virus.

India, which ranked 15th globally with 29,451 cases in the last week of April, jumped to number 9 on the list with 167,250+ cases. New cases average over 1,000/daily. This still seems low due to lack of access to testing, now at 2,527/per million population. A religious gathering in mid-March in Delhi reportedly led to a huge surge. So far, the highest number of cases have been reported from Mumbai and Pune. Migrant workers are becoming affected at alarming rates. The caseload will likely approach a million within several weeks. Lockdown in India with 1.3 billion people has many challenges, particularly for those who are poor and are living in packed slums in cities, face scarcity and hunger. Worried for its economy, the restrictions are slowly being lifted and it will completely re-open on June 1.

Pakistan experienced a significant surge in the month of May. It is now 18th in the global COVID list with 64,028+ cases and 1,317 deaths against 14,079 cases and 300 deaths reported in the last week of April. Unable to control the spread of the virus, the government urged citizens to follow the mandated standard operating procedures or face further lockdowns after the Eid holidays across the country. To many, flattening the curve and containing the virus through lockdowns are already irrelevant. The lockdowns were initially limited to major urban centres but the virus has now hit all corners. It is unclear whether another lockdown is the solution and, faced with an economic collapse if it can be enforced at all.

The coronavirus has brought endless miseries to our lives everywhere. The economy is at disarray. We have lost jobs, livelihoods and the so-called new normal is messing up our social lives. Some of these effects might linger for months, even years, and alter the way we live in the future. So, as we mourn the deaths – known and unknown -, we need to reflect on the combined effects of the pandemic on public health, the economy, our work, our social behaviour and the family. The tragedy of the pandemic hinges on how we stop it. A noted expert summed it up so well: “I hope that we can resolve to learn more, test better, hold our leaders accountable and better protect our citizens so we do not have to reach another grim milestone.”

The writer is an international development specialist and an advisory professor at the National Research Center for Resettlement, Hohai University, Nanjing, China. He can be reached at mqzaman.bc@gmail.com.