Reading in the time of corona

They say the truth is the first causality of war, the same has been the case in the pandemic as well.

The spread of fake news has been as deadly as the COvid-19 viruse as itself. Any manner of unverified news is forwarded through WhatsApp and Social Media as hard fact; no wonder there is such a diversity of conspiracy theories about the COvid-19 virus chief among which is that there is no such thing to begin with!

Yuval Noah Hariri the author of the best seller Sapiens has proposed a COVID-19 test to weed out the conspiracy theorists. If anybody claiming to be an authority on the virus and does not know how virus infect and spread should not be believed. That’s a fairly simple test except the one asking that question should also have a fair idea about the viruses as well.

To separate the signal from the noise, there is an assortment of books on viruses originate, operate and replicate, that would be a vital source of information in these trying times: 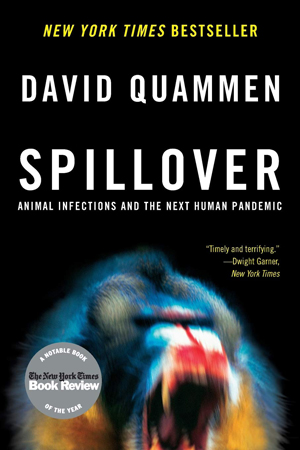 SPILLOVER: ANIMAL INFECTIONS & THE NEXT HUMAN PANDEMIC BY DAVID QUAMMEN — the author speaks from decades of work on the field as a virologist. It’s a sprawling account across continents and ecologies that have been the breeding ground of viruses from Ebola, HIV to news ones like Henda and SARS virus. The central idea as the title of the book suggests is how many viruses make the leap from animals to humans hence the term ‘Spillover’.

To separate the signal from the noise, there is an assortment of books on viruses originate, operate and replicate, that would be a vital source of information in these trying times

As humanity encroaches on animal habitat and consumes a wide variety of meats the spectre of new viruses jumping species is ever likelier. It is worth mentioning that the current COvid-19 outbreak did most likely originate in the wet markets of Wuhan where a wide variety of captive animals like bats, pangolins et al are consumed for their meat. The author event visits a breeding farm of Chinese Bamboo Rats that are considered a delicacy. It’s an engaging and informative read that would doubtless expand your view on how and why viruses are leaping from animals to humans so often. 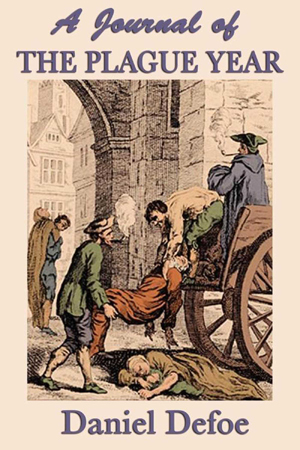 A JOURNAL OF THE PLAGUE YEAR BY DANIEL DEFOE — the year is 1665 and the bubonic plague ravages London. People are confined to their houses often against their will, people drop like flies, a general sense of resigned despair ensues against an invisible foe that is considered a Divine curse. Despite the plague being centuries apart, it has strong echoes into the present day pandemic, giving us the valuable insight that despite all the technological and scientific progress, human nature still remains the same. A lucid account of by the author of Robinson Crusoe has been hailed by even the likes of Orhan Pamuk as essential reading during the COVID crisis. 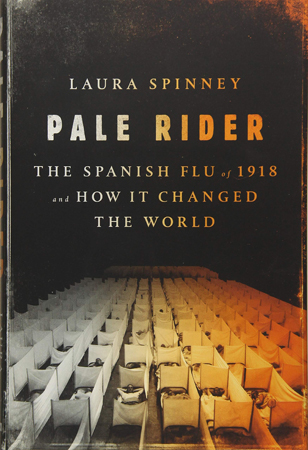 PALE RIDER: THE SPANISH FLU OF 1918 & HOW IT CHANGED THE WORLD BY LAURA SPINNEY — if you think that the COvid-19 is unlike anything that we have faced before? Then think again. The ‘Spanish Flu’ took an estimated 50-100 million lives across the world- a figure more than the casualties of World War l and World War ll and yet it has never featured heavily in the public imagination. Drawing from a wide variety of sources Laura Spinney weaves an account of the biggest killer of Humanity ever faced and so conveniently forgot later on. It’s a timely rumination on how disease as much as conflict has shaped human history through the times. 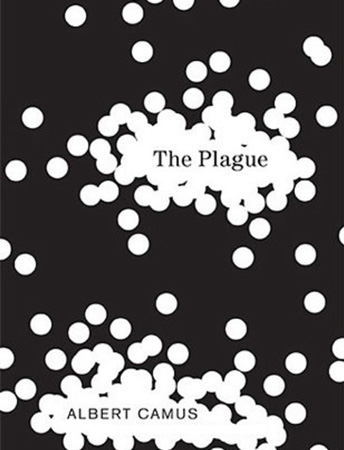 THE PLAGUE BY ALBERT CAMUS — last but certainly not the least, Camus’s The Plague has been the novel on everyone’s list of late. The author of the wide acclaimed The Stranger takes us to French Algerian town of Oran where a plague is ravaging the town In terse, powerful sentences he provides penetrating insights on how we grapple with death and rescue meaning in a dangerous, uncertain world.

Honourable mentions – the Bethrothed by Alrsaandro Manzoni – an account of a plague in Milan, Italy in 1630. One can draw parallels of the past and present day Italy’s response to a pandemic.

The Rules of Contagion by Adam Kucharski: A good primer on mathematical modelling of Pandemics and how data is an aid in predicting the extent of infections.