Virulence or no virulence, we hear theories where we are told that strain here in South Asia is less virulent, less capable of causing death. Or the other one that suggests that BCG vaccination that we all received against Tuberculosis under the EPI programme which leaves a scar on our upper arm, provides us with some probable resistance. Similarly, those areas that were infested with Malaria and were historically using anti-Malarial treatment especially Chloroquine, are more resistant. Finally, we hear our elders saying that being exposed to such filthy, polluted environment and consuming substandard food and still surviving as a nation, has provided us with a divine shield; the immunity that would protect and guard us from any calamity. All of these theories that we although cannot prove yet, but still so want to believe. 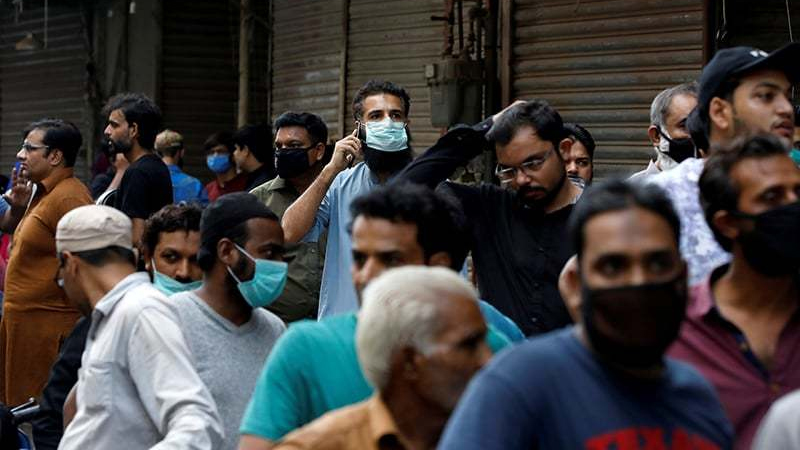 The instilled fear due to the sad demise of thousands of patients globally brought about a number of very positive changes on individual, community and societal levels in Pakistan. Many speculations and beliefs changed. We realized that washing hands is not simply rubbing hand under flowing tap water, but there is a whole science and protocol to it. Society shifted with respect to realization that a handshake is neither mandatory nor an obligation. Better understanding of space, personal space, hygiene and sanitization developed.

Donning a face mask (of various colours and material) and carrying a pocket sized bottle of hand sanitizer (with probable knowledge of its alcohol content) has transformed from being a somewhat OCD trait to a new norm. New sets of rules, while entering and exiting the offices or buildings, govern the daily routine while there is surge and acceptance of educational activities being conducted online.

Nature, at its worst, is best but an equalizer

Nature, at its worst, is best but an equalizer. We realized that when Nature starts its balancing act then no materialistic aspect can come in its way. Be it cash, petrol, museum, theme parks, cinema, luxury car or a swimming pool. It all boils down to the survival instincts of human race, as a whole.

Families got more time on their hands together thanks to the unwanted Lock-down. More home based activities involving parents and siblings started to dot the social media forums. From cooking together to board games and from watching films to gardening and raising pets; we are way closer with our loved ones than ever before. It is like shifting back to the era of 80s and 90s, with less going-out and more staying-in activities.

We finally realized the importance of Health care sector. We felt more responsible towards them and began to own and owe them more. The Front-line warriors, including Doctors and Paramedical staff, were always the Front-Line warriors in a number of preceding outbreaks in our country over the years. We have to understand and acknowledge that it is the ‘society’ which finally came to term with and realized now after the current Corona outbreak only, that these Health Care Professionals are the real front-line warriors, though this has been the case since ever.

Even the corporations, who would otherwise engage in cut-throat competition at the stake of almost anybody, were showing more responsibility towards the society as a whole. Whether this empathy, toward their employees and workers, was of their own, independent will or forcefully implemented by the Government remains debatable, but they are also playing a major part in curtailing the spread by adhering to different SOPs against Corona Virus.

We realized that no catastrophe can beat the essence of Edhi out of our society. Philanthropy is one of the best aspects of our nation. Not only the Government, both Federal and Provincial, or NGOs like Edhi, JDC, Al-Khidmat, Saylani, or even common man hailing from all economic strata came forward with their selfless contributions for their fellow mankind.

As the spread of coronavirus started to shift from China, USA and Europe, to Middle East and South Asian countries, the narrative of many locals also changed from ‘Allah ka Azaab’ to ‘Allah ka Imtehaan’. Best aspect, out of all this, was timely understanding and acknowledgement of the pandemic, regardless of the ignorance of its pathogenesis, prognosis and spread.

I sincerely hope that we survive and outlast the scare that this pandemic is causing across the globe. Being part of society which has a very short memory span, we tend to forget the hardships, different disease outbreaks, heat-waves, fatal bomb blasts or lock-down strikes of political parties very quickly. We might overcome the coronavirus scare and its long-lasting repercussions as well. But, as a nation, we are still better off since we are accumulating a lot of positives which we might incorporate in our daily norms and life-styles in the longer run, which one way or another will remain beneficial for all of us.

Stay at home, stay safe and wash your hands!

The author is a physician and healthcare leader. He tweets as @Ali_Shahid82