Akin to the landslide method of rupee devaluation rather than a slower downward adjustment, the government’s “wildfire” strategy of infection spread in place of a well-controlled and monitored spread has its roots not in the logic and methodical proof of science but rather in the impatience and populism of politics. 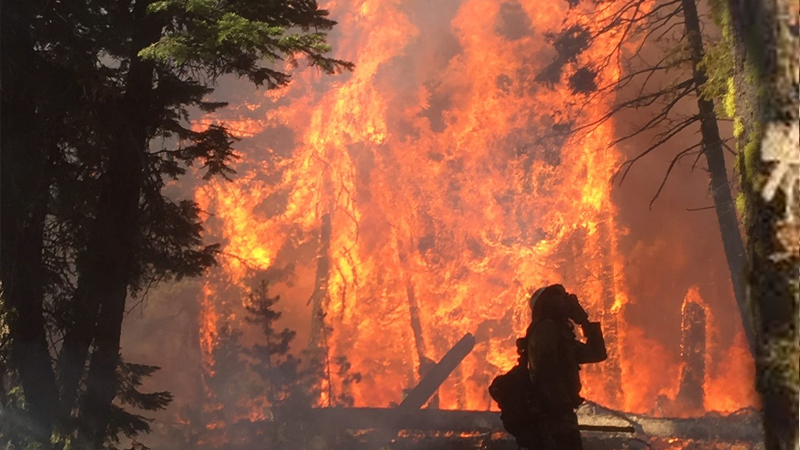 Our strategy against the unchecked spread of the novel coronavirus was doomed from day one by the cavalier “No Fear” rhetoric. To anthropomorphise an invisible virus, imbuing it with the human quality of intent and invoking the jargon of war to deal with its effects, was a great disservice to the millions of poorly educated and superstitious citizens, who took those words to mean that caution was cowardice and to practice social distancing was to show fear and allow the virus to win the battle. That initial choice of words, the imagery that was invoked and the bewilderment on display will remain a lasting regret for this country.

The power of time in compounding both the misery and the benefit, which arises from a country’s actions and inactions, is often underestimated. For decades, we were frozen in place debating Kalabagh, entrenched in our positions, unheeding the world’s exhortations and scorning the other’s opinions. Today, we stand on a precipice as a country at extremely high risk of complete water scarcity in the very near future. While we were mired in inaction, countries around the world, especially in Asia, spent the past few decades building dams and Iran became the world’s third-largest dam builder after China and Japan with over 600 large and small dams. Now, the era of the large dams, which dwarf the landscape and operate as a powerful driver for economic growth, is over as environmental impact assessments and conservation legislation has synchronised with a decrease in available funding for multibillion-dollar giant dam projects. The much-vaunted Diamer-Bhasha’s topographical, seismic and logistical challenges, paired with an astronomical and ever-ballooning price tag, makes it more and more a mirage for tired and dreaming eyes.

The early 1990s saw enormous excitement at the prospect of cheap energy to drive economic growth courtesy the170-billion-tonnes of coal deposits lying beneath the sands of the Thar Desert in Sind.

Feasibilities were commissioned and contracts were signed with great fanfare. With a power generation potential of 100 gigawatts, people waited for the necessary and concerted action between the centre and the province, which would allow us to access this cheap and domestically-sourced energy to help reduce an ever-burgeoning oil import bill; open up immense employment and small business opportunities and allow for the take-off of the industrial sector. But the ad-hominem politics of Pakistan, coupled with the strong nexus between the oil import lobby and the government, resulted in a manufactured delay until the world changed and global warming resulted in the rise of renewables.

In Pakistan, minister after minister publicly “regrets” the ignoring of government SOPs but shies away like a scalded cat from any discussion about the government’s legal and moral duty of enforcement

Coal has had its heyday and again we regret that Pakistan was never able to overcome its structural weaknesses to the point where we too could have used this great bounty to lift the country. During these decades, many countries in the region used coal to power their economic engines. India developed its coal mining and coal-fired power plants to provide close to 200 gigawatts of energy for the country and, having utilised its coal, is now slowly moving towards renewables. Indonesia spent the intervening decades; becoming the fourth-largest coal producer in the world and the largest coal-exporter. We never seem to learn that while possibilities are endless, the time for action is finite. The list of lost opportunities for Pakistan goes on and on; ranging from infrastructure projects to population control measures and the trend continues with our current crisis. A novel coronavirus was sweeping towards us like a tsunami leaving in its wake a different world. Appearing on the horizon a scant few months ago, this virus and its mortality rate has been compared rather fallaciously with the mortality rates of long-established and studied diseases for which tried and tested treatments and vaccines already exist.

A rational response to the limitations of knowledge is to pause and take stock and, when you are responsible for the well-being of millions, you always choose caution. But the shield of obstinacy was raised and our response steamrolled over the objections and naked pleas of many front-line doctors and nurses who were left begging for an actual and enforced lockdown; not the half-hearted attempt at such that we experienced.

During this time, Islamabad was overrun by special-interest groups; hot-footing it to the upper reaches of government, clamouring for their usual exceptionality. The religious right, politically ascendant for the first time since General Zia, led the charge and the government followed as across the rest of the Muslim world, caution was employed and science was allowed to take the lead in informing decisions at the highest levels. Many countries, rich and poor, pivoted away from the herd-immunity strategy as much for the attrition rate as for the fact that it would always be the poorest segment of society that would have to disproportionately bear the monstrous cost. And in Pakistan, as minister after minister publicly “regrets” the ignoring of government SOPs but shies away like a scalded cat from any discussion about the government’s legal and moral duty of enforcement, we are bombarded with the false dichotomy that the only choices we had were to lockdown or not.

These two choices anchored the opposite ends of an entire spectrum of options and actions where no one country chose to stand at the same place as another but, all chose to let science and knowledge lead the way rather than politics and special-interest groups. Our comparison was never with European countries and their demographics and climate and social safety net but rather with the slums, population density and Bolsanaros of Latin America. The first wave has only just started to fall across this nation and our dandelion decisions and ephemeral enforcement have only exacerbated the risks for the poor encouraged to live the “No Fear” doctrine.

The writer is an investment analyst and can be reached at raanas@gmail.com