The horrendous hospital attack in Afghanistan is the latest of several incidents which threaten to derail the country’s fragile peace process. Kabul is no stranger to terrorist violence and has been the target of numerous coordinated attacks directed against the security forces and massacres perpetuated against the general civilian population. However, the events of May 12th, when three suicide bombers detonated explosives in Kabul’s Dasht-e-Barchi maternity hospital, are shocking and represent a new low in the country’s war ravaged history. The Kabul attack, which drew widespread condemnation from the international community, killed more than two dozen infants, mothers and hospital staff. The devastating violence and scenes of chaos in Kabul overshadowed an earlier suicide attack at the funeral of a pro-regime warlord in Nangarhar province. The funeral bombing also exerted a high casualty count, with more than 50 killed and wounded. 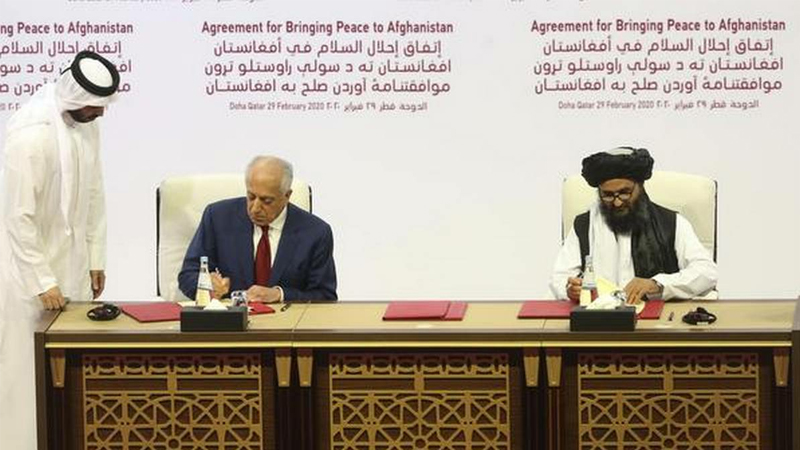 It is important to note that the Dasht-e-Bachi hospital is located in close proximity to Shia Hazara settlements in Kabul, which have been disproportionately targeted by terrorist organizations. In its statement condemning the attack, Amnesty International appealed to the global community that “The unconscionable war crimes in Afghanistan today … must awaken the world to the horrors civilians continue to face.” In its implication, the attack is tantamount to war crime, and it took place at the time when the world is searching for the ways to deal with the COVID-19 crisis.

History has sculpted Afghanistan into a palimpsest of overlaid internal and external patrons. Internally, a successive generation of varied ethnic warlords delineates the polity. Externally, a myriad of players interested in launching strategic great games encompassing proxy wars stake it out. The real Afghanistan is lost, if it ever existed.

The collapse of the Taliban’s central command in the wake of NATO’s campaign post-9/11 led to many of the militant group’s fighters swelling the ranks of the rival Daesh organization in Afghanistan. The Daesh captured substantial territory in Afghanistan after 2014, before counter offensives both by the Afghan National Army, as well as the Taliban, reversed many of its gains. Unlike the Taliban, whose heartland and support base stems from eastern Afghan provinces, Daesh has traditionally relied on bastions of support in the country’s western border region. The new wave of terrorist violence in Afghanistan should be interpreted as an attempt by Daesh to extract revenge for regional power brokers’ excluding its presence in February’s Doha peace process. For Daesh, the strategy appears to be one of mounting similar high casualty attacks, in an attempt to gain leverage in any future settlement in the country.

Though the Daesh claimed the responsibility for the suicide attack on the funeral, both the Daesh and the Taliban denied any involvement in the attack on the maternity hospital. Contravening all teachings of Islam, both militant organisationsremained involved in attacking hospitals in the past. For instance, in 2017, disguised as medical staff, militants representing the Daesh attacked the main military hospital in Kabul and consumed the lives of about 50 people. Similarly, in 2018, militants affiliated to the Taliban detonated an explosive-packed truck outside a hospital in southern Zabul province devouring the lives of about 20 people. Today, the whole of Kabul is sodden in grief over the loss of innocent children and women. A remote possibility could be that a splinter group from either the Taliban or the Daesh conducted the attack on hospital to grab attention.

Generally, Afghanistan is a hodgepodge of heterogeneous militant groups jousting with one another for power and resources. The post-9/11 effort of the US and its allies to introduce responsible government under an Afghan egalitarian constitution promising presidential democracy is the step still alien to the local overdeveloped warlord culture. The past haunts the future.

History has sculpted Afghanistan into a palimpsest of overlaid internal and external patrons. Internally, a successive generation of varied ethnic warlords delineates the polity

Despite possessing a sophisticated command and control structure, the Taliban is not a rigid militant organization. It can be better understood as a cluster of separate militias, each under the command of a regional warlord, who themselves compete for greater influence within the organization. While the Taliban has attempted to soften up its global image, the reality remains that the organization still derives its legitimacy from hardline Islamist notions, as opposed to popular support via democracy. Women remain amongst groups most vulnerable to the Taliban whereas the Shia Hazara are historically distrustful of the militants, owing to the Taliban’s core Pashtun support base.

The Taliban have also attempted to distance themselves from attacks targeting civilians by repeatedly giving out public statements that they are holding back from a major offensive to avoid civilian casualties. Instead, the Taliban claim to be fighting a just war by selectively targeting Afghan security forces.

What an act of compassion! Deadened are the feelings. Despite the agreement, recourse to peace is at a premium. The Daesh, however, stands excluded. Impervious to human suffering, the Daesh is all out to crossing all boundaries to either get the US-Taliban agreement dissolved or get itself included in the agreement. Expectedly, this time the Daesh is trying to drive a wedge of animosity between the Taliban and the Kabul regime. The Daesh is an expected perpetrator of the attack on the maternity hospital.
The thread common between the Taliban and the Daesh is that both yearn to inflict the medieval version of chirocracy on Afghanistan, the government ruled by physical force – whether in the name of religion such as theocracy or culture such as culturocracy – and not by argument. Rationality is few and far between. The state of nescience prevails in the areas controlled by either the Taliban or the Daesh. Their general behavior is indistinguishable.

One of the major repercussions of the attack is the growing dismay and dejection of the Kabul regime at the rising tide of terrorism hitting the soft underbelly of Kabul with all its ferociousness to gobble up peace and order. Afghan President Ashraf Ghani has ordered Afghan security forces to switch from active defence mode to an active offence mode to deal with an impending crisis upfront. This is what perhaps the objective of the attack was: to provoke the Kabul government into action and consequently forcing it to commit mistakes to open the field for any militant group to reclaim space in the Afghan affairs. The Kabul regime needs to raise the security of its vulnerable points and observe patience lest the gains of truce are lost.

Dr Tehmina Aslam Ranjha is an Assistant Professor at School of Intergrated Social Sciences at University of Lahore and Research Fellow at UoL Center for Security, Strategy and Policy Research.
Ammad Malik is a graduate of Mphil Political Science ,he is an independent writer