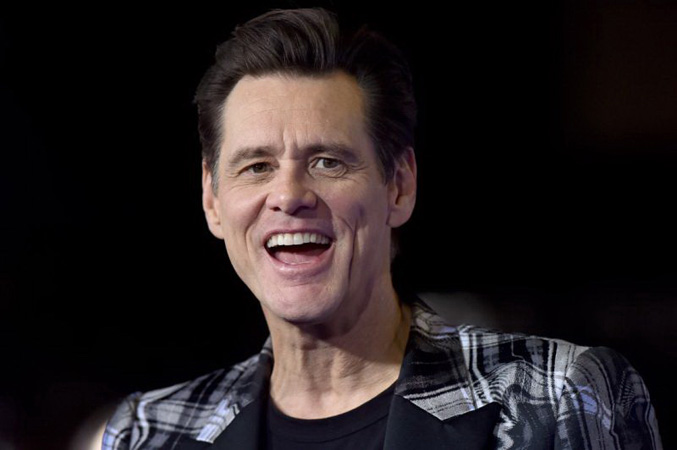 Jim Carrey just isn’t ready to stop painting Trump takedowns. While the Kidding star told Yahoo Entertainment in January that he was done creating his headline-making political-themed paintings — many with unflattering caricatures depicting the president — he’s back at it after a brief break.

His most recent piece calls out Fox News’s coverage of the coronavirus. Trump — with a crazy face, brows and grin as well as multiple chins — is driving a bus filled with germs directly at a man and woman pushing a baby carriage blindly walking into a crosswalk. Both pedestrians are wearing Fox News blindfolds and crossing against the “don’t walk” sign.

The conservative network has been criticized for its coverage of the pandemic. Some network personalities and commentators called the virus — which has killed more than 87,000 Americans — a “hoax” and “scam.” The network has since been sued over its coverage in an attempt to prevent the network from “publishing further false and deceptive content.”

At a press day in January for Carrey’s film Sonic the Hedgehog, the actor and artist said he was done shaming Trump and his administration in his art.

“To me, that was like a time, and it’s been a time, where I just wanted to be the lighthouse that was saying, ‘Hey, stay off the rocks, you’re headed for the rocks,'” Carrey — who holds dual citizenship in the U.S. as well as his native Canada — told Yahoo Entertainment. “We’re still headed for the rocks, but I’ve decided, ‘You understand my message, I don’t need to be steeped in it anymore.’ I think after a while … you get stuck in that kind of stuff.”