Crises are not like ripples caused by a pebble where they will be reduced to nothing in time returning back to the calm before. These world pandemics are like hurricanes; they uproot everything in their way and leave behind a chaos and destruction. The hurricane of CONVID 19 has hit hard Pakistan like rest of the world too. The world in all of its preparedness and economic flights has been thrashed back to its knees. Collapse of global oil markets has put tens of thousands out of jobs and billions of dollars frozen. The meltdown in oil markets doesn’t standalone and is spreading across various other markets stamping a question of sustainability challenge for the economic giants and a question of existence for the struggling nations.

With the developing situation and the projected trajectory we can assume that Pakistan, an already indebted country with grave economic crunch is going to be ushered to an even deeper economic peril. The step of the government to open up the businesses following SOPs and safety protocols is a good step as lockdown cannot stay forever and the masses of our population rely on their wages to provide sustenance and food for their family on daily basis. In this dark time, tough decisions need to be taken. And one thing that pandemic taught us inexorably is that when it is a state of crises, self-reliance is the key to survival. With almost all international borders closed and trade at halt, countries have to rely on the resources they hold in their hands. The post pandemic scenario is anticipated to be more enticed by nationalism and less of the globalization where countries are tending first to their own.

To counter the future crises for food which is impending, a Green Revolution Initiative must be ignited with immediate effect

In a recent Global Report on Food Crises generated by World Food Programme (WFO) it is indicated that hunger is anticipated to increase subsequently in the following few months. In Pakistan around 1.27 million people (25 percent of the population analysed) are expected to face crisis or worse conditions in the coming two three months. This report may not, however, engulf the economic downturn caused by the pandemic. We have sufficient ration at this point but in the next two to six months the situation will be worsened. With the economic downslide around of the globe and the termination of the international trade, this could lead us to a severe shortage of food after a few months. For this new normal, country wide holistic steps have to be initiated by the government and implemented with devout follow-up by all the citizens. To counter the future crises for food which is impending, a Green Revolution Initiative must be ignited with immediate effect. 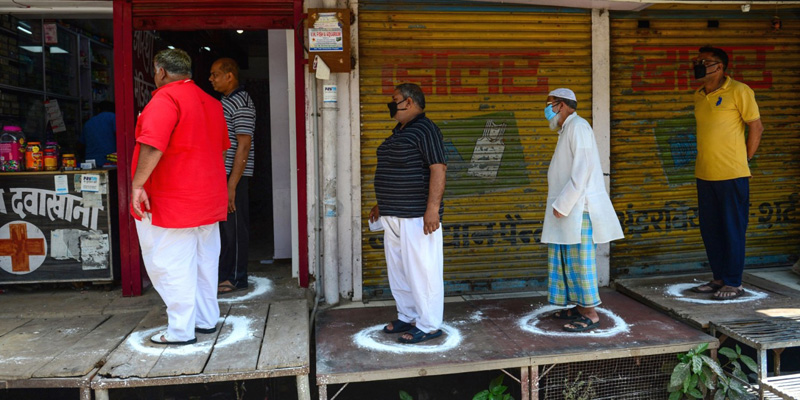 We already witnessed the same at the time of Ayub Khan’s green revolution where wheat was grown in every inch of land available. The system then brought the community of the farmers closer to the quarters of policy making. To support the green revolution, heavy investments were made in terms of irrigation systems, wells, canals and seeds etc.; the berry of which we still relish today.

The PTI’s government’s billion trees project has started to exhibit positive outcomes already. The thousands of trees planted in the artificial forest of Changa Manga under this project have demonstrated a 70% increase in the production of honey. This encouraging upshot can be directed to planting crops as well. We have barren land laying waste country wide. The policy may be created to make it mandatory for every land that can be cultivated cannot be left alone as an investment by the investors. Either they cultivate the land by their own means or lend their land on contract to the agricultural contractors where they take the land on annual rent and cultivate the crops themselves. For the cultivation of these barren lands, the government connexion and patronage is a must.

Apart from barren private land, the government should also implement this food security initiative in the lands owned by various government sectors. No inch of the government owned land is left un-cultivated. In urban settings the available spaces like empty plots in our societies can be utilized for the perseverance. Prime Minister Imran Khan gave a plan to eradicate poverty at the start of his tenure to make the people self-sufficient on poultry by raising and selling chickens and the eggs. Though it was mocked by many who were not able to see the long-term benefits but the same resourcefulness is being carried out by Bill Gates in poverty stricken areas and is being applauded. Following the same notion the citizens must be encouraged to establish kitchen gardens at their homes. These kitchen gardens may be grown on empty backyards, vacant plots, and flower beds and even in planters on the terrace and the roof top. The kitchen gardens can easily grow seasonal vegetables, tomatoes, lemon, green chillies, mint, coriander etc. On the bigger areas, wheat, barley, lentils and maze etc. can be grown.

With the utilization of barren land, jobs will be created and the start-ups can make use of the micro financing available in this sector. Moreover the imports of basic food rations may be ceased in time and the country starts to rely on its self-production effecting significantly on the current account deficit. If we are able to produce and keep producing at a larger scale we may be able to export these food necessities after catering to the need of the country first.

In my visit to Skardu city last year, I was immensely enthralled by the self-reliance of the locals in the city. They grew the basic necessary food items/crops on their land, lawns and in their planters. They grow their food and the food for their livestock and store for the harsh winters. The land in Skardu is surrounded by sand and dessert. I saw that even in a household that barely had four feet of land in their homes or outside along the road, they had grown wheat, barley, and maze plants along with seasonal vegetables. The roadside were planted with fruit trees that were laden with fruit. That society is built on looking after themselves and relying on their home grown resources first. Most of the households in the suburbs had a cow or a goat and chickens so they could have their own milk, butter and eggs to consume and to sell off. That can be taken as a practical example.

With the current hampering of the international supply chain, wiping of tens of thousands of jobs; the threat of rising of hunger is imminent not only during COVID-19 pandemic but even after the crisis is over. The economy will take some time to recover from the relapse. In the wake of this crises, let there be a green revolution for self-reliance in food security. We have been blessed with a country where we have soil so rich in minerals and we have the best of seasons to make all sorts of crops grow. The basic crops like wheat, lentils and vegetables can be home grown without any difficulty. Pakistan is among the top ten importers of US-grown pulses and lentils and its shocking for a country like Pakistan rich in agricultural potential to not be able to produce their own pulses. There are countries that do not have this capability of harbouring in agricultural industry and they have to rely solely on imports for food sustenance. Let not Pakistan be part of that league.

For the sake of food security and the lurking threat of hunger predicaments as projected by the trajectory of Pandemic, it is the need of the time that from today, the government starts the initiative to utilize all or maximum barren laying government and private lands in rural and urban areas to cultivate and grow crops to step towards food self-sufficiency. The green revolution must be about enhancing our potentials and exerting our available resources to become self-sufficient and self-reliant in the food industry as food security is obvious concern especially amid the challenge of COVID-19 pandemic and post-pandemic renaissance. Let there be a green revolution and the citizens get driven to plant crops on their lands, in their lawns and in their planters and as a country we move forward together to a better, prosperous and self-reliant post pandemic Pakistan.

The author is a freelance writer. She can be reached at @sadianq29@gmail.com