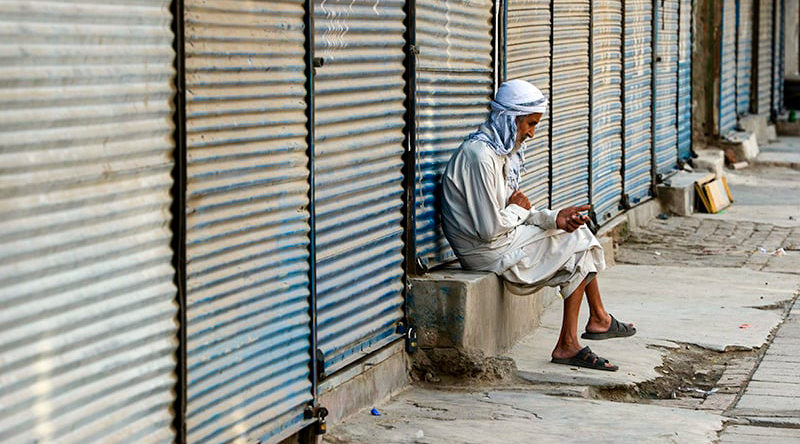 A large number of traders in Rawalpindi put the lives of the whole city at risk, as they opened their businesses on their own, violating government orders aimed at fighting and minimising the impact of the coronavirus outbreak, Daily Times learnt.

On March 23, the Punjab government had announced partial lockdown in the province to curb the spread of the virus. Exactly a month of the lock down, the traders finally started to open their shops and business points without any permission from the administration.

Chah Sultan- which is famous for the auto parts and car mechanic workshops is partially opened from last two days, and the mechanics are working without following the precautionary instructions issued by the government.

Similarly, traders of the college road, which is known for the electronic equipment, are also violating the lockdown policy. One person of each shops sit outside the shops to have a look on the customers and authorities keeping the door of the shops half open, and if any customer comes and demands anything he bring him inside the shop where another man inside the shop dealt with the customers.

General Stores that were advised to close at 5PM, are also remained open up to 8pm in different areas of the city with the half door open. Barber shops are also opened in most of the areas.

Asghar Ali – a shop owner at College Road – said, they have spent almost one month at home while the government did not provide them any kind of relief except extension in the submission of utility bill and rent. “We have spent all the saving and we are having hungers at home”, he maintained.

The government has no policy to facilitate the traders. In such circumstances how they will manage their expenses if they close the business for indefinite period without any compensation. Dr. Khalid Randhawa – Medical Superintendent Rawalpindi Institute of Urology – said that lockdown has two opposing impacts on society; the one is economic and the other is medical impact. Being a health expert, I will recommend strict lockdown, however, definitely that is not possible due to its economic impact. The administration has to decide the terms and conditions of the businesses. To a question regarding the non-serious behaviour of the people by not following the safety advisories, he said, they are putting not only themselves but also the whole society at risk, adding that such people should learn from Turkey. According to data available with the Daily Times, total 242 confirmed corona infected cases and 12 deaths have been reported in the district Rawalpindi. Of these, 63 patients had been discharged from different hospitals after their recovery and 167 are still admitted in hospitals.

District Rawalpindi is having 26 Quarantine facilities with capacity of 2810 patients. 1035 people were quarantined in different centres of the district, 867 of them are still in these facilities while 168 were discharged after completion of 14 days.