Enough of the facts we come across daily, enough of the propaganda political parties are affecting the province with. It looks like more of a war now. Suddenly we noticed a rise in child abduction in the province, and on the other hand people with political affiliations have started publicising the issue in a completely different manner. To begin with, they started posting pictures on social media and started sharing irrelevant data. The data had no relevance with the facts in Pakistan, infact the child’s photo which caused stir on the internet doesn’t even belong to Pakistan. Some people had started manipulating old data from other countries and putting it as the happenings in Punjab.

It is very unfortunate that instead of tackling with the current crisis, the political parties have made it a habit to bash the government with illogical and baseless stories. There is nothing wrong in highlighting the issues that involves law and order, health, education and basic civic facilities but not at the cost of creating panic.

Media has deviated from its core focus of spreading the news without giving it any biased flavor. It doesn’t even spare any opportunity to pass judgment or ruin anybody’s reputation, that too not for the sake of justice but for the vested interests. This further aggravates the situation which doesn’t let the system lead it towards the solution.

On the other hand, most of the news creates panic and people on the streets have very idiotically responded. There were a few cases reported on TV and print that a mob surrounded a lady and they were beating the hell out of her until it was proved that the kid she took along was her own child despite of the difference in her complexion as that of the kid. In such an intolerant society when people come across made up stories, they lose their mind and start responding to them.

Some media persons are so irresponsibly reacting to the on-going crisis, that they have become the part of the panic creating drive. They are asking the parents to give pick and drop to their kids on their own, this means parents need to stop working and they simply need to stay glued to the school. This mafia wants to bring life to pause; this would impact the overall system that could be very negative for the public and government both.

Police and public both need to cooperate with each other and help each other in sailing through the crisis as soon as possible. Especially parents need to be very vigilant for their kids’ safety, because it couldn’t be only about strangers who could harm your kid but in an intolerant society where men shot three people at a Tandoor when they were asked to wait for their turn to get Naan, you need to blame your social environment more than your government. 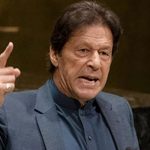 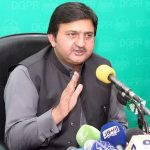 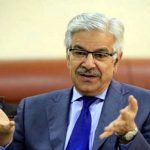