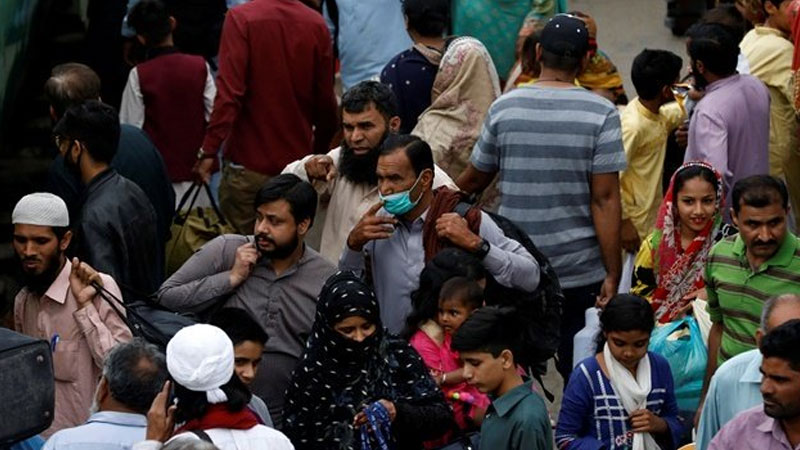 Majority of the people understand the viruses as an IT based thing, hacking and destroying the system, whereas biologists keep on telling its biological existence and sometimes friendly too. In todays’ world a Virus has actually hindered the system of the world, leaving behind all the conspiracy theories about the virus and how and who questions, the reality stays intact the global system is at halt. There are country wide lockdowns, multiple deaths, climate changes and the economical destruction. Beyond the health issues, the virus has effected socio-political and socio-economical systems too which will have adverse long term effects. IMF has declared recession, in just 3months’ time of the virus outbreak which means world wasn’t actually prepared for any situation like that

When it came to Pakistan, it was a strategic failure to avoid it. All the strategies made were rather consequences, then preventive measures. Media and federal government somewhere confused their roles and kept on delaying the awareness and strategy until Sindh government took a bold stand for it, which is shown as controlled cased in Sindh. PM is still in confusion if to lock down the country completely or not. His argument to refrain from lockdown is to think about the lower class and daily wage earners but somehow by not locking it down completely they are the ones who are still suffering anyway but also the middle and working class who cannot avoid to present at work. Mostly, the underprivileged, the labor class and the people from remote areas will become the cause of the virus spread locally due to less awareness of virus.

Getting the news about the lockdown and expecting job losses of the daily-wage class and employees of small business, Pakistani well to do nationals and students came forward to help the people in need. Philanthropy is one of the major traits of people of Pakistan and that keeps country united in crisis mostly. When it started happening, governments of provinces and federal both realized the severity of effect of Covid-19 and hesitation of PM to not to do lockdown, they considered the need of providing basic facilities to the underprivileged and the low income class. PM Imran Khan announced a relief package and later Govt. of Punjab announced a relief package.These are surely great steps to help your people but the question arises here why there isn’t one coordinated package by the federal government and why do the provinces need to come up with their packages. PM also announced a Tiger force, which is going to be a voluntary service by individuals and that sounds great too. Pakistan is taking good steps as they look like but the issue that remains intact here and rightly highlighted by many people is the execution of the programs.

So, PM said Ms. Nishtar will be managing the distribution and will ensure transparency. Again, sounds great, like a dream. But, my mind isn’t ready to accept the fact that a daily-wage earner will be able to make an online account and will be able to do transactions through online banking. If it will be easy to identify the right people who are actually suffering and need the financial and in-kind help? Will it include the people who are living in the slums and don’t have access to the basic necessities even otherwise? Will they consider all the people comprising informal economy? Will the in-kind relief reach the right people and not reach the grocery stores to be sold and pressurize the poor even more? If the answer to all these questions are a plain Yes, I’m glad, we are ready to help people in need. But if it is otherwise, it is high time, to devise a strategy taking all the provincial governments and district administrations on board and come up with quick short term plans to provide facilities to the sufferers and also raise awareness amongst them about social distancing and precautionary measures to slow down the spread.

There can be another suggestion that District management may find the locals who are voluntarily helping people to make ends meet and use them instead of Tiger force to reach the right and needy people.

P.S: Pakistan Institute of Development Economics also has a list of major groups who are voluntarily working for the people in need and can be contacted to acquire the list.

The writer is a lecturer at Pakistan Institute of Development Economics and can be reached at fizzah@pide.org.pk