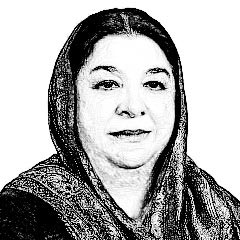 PKLI: The journey towards a thriving Center

The Pakistan Kidney and Liver Institute been made fully functional and it is fast scaling up services. Notw ithstanding the ruckus over the performance of the institute, it has made great strides forward in surgeries as well as diagnostic and treatment services at the facility. Last week, Alhumdillah, the PKLI performed 73rd Kidney Transplant, 7th of this year.

After much deliberations by legal and technical experts, we have rendered the PKLI the much needed transparency. There were sections of ‘omission and commission’ aplenty in the hastily-prepared Pakistan Kidney and Liver Institute Act in 2014. Having fixed those, finally the PKLI is now a thriving institute with the transparency it hitherto lacked.

One moot point here is that for all the hyperbole the last government put into the PKLI media build up, the project turned out to be a damp squib as far as functionality and transparency was concerned. Everything was pulled off in such haste that legal, financial and administrative complexities ended up in numerous audit paras. Further, although the hi-tech equipment was procured, yet no mechanism for supplies was developed, resulting into wastage of resources.

By the time we took over, the Institute was already in a legal and administrative chaos necessitating immediate government intervention, ownership and direction. The Supreme Court of Pakistan had intervened and had ordered necessary revisions in the Act. It may be pertinent to mention that the Supreme Court had ordered a Forensic Audit (Digital Forensic Research & Services) that revealed discrepancies in funds allocations and spending. On Court orders, the then Board of Governors was replaced with an ad-hoc Committee on 13th September, 2018.

Put in retrospect, we would have chosen to utilize these resources on other initiatives, with greater focus on prevention of liver and kidney complications and modernizing the existing facilities. But since a lot of resources had already been put into the project, wisdom was in making it better than originally conceived. Public offices are accountable to people; they are custodians of tax payers’ money, there must not be a waste.

In order to ensure transparency in hiring and human resource, the recruitment of the management have been placed with a Selection Board to hire staff on merit. Previously, it was the sole discretion of the BOG. In the new PKLI ACT the land shall remain the property of government of the Punjab, which was earlier handed over to the Institute

The Pakistan Kidney and Liver Institute and Research Center Bill 2014 was approved in December 2014. It was a one fell swoop emanating from the fantasy world of our former Chief Minister. For a project worth a staggering 17 Billion Rupees, there was no PC-1, let alone approvals from the ECNEC, the apex forum for approvals of mega projects. And this amount was handed over to a body with little government control. Even worse, the government could not interfere into the administrative affairs of the institute.

Our legal team worked on the draft of the new PKLI Act and it was finally passed on 13th March 2019. The new legal arrangements bring it under Govt control and ensure financial and administrative transparency. A new Board of Governor has been appointed on 11th May 2019 with renowned and respected names from the respective fields. All bits have been put into place and to this day 73 Kidney transplants have been performed, 7 only in the month of January 2020.

Administratively, one big issue was loose Government control thereby compromising the transparency. Besides ensuring compliance with existing laws, the system has been made transparent and accountability has strengthened. The new Board of Governor brings together experts from a diverse range of backgrounds, from finance, law, administration and other relevant fields. Similarly, proper representation of the Hospital Management has been ensured. The new Board of Governor will hopefully bring major improvement in performance.

In order to ensure transparency in hiring and human resource, the recruitment of the management positions (Dean, Hospital Director, Medical Director, Nursing Director & Finance Director) have been placed with a Selection Board that will select the staff on merit. Previously, it was the sole discretion of the BOG. In the new PKLI ACT the land shall remain the property of government of the Punjab, which was earlier handed over to the Institute.

Since we took over, a 34-bedded Dialysis Unit has been added in October 2019 and with this new Dialysis Unit the total number of dialysis beds have increased from 20 to 54. The number of total Dialysis machines have reached to 63 and we are in the process of adding more facilities. Only in the year 2019, a number of new services have been started which are: MRI, Liver Transplant, Lithotripsy, SPECT Scan, PET Scan, Lab Histopathology, Dialysis Unit-II and Inpatient beds.

I will reiterate that immense resources have been put into the institute. These resources must be used judiciously and wisely, therefore we are trying to make the most of every penny spent on it. Inevitably, it belongs to the people of Pakistan. Lastly and importantly, we envisage that PKLI will be a Centre of Excellence emerging as one of leading institution for research and professional development.

The writer is a Provincial Minister Health