Epidemics are older than human history. With the advent of new technology, human beings started laying hands on biological organisms to control and use them according to their conceived objectives–good or bad. These were cheap as weapons of application, could be employed discretely or through goods shipments and provided a high probability of impunity to the user.

Another great advantage is that it is difficult to know whether a specific disease has spread as an act of Allah or has been spread intentionally to become a manmade disaster in the garb of a brutal, natural calamity. The excessive use of social media has made the job easier for the perpetrators as they spread video clips; blaming the targeted population. The recent outbreak of Coronavirus in China is what has triggered the debate.

The most appropriate advisory is to avoid visiting the affected areas. During the time of Hazrat Umer, the Muslim Army had to deliberate whether to go to a plague-hit city? The decision was made on the teachings of the Holy Prophet Muhammad (PBUH): those who are already in the infected area should not run away for life, and those who are out of the infection region should not enter the area. 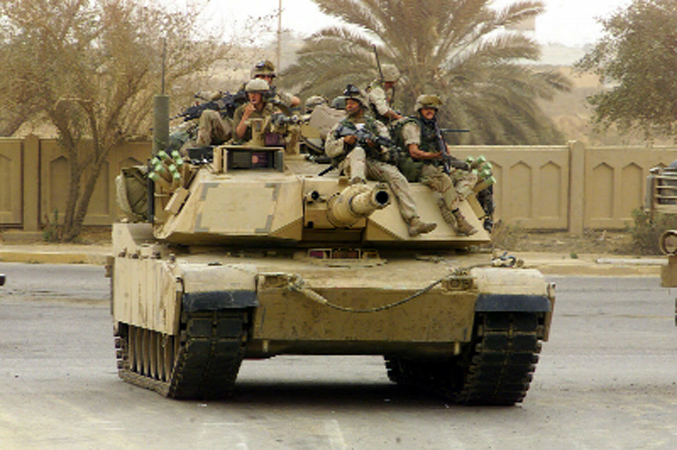 Unfortunately, the US embassy staff in Wuhan did not follow the advice for obvious reasons and left the embassy in a hurry with the entire staff. Three containers buried one foot deep were left in the area, which were recovered for analysis by the Chinese authorities. Russian scientists also pointed out that the outbreak was an act of intentional spread of the disease. Luckily or unluckily, it was not in Kabul where most of the 12,000 US troops are stationed while their government is negotiating peace and exit from Afghanistan. 19 years ago, the post 9/11 world had witnessed anthrax, emanating from ‘unknown’ origin. Different embassies were receiving anthrax, which created yet another threatening scenario. The media reports against Al Qaida and the Taliban created hype around the world. The looming threat of the release of anthrax further provided credence to the terrorist-sponsored attack of the World Trade Centre. Today, when the basic question of who attacked WTC is being debated and some fingers are pointing towards the US agencies, the relevance of anthrax from within the US is getting reinforced. Whether it is anthrax or biological agents like viruses, bacteria or other pathogens, it is clear that biological warfare could be the basis of the recently detected Coronavirus. A trade war between the US and China appears to have transcended to a new domain. A financial loss of 270 billion and 1800 casualties in China, with effects on Pakistan-China trade, is just the tip of the iceberg. According to a report, 58000 Chinese were killed in biological attacks during the Sino-Japanese war. Later on, after World War II, the famous architect of Japanese biological weapons, Dr Shii was taken to the US. He helped them establish a military biological weapon school at Fort Dreck.

Biological warfare could be the basis of the recently-detected Coronavirus

During the Iran-Iraq war, the Iranian soldiers deployed against Iraq became subject to a disorder in a breath. The chemical or biological weapons deployed against them were originally manufactured in Germany. Ultimately, the infected soldiers were sent to Germany for the treatment. The manufacturing nations benefitted as they had the antidotes and treatment for such agents. Being a tool for treatment, vaccines are used to deliver pathogens in hibernation to the target population. The vaccines are, therefore, required to be prepared by host nations.

Biological weapons are also used to eliminate the leadership of a target nation as well as to demoralise an adversary. Pathogens are used to inject in crowded places, using a biological gun. The hibernating agents become active; resulting in death after an interval when the incident of possible stumbling by an unknown person on the leader would be forgotten. Palestinian leader Khalid Mashaal of Hamas was attacked at an airport by an Israeli secret service agent who tried to inject a pathogen into his body using a bio-gun. It was only possible to identify the gun after the agent was apprehended.

For mass application, pestilence is transported for the spread of deadly diseases. Dengue virus is one such pathogen, which has adversely affected Pakistan besides bird flu, swine flu and polio. According to the World Health Organisation, the disease is spread through Aedes Aegypti Mosquito, which is considered the primary vector of a virus (DENV).

It lives in urban areas and breeds mostly on manmade containers. Once eggs are laid, they remain viable for several months and will hatch when they come in contact with water. Another species that spread this disease is transported through used tyres. Therefore, the dengue virus and their mosquito vectors are spread via maritime shipments. The inspection of containers to detect these agents is a colossal task for port authorities.

Reported leakage of lethal gas from the container at Karachi port warrants revisits to the existing inspection procedures. The legal framework needs to be looked into to award strict penalties to the perpetrators.

During the peak days of dengue, a team of health department detected large chunks of dengue larva from the flower pots of the hospital in Lahore where the patients were being treated for dengue. The agents used to spread the biological agents need to be given exemplary punishment.

In 1981, federal Castrove of Cuba alleged that dengue was spread in Cuba by the US. The disease claimed 188 lives, including 88 children. Similarly, Managua, Nicaragua, got 50,000 people suffering from the Dengue virus. The government believed that the US had conducted low-level flights on its territory to spread the disease.

Coronavirus is a reminder to our nation to respond to the challenges on the lines of the 2005 earthquake, after which the National Disaster Management Authority was established. There is a need to compile all data related to infectious diseases such as dengue, swine flu, EBOLA, and SARS (acute respiratory syndrome). Sources of these pandemics need to be investigated and identified along with a list of suspected couriers or agencies. Health or defence authorities should join to establish medico-bio labs to offer remedial measures, including legal, economic, medical and social guidelines to the government.

The author is a freelance writer and Retired commodore of Pakistan Navy, he can be reached at msohailyz@gmail.com