In an ideal democratic society, government and civil society should enjoy a healthy symbiotic relationship based on trust, information sharing, respect for values, transparency and rule of law. Yet we see that in the real world this relationship is often very complex and fragile, leading to an uneasy and often antagonistic association between the two.

Pakistan is no exception to this trend. It was observed at the informal meeting of the 75th session of the Convention on the Elimination of all Forms of Discrimination Against Women (CEDAW) with civil society organisations in Geneva on the 10th of February, two days prior to the committees’ meeting with Pakistan’s official delegation.Representatives from Pakistan’s civil society organisations were steadfast and adamant in highlighting gaps and negativities with regards to women’s rights. In the process, the delegates adopted an accusatory tone, accusing the government of inaction in areas where considerable progress has been made, and that arerights of women with disabilities and rights of minority women.

The Ministry of Human Rights, being the principal focal point for addressing human rights issues, has achieved milestones in areas never touched upon previously, along with enacting legislation for persons with disabilities and Christian and Hindu women.

While we may be lacking on many fronts, keeping in mind that we’re a developing country with religious and cultural sensitivities, what matters is the continuous struggle towards the realisation of justice for all

Prison reforms is another area that the ministry has delved into, submitting its final report on Reforms in Prisons of Pakistan to the Islamabad High Court last month, based on UN recommended Mandela Rules, with a special focus on the rights of female prisoners.

In the issues specifically highlighted by the civil society organisations, understandably but wrongly pointing all guns to the Ministry of Human Rights,was the absence of rights for minorities, rural women and for differently abled people. It is no secret that the Ministry of Human Rights drafted rules for the Christian Marriage and Divorce Bill 2019, but the bill became mired in an ideological divide between progressive elements and the Catholic clergy of Pakistan. 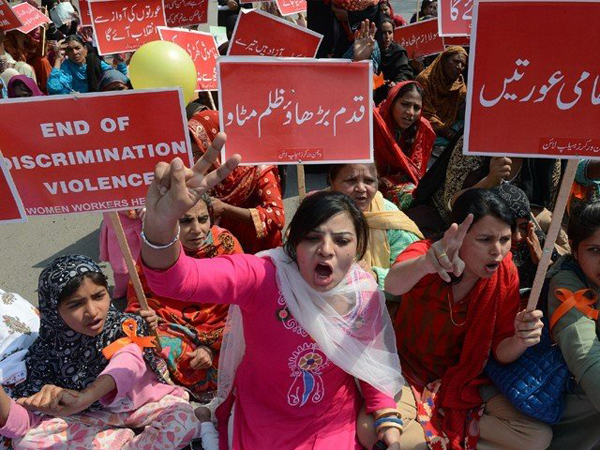 Women with disabilities have access to a special human rights relief and revolving fund, the right to a disability certificate that makes them eligible to myriad concessions including age relaxation for entering government service, individual bank accounts and reserved seats for higher education in all government institutes.

Pakistan, as a signatory to the UN Convention on the Rights of Persons with Disabilities, has drafted the ICT Rights of Persons with Disabilities Bill 2019, to fulfil its obligation to the UN body to promote the full realisation of rights and freedoms for persons with disabilities, along with fulfilling its reporting commitments. A dream come true for rural women, the Sindh Women Agricultural Workers Act 2019 is a historic piece of legislation that safeguards the rights of women agricultural workers in line with ILO standards, allowing them the right, among other things, to own property.

The Zainab Alert Response and Recovery Bill 2019, drafted by the same ministry and making it through the National Assembly, is another positive and laudable legislative instrument for recovering missing children and setting guidelines for all stakeholders to deal with cases of child abduction.

So, while we may be lacking on many fronts, keeping in mind that we’re a developing country with religious and cultural sensitivities, what matters is the continuous struggle towards the realisation of justice for all. As long as we’re making progress, each step in the right direction will ultimately help us attain the bigger dream of a nearlyutopian state.Let’s just hope that the relationship between government and civil society progresses into a productive one, so that both can work side by side like partners to ensure a democratic, just and inclusive society.

The writer is an expert consultant on child and women’s rights in the Ministry of Human Rights, Islamabad