Law and women: an unequal relationship

I was recently invited to speak on ‘Women and Law: Challenges and Way Forward’ at the Rotary District Conference on Empowerment and Integrity at Islamabad on 5th and 6th of May 2018. This was a unique opportunity not just because it was a chance to share my struggle and work in relation to women and law at an international platform but also because it gave me the chance to look into the relationship between law and women more closely; and the more I observed, the more I realised that the gender inequality we witness in the society was actually directly proportional and systematically embedded in and through the law and the legal system.

It is for this reason that I cannot begin to stress how important it is to understand the relationship between law, legal process and women to realise just how systematically it operates to affect them and the extent to which it impacts their life, their choices, their careers, in fact, every aspect of their life is practically hostage to their position in law.

The law here can be understood both in its formal, as well as its tribal sense. In either case, the law should be understood to mean the rules and regulations that govern and determine our relations and disputes with one another in the backdrop of our rights and duties.

In this regard, obviously, the question of who makes the law and who implements it is as crucial to understanding the position of women as the actual rules and regulations to which they are subjected.

Law is made by man. Man, as in the authority figure at home, the elder or father figure. How many women have you seen being allowed to participate in serious family decisions? Who is it that controls those decisions?

In the majority of cases, we find that the man of the house does. This is a cultural practice evolved out of our feudal and patriarchal past of which we ought not to be proud of, but alas! It is what it is and we identify it as one of the most pervasive underlying challenge that women have in relation to law and consequently, in relation to all other rights as well.

Since law is made by man and our society has been shaped by our patriarchal past, it is no surprise that the legal system, the procedures, the rights we have or don’t have, reflect the mindset of the makers and drafters of those laws and if that mindset is discriminatory or lopsided then expecting a fair deal would be our own fault.

As a result, women suffer because they are up against a system which they had no say in and so naturally, in such scenarios, people resort to other ‘methods’ and ‘mechanisms’ to be heard and they struggle for their rights, they form movements, some break the glass ceiling and lead others to aspire and achieve the same if not more in order to correct the imbalances that persist in our societies shaped by our norms and our laws.

For instance, let us take the example of the #MeToo movement. What exactly is it and why did it become what it did? The MeToo movement is nothing more or less than a platform that gives all those women a voice to whom the formal legal system had been unwelcoming in cases involving harassment. The process and evidentiary requirements kept in our law put the women victim at an extreme disadvantage because in absence of admissible evidence — which again is determined by men and would invariably be missing in such cases, the woman would be subjected to a potential counter suit for defamation by the accused which acts a huge deterrent in her seeking her rights and legal remedies (if any at all). 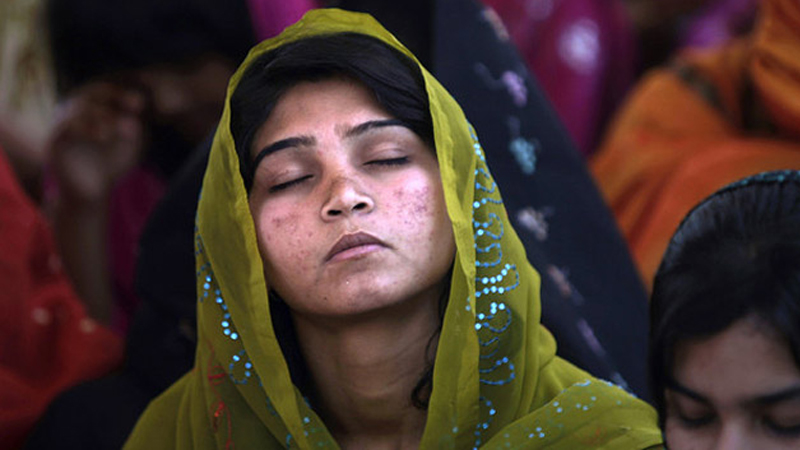 Even if she comes forward, she is only taken seriously if two or more women also come out in support of her claim against the accused. Her own testimony is not enough and our tragedy, as explained by one my colleagues, Ms Dania Mukhtar, is that while Qanoon e Shahadat reduced women to half, this expectation of other women supporting the victim’s claim in harassment cases has now further reduced women to a fraction of their being.

For another example, the Punjab Maternity Benefits Ordinance 1958 ensures 12 weeks of pre-or post-natal maternity leave with pay provided she had been in employment for at least 4 months prior to the delivery of the baby. There is no provision as to what happens in case the child is delivered prematurely and the 4-month period is not complete!

In comparison, the paid paternity leave for fathers is not regulated for the private sector under the labour laws. The private sector pretty much determines its own rules vis-à-vis paternal leave and in practice that usually does not extend beyond two weeks. However, the Government of Punjab Revised Leave Rules of 2012 allows a male civil servant to take a paternity leave for a maximum of 7 days, two times during his entire service. So, the third child would have to probably just do without his daddy from day one I suppose!

Article 25 of the Constitution of Pakistan (1973) states that all citizens are equal before the law and that there would be no discrimination on the basis of gender but somewhere in treating the issue of parental leave for men and women, we reject the notions of equality and promote the patriarchal mindset which believes that childcare is a role for the woman as opposed to the man.

This inequality is further reiterated under Section 10 A of Shops and Establishment Ordinance which stipulates that all employers will have to provide for daycare rooms if he/she employs 25 or more women in his/her establishment.

Essentially, what happens with these laws is that even though they are guided in positivity, they actually have a net result of putting women at a disadvantage from being employed at all. In that, the provision of daycare room, for instance, should not depend upon a number of women in the organisation as that would obviously discourage the employer from hiring the 26th woman that applies for a vacancy.

Only through correcting the imbalance in the law will we be able to achieve equality in practice that is promised on paper. When we increase the paternity leave for fathers we illustrate our negation of archaic gender roles and divisions in society and promote equality in real terms and indirectly, remove the potential of bias that there may exist amongst employers when hiring women.

Likewise, only when employers stop associating childcare leave with women or start providing the daycare generally to all their employees so even the fathers are able to bring their children to work if need be, can we start dreaming of a world where female candidates will be looked upon as ‘professionals’ on merit and not as their gender and all its ‘baggage’ that comes along.

The position of women in law themselves is also worth considering because I started the ‘women in law’ initiative in 2016 after spending some 10 years in the legal profession and in academia, realising that a profession that is supposedly based on tenets of equality, justice and non-discrimination was actually failing its own women.

Female lawyers are victims not only of discrimination but also of harassment and discouragement. They lack training and networking opportunities and suffer at the hands of the apprenticeship model which necessitates shadowing a senior lawyer to learn the craft. We called for this model to be changed to a training based model instead so that the continued professional development of lawyers can take place without their careers depending on shadowing their seniors. This way we felt that the training could be imparted in a more systematic and structured fashion as opposed to the ad-hocism of opportunities that traditionally persisted. We are glad to report that steps in this direction have been undertaken in recent years by the members of the Bar and its associated committees but the need for an institutionalised mechanism to inculcate continuing professional education of lawyers across the board needs to be fully integrated into the system to ensure that a greater spectrum of lawyers make use of these learning opportunities.

The greatest issue, however, was of the inherent division among female lawyers. With such few positions available, they were pitched up against each other and divided so our biggest challenge was to get them together on a common platform.

Eventually, we were able to connect female lawyers all across Pakistan in 2018 and now we have a very active and growing ‘WhatsApp’ group and a ‘Facebook’ community as a support and networking opportunity open to all women in law in Pakistan and abroad. This helped create an environment of cooperation which previously did not exist and opened a pool of resources and connections to female lawyers for the first time in the history of Pakistan.

The one thing that we learnt in the process was that women will continue to face challenges in and through law and other aspects of the society till such time that they do not access leadership roles and decision-making autonomy over their bodies, their lives and choices.

In addition, an enabling environment will have to be nurtured in the society through a supportive and equal environment at home, a gender-neutral curriculum in schools as well as workshops to sensitise men and women on the gender-related bias and internalised values and the harmful impacts of the same on society and growth.

Along with this, women definitely need to come forward and ‘lean in’ as Sheryl Sandberg the COO of Facebook suggests in her book. They need to be involved in policy matters and the room should be created for them even if by quota system so that they are better able to represent their point of view and of their gender in policy level decisions.

Each and everyone one of us can make a difference. We should look for and demand diversity, as well as equality and that, is truly the only way forward if we are truly to achieve any degree of practical equality and opportunities we have a right to as individuals, as humans, as citizens and as people.

The writer holds LLB (Hons) and LLM in Law and Development from University of London. She is the founder of Lahore Education and Research Network and the Women in Law Initiative in Pakistan. She tweets @nidamahmood and can be contacted at nida@learnpak.com.pk