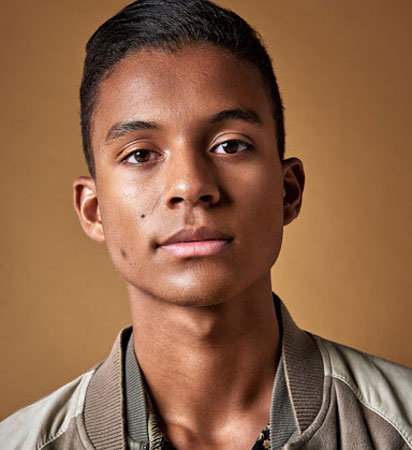 He is the second youngest son to legendary singer, songwriter, and producer Jermaine Jackson, and nephew to the King of Pop, Michael Jackson.

Jaafar Jackson is visiting Pakistan with China-Pakistan Investment Corporation and its founding board member, British-Pakistani entrepreneur Zeeshaan Shah. The duo have visited various sites of the country to meet government officials and fans.

Jaafar, who has a striking resemblance with the late King of Pop, said he has loved being in Pakistan every moment and found the country completely different from the negative perception about the country portrayed in western media.

In a conversation, he said that he has found everyone in the country to be warm, welcoming and loving. “Everyone is full of hope and warmth. I am amazed at how Pakistanis respect their guests,” he said. Jaafar added he’s captivated by the beauty of Pakistan and its people.

A day after landing in Pakistan, Jaafar Jackson and Zeeshan Shah visited two universities, NUST and COMSATS, for interaction with students. They were accompanied by friends of Jaafar’s from Los Angeles. The young singer addressed students and spoke about Pakistan.

“This is definitely a great trip. I had wanted to visit this part of the world for a long time. It’s only my second day here and I have enjoyed every second of Islamabad and look forward to visiting Karachi and Lahore,” he said.