Taliban want final word from US on peace deal 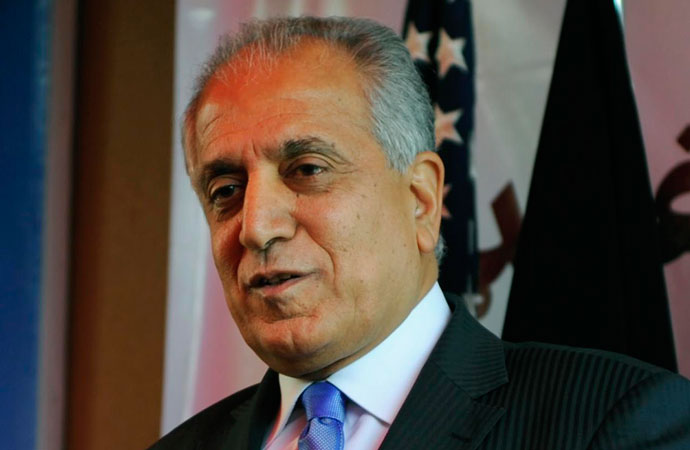 Taliban negotiators have told American special envoy Zalmay Khalilzad that they could pause talks if the US side does not sign the long-awaited peace agreement, Taliban officials said on Tuesday.

A Taliban official, who has knowledge about the on-going negotiations in Qatar, said Khalilzad is demanding a permanent ceasefire before signing of the agreement while the Taliban leadership had agreed to a week-long “reduction in violence” on the condition the US will ink the agreement.

Both sides had finalized in August at the conclusion of ninth round and was scheduled to be signed in mid-September last year, Taliban political spokesman Suhail Shaheen said in an earlier interview.

However, President Donald Trump’s abruptly called off the talks in September 7 after a Taliban bomber killed an American soldier and 10 other people including a Romanian soldier in Kabul.

The US resumed talks with the Taliban after three months but Khalilzad paused the process again the Taliban carried out an attack near the Bagram air field in December, killing at least two persons and injuring over 70 others.

Both sides returned to the table after nearly a month and Khalilzad pressed for reduction in violence, however, both had been involved in definition of reduction.

“Mullah Baradar Akhund (head of the Taliban political office in Qatar) has asked Zalmy Khalilzad to give a formal response to the Taliban offer otherwise they could halt the negotiations,” the Taliban official told Daily Times. He requested not to be identified.

He said the Taliban leadership managed to build a consensus on reduction of violence, but the US demands more.

The Taliban spokesman and US officials did not respond to queries.

As Khalilzad and Taliban differed over the definition, the US envoy held a series of consultations with the NATO allies and the UN officials in Dubai and Brussels. He also held talks with Pakistani and Afghan leaders.

A Taliban official says Taliban had agreed not to carry out attacks in major cities including Kabul and will not use car bombs that usually cause civilian casualties.

Daily Times has learnt that Khalilzad had urged the Taliban to agree to more measures including halt to IED attacks during “reduction in violence” but Taliban did not agree as they have planted IEDs in many areas and it is difficult for them to remove all IEDs.

“The US also asked the Taliban not to conduct suicide attack in cities,” a source said.

The US also wants pause in attacks the check posts, which was also a concern of the Afghan government.

“Taliban had also offered not to attack US bases and US soldiers and the Taliban want the US not to conduct air strike in return,” the source said.

As the US and the Taliban have failed to agree on the definition of reduction in violence despite weeks of discussion on the same issue, Qatari officials had to spring into the talks.

Shaheen tweeted this week that Qatari foreign minister joined a meeting between Mullah Baradar led team and the US side headed by Khalilzad.

Another Taliban official said some Taliban leaders have asked political envoys to seek a categorical response from the US negotiators whether or not they sign the agreement.

Meanwhile, Afghan President Ashraf Ghani said late on Tuesday that US Secretary of State Mike Pompeo has informed him that the “notable progress” made in the ongoing peace talks with the Taliban.

“The Secretary informed me about the Taliban’s proposal with regards to bringing a significant and enduring reduction in violence,” Ghani wrote on Twitter after both spoke by the phone.

“This is a welcoming development and I am pleased that our principal position on peace thus far has begun to yield fruitful results. Our primary objective is to end the senseless bloodshed,” the Afghan president tweeted.

He said Afghanistan will manage the next steps in a manner that positively supports the overall peace process and will report to the public.