There are more than 1.5 billion websites on the internet. But in Kashmir, only 301 websites can be accessed and that’s because of the latest rules imposed on the region by New Delhi. You see, Kashmir has endured the world’s longest internet shutdown 182 days and counting. Kashmir is beating its own record set back in 2016. Now five months later, the Indian state has issued orders to restore 2G internet access but only to the 301 white-listed websites including emailing clients, banking websites and video streaming websites. So that’s something but makes it impossible for Netflix and chill on 2G speeds, oh, and Social Media like Whatsapp, Facebook, Instagram, twitter continues to be banned in Kashmir. 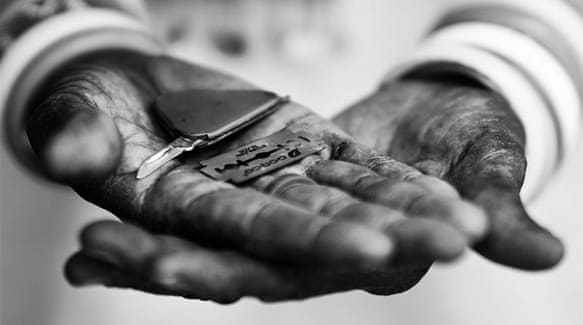 Jammu and Kashmir Government have announced an expanded white list of approved websites, which include more Kashmiris websites. However, Jiochat, a Messenger app, has been removed from the latest list on 2 Feb 2020.

As per a report released by the Kashmir Chamber of Commerce and Industries (KCCI), businesses in the valley have suffered losses worth Rs 18,000 crore since August 5. The internet lockdown has affected education, health service and even regular movement of the people, creating a severe humanitarian crisis. Business, particularly Tourism, Fruit trade has been affected severely. This has been the worst phase for business in the valley. The internet is a basic tool on which everyone, especially people associated with business, depends.

Internet shutdowns cost India more than a billion dollars last year. Earlier this January, Indies’ Supreme Court, castigating the government said,” Suspension of free movement, internet, and basic freedoms cannot be an arbitrary exercise of power” while restrictions continue, Kashmiris are slowly getting on to the internet through VPNs, which helps them bypass the state’s firewall.

The officials said that VPN apps are being used by a small section of people, who have knowledge of technology, and pose no challenge to the government. They said the low-speed internet makes it difficult to download VPN apps. You can get a VPN app through mobile to mobile sharing.VPN apps have spread in Kashmir like flu. People meet, share VPN and move on but it is not an alarming situation, if VPN is a virus and firewall is a drug, we can deal with one virus with one firewall at a time, and when another VPN comes up, we will need another firewall. The good thing is that viruses can be different but we have to work on only one firewall to treat different viruses. Technology is dynamic but it is not a serious challenge. The official explained. Through 2G internet, one couldn’t open any website but the VPN app is a blessing. One can access several websites through it.

However, this has not gone down well with the security agencies. Sources said the J&K home department and the cellular companies have brought information technology (IT) experts from outside J&K to create a permanent firewall to stop VPNs from functioning and prevent access to social media. The authorities have clamped down on VPNs blocking 11 so far. Kashmiris are finding new ones and the news of which ones are working has become a closely guarded secret if you know, you know. This means resourceful Kashmiris are finding ways to keep telling their stories about life in the shutdown through a digital game of cat and mouse with the powers.

The writer is a student of M.Phil, Jiwaji University Gwalior. He can be reached at sheikhyounis18@gmail.com