The decade of dying secularism in India 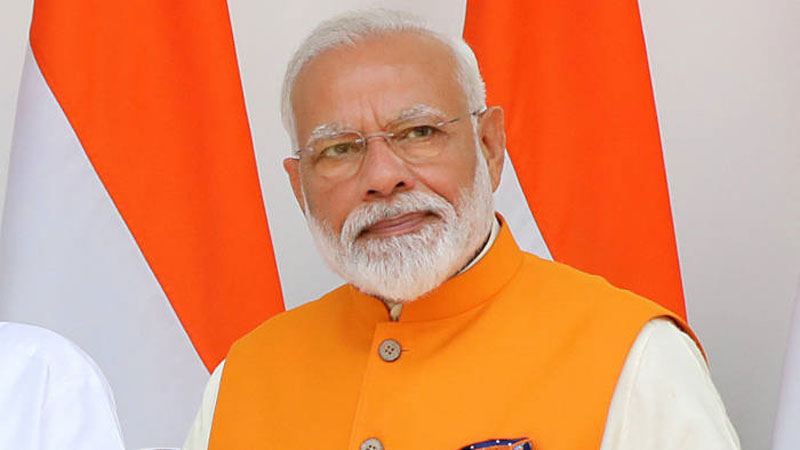 The road to restoration of ‘Hindu Glory’ and making India a ‘Hindu Rashtra’ (a Hindu polity), began in May 2014 when Prime Minister Modi assumed power for the first time. The rise of Modi was perceived by many as the rise of ‘Hindutva’ ideology which can best be understood by the words of Bharatiya Janata Party (BJP) and RSS (BJP’s parent organization) leader Rajesh war Singh, who declared that ‘Muslims and Christians will be wiped out of India by December 31, 2021’.

Although cow vigilantism, lynching and mob violence against Muslims were part and parcel of Modi’s first tenure, it was only after the commencement of his second term in 2019,that structural violence against India’s largest religious minority community, the Muslims, was unleashed.

The August 5 decision of BJP-led government, stripping Indian Occupied Kashmir of the last façade of autonomy, was the first major blow to Indian secularism and democracy. The removal of Article 370 and putting an end to the special status granted to Kashmir was a key demand of the BJP adherents. Ending the special status conferred upon the disputed state of Kashmir was not something astounding, as it fully allied with the strategic interests of the state of India. However, what left the Muslim community in India flabbergasted was the Ayodhya verdict of the Indian Supreme Court.

The case of ownership of the holy site of Ayodhya, which had been formally contested by Hindus and Muslims both, since 1949, was immediately fast-tracked by the Indian Supreme Court in BJP’s second tenure. The decision to grant the entire 2.77 acres of the disputed land to build a temple unveiled the compromise the court had made on the principles of secular governance. The apex court had undoubtedly ruled in favour of the very people who vandalized the four hundred-year-old Babri mosque and sowed the seed of communal violence and dissent in India, at the cost of marginalizing its 200 million plus citizens.

The contempt that the ruling ultra-nationalist party held for Muslims was finally exposed by the arrival of the Citizenship Amendment Act. The bill amended the Indian Citizenship Law 1955 and granted exception to six communities, i.e. Hindu, Sikh, Buddhist, Jain, Parsi and Christian from Pakistan, Bangladesh and Afghanistan to apply for Indian citizenship, deliberately leaving out Muslims. Although an act claimed to be taken in good faith by the current leadership to protect the persecuted minorities, it visibly showed the anti-Muslim sentiment and Hindu ultra-nationalism. The real victimized minorities like the Rohingya people (people belonging to Muslim faith) weren’t taken into consideration at all. By linking faith with citizenship, the Modi-led government had out rightly destroyed the secular character of the Indian constitution.

The world’s biggest democracy (at least claimed as such) is seeing its sacred document being eroded at the hands of an extremist leadership. Provocative statements from BJP leadership are becoming a new normal in Indian politics. Long gone is the vision of its founding fathers like Nehru and Gandhi, who had envisioned India to be a secular and pluralist state. PM Modi and his compatriots might be playing their last gambit to hide their governance failures. They have failed to really make India great again and are now playing politics of distraction by fuelling the Hindu-nationalist sentiments which ultimately would lead to destruction as it is being done at the cost of alienating 14% of its population. Measures like these are testament to the fact that secularism and democracy are at its lowest ebb in Modi’s India, and the very foundation of the Indian republic is shaking.

History has been witness to the fact that any nation which pursued policy of extremism and persecution, have only suffered in the long run. One of the classic examples of such instances is the brutal Sri Lankan civil war which made the nation suffer for around three decades before it mended its ways.

Pakistani nation, which had also been a victim of extremism and fundamentalism in the past, offers lessons as well. The radical socio-political environment that emerged in the country in eighties served as one of the paramount drivers of the ensuing militancy in the country. While Zia’s Islamisation drive, which many terms as the key force behind institutionalizing radicalism, was aimed at running the country in accordance with the Sharia laws, which incidentally ensures rights of the religious minorities, Modi’s Hindutva on the contrary is aimed at rise of Hinduism through persecution of minorities. If a well-meant drive could breed so much extremism, we can imagine how dangerous a planned extremism ideology would turn out to be for India.

Some circles in Pakistan are of the opinion that current day India -Modi’s India – is going through its Zia epoch. The notion may be true in a sense that the hard-line policies which PM Modi and his government are instigating, are going to be most consequential for India, like Zia’s were for Pakistan. As Modi’s establishment is hankering after bringing religious minorities, particularly Muslims, to the knife-edge, in doing so, they are rightly digging the grave of secular India and its constitution and if not questioned and brought to a stop, will take down India’s liberalist prestige as well.

The writer is a researcher at for Aerospace and Studies (CASS).