Why we should show solidarity with oppressed Kashmiris 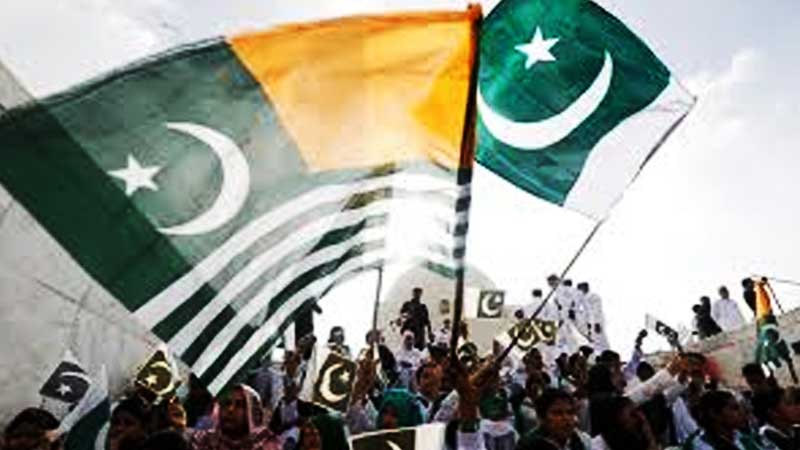 Pakistanis, at home and abroad, have been observing the Kashmir Solidarity Day on 5th February, every year since 1991, to renew the pledge to continue their all-out support to their Kashmiri brethren who are engaged in a peaceful struggle to secure their inalienable right to self-determination.

The background of the day is that the people of Indian occupied Kashmir intensified their struggle for securing their right to self-determination in 1989 and the mass movement gave sleepless nights to the Indian rulers. In a bid to crush this popular movement, India dismissed the government of Farooq Abdullah and appointed Jagmohan Malhotra, who was notorious for his anti-Muslim bias, as the Governor of the territory on January 19, 1990. Soon after the appointment of new governor, a reign of terror was unleashed in occupied Kashmir and on the night of January 20, Indian troops molested several women in Srinagar during house raids. As the word about the molestation of the women spread in the morning, thousands of people took to the streets in the city to protest against the brutal action of the troops. The Indian forces opened indiscriminate fire on the protesters in Gaw Kadal area of the city, killing over 50 people and injuring hundreds of others. The massacre caused resentment in Pakistan and the ensuing 5th February was declared as a solidarity day all across the country. Since then, every year, the day is being observed to express oneness with the oppressed people of occupied Kashmir at the state level.

On this public holiday in Pakistan, seminars, conferences and demonstrations are organised to highlight important aspects of the Kashmir dispute and the gross human rights abuses being committed by Indian troops in occupied Kashmir. The overseas Pakistanis and Kashmiris arrange special events in world capitals to remind the international community that resolution of the dispute is imperative for ensuring peace in South Asia. This year, the day is being observed in the backdrop of India’s illegal and unconstitutional move of scraping special status of occupied Kashmir and annexing it on August 05, 2019. India put the territory under military siege and internet gag which was continuing even after months when this write-up was written.

It is a fact that India illegally occupied the territory of Jammu and Kashmir by landing its troops in Srinagar on October 27 in 1947 in gross violation of the Partition Plan of the Indian Subcontinent and the wishes of the Kashmiri people. According to the Partition Plan in 1947, the Indian British Colony was to be divided into two sovereign states of India and Pakistan. Hindu-majority areas were to form India while Muslim-majority areas of Western provinces and East Bengal were to form Pakistan. As per the understanding of the Partition Plan, the Princely States were given the choice to accede either to Pakistan or to India, keeping in view their geographic and demographic considerations. Being a Muslim-majority State with 87% Muslim population, Kashmir had a natural tendency to accede to Pakistan. But, India occupied the territory by claiming signing of controversial Instrument of Accession with Hindu ruler of Kashmir, Maharaja Hari Singh.

The people of Jammu and Kashmir never accepted India’s illegal occupation of their soil and they have been struggling to liberate it from the Indian yoke. Their liberation struggle forced India to seek the help of the world community to settle the Kashmir dispute. Sensing a humiliating defeat to its forces, India approached the UN Security Council on January 1, 1948. The World Body in its successive resolutions nullified the Indian invasion and promised to hold an impartial plebiscite under its supervision to allow the Kashmiri people decide their fate by themselves. These UN resolutions and the pledges made by Indian leaders remain unfulfilled even after the passing of several decades.

There are many legitimate and genuine reasons for the Pakistanis to express solidarity with their oppressed Kashmiri brethren because both share strong bonds in respect of religion, geography, culture, aspirations and economy. The matter of fact is that the Kashmir dispute is considered both by Pakistanis and Kashmiris as an unfinished agenda of the partition of the Indian subcontinent and the liberation struggle of the people of Kashmir as an inseparable part of Pakistan Movement. The number of Kashmiris who migrated to Pakistan from occupied Kashmir since 1947 due to Indian aggression is in hundreds of thousands, which shows emotional attachment of Kashmiri people with Pakistan. Even when India’s first Prime Minister Jawaharlal Nehru was asked a question in 1965 about holding of plebiscite in Kashmir, he responded, “Kashmiris would vote to join Pakistan and we would lose it. No Indian government responsible for agreeing to a plebiscite would survive.” Also it was the ideological commonality that prompted the Muslim Conference of Jammu and Kashmir to pass a resolution in its meeting in Srinagar on 19th July 1947, whereby it was declared that Jammu and Kashmir should become a part of Pakistan. This happened about a month before the creation of Pakistan. The attachment of the people of Kashmir with Pakistan is manifest from the fact that the Kashmir Valley has been from time to time, reverberating with the slogans of “Long Live Pakistan” and “We Want Pakistan.” Pakistani flags are hoisted in occupied Kashmir on the national days of the country, whereas such days of India are observed as black days.

Pakistan’s Support to Kashmir Cause

The leaders of Pakistan have always represented the Kashmiris’ aspirations and never betrayed the faith reposed on them by the Kashmiri people. It was his commitment to the interests of the people of Kashmir that drove father of the nation, Quaid-e-Azam Muhammad Ali Jinnah, to visit Jammu and Kashmir three times before 1947. He had rightly termed Kashmir as the “Jugular Vein” of Pakistan. The incumbent Prime Minister, Imran Khan, since assuming his office in August 2018 has vigorously highlighted at all global fora including the UN General Assembly the plight of the people of occupied Kashmir, particularly post 5th August. The Army Chief, General Qamar Javed Bajwa, declared “We will fulfill our commitment towards Kashmir till last bullet, soldier and breath. Pakistan will go to any extent in support of oppressed Kashmiri people.”

New Delhi has exhausted all its resources during the past over seven decades but has miserably failed to intimidate the people of occupied Kashmir into submission and efface their love for Pakistan from their hearts. Since 1989, when the people of occupied Kashmir intensified their freedom struggle, till December 2019, the troops have martyred 95,471 Kashmiris, widowed 22,910 women, orphaned 107,780 children and molested or gang-raped 11,175 Kashmiri women. While the whereabouts of thousands of innocent youth subjected to disappearance in custody remain untraced, the discovery of thousands of mass graves across the territory has raised concerns about their safety.

The Kashmiris in thousands hit the streets during mass uprisings in 2008, 2009, 2010 and 2016. However, most of the time, Indian troops and police personnel subjected these peaceful demonstrators to excessive use of brute force, killing hundreds of people. Since the mass uprising triggered by the extrajudicial killing of popular youth leader, Burhan Wani, on 8th July in 2016, besides killing hundreds, the troops have caused injuries to more than 28,000 people by firing pellets, bullets and teargas shells on protesters. During this period, more than 10,300 people have suffered pellet injuries and 147 of them have lost their eyesight in both eyes while 215 in one eye. However, all these brutalities have failed to suppress the Kashmiris’ resolve for freedom.

Modi government has endangered the peace of the region and the entire world by abrogating Article 370 of the Indian Constitution that granted special status to Jammu and Kashmir and annexing it with India on August 5, 2019. After repealing the Article 370, New Delhi put the occupied territory under strict lockdown. Millions of Kashmiris were confined to their homes while thousands were arrested. Continued curfew, restrictions and communications blackout led to humanitarian crisis in occupied Kashmir. The basic motive behind this move has been to bring about a change in the demographic composition of Kashmir by settling Indian citizens in large numbers in the territory. The people of Pakistan showed strong resentment against this move by holding massive demonstrations across the country. This solidarity shown by them for the Kashmiris has no precedent in Pakistan’s history of over seven decades. The government of Pakistan effectively highlighted the sufferings of the people of occupied Kashmir at every forum by contacting the world leaders.

There is no denying the fact that Jammu and Kashmir is a flashpoint as it involves two nuclear-armed arch-rivals, Pakistan and India. The observance of the Kashmir Solidarity Day conveys a clear message to India that it would have to recognize Kashmiris’ right to self-determination as granted by the UN resolutions. It also sends a message to the World Body to fulfill its commitments of holding a plebiscite in Jammu and Kashmir for a peaceful resolution of the Kashmir dispute.

The writer is working as Senior Editor at Kashmir Media Service, Islamabad, and can be reached at
razamalik849@yahoo.com