CAA: a two-pronged sword for Modi

Indian Prime Minister Narendra Modi, who is infamous for his anti-Muslim bias, now faces a two-pronged sword namely CAA. The CAA is designed to accept Hindus, Sikhs, Buddhists, Jains and Christians as citizens of India; these are the people who according to the Bharatiya Janata Party (BJP) government came to India from Bangladesh, Pakistan and Afghanistan.

Presenting the bill before the parliament, Indian Home Minister Amit Shah argued that Bangladesh, Pakistan and Afghanistan constitutionally and officially are Islamic republics where Muslims are the overwhelming majority, and the non-Muslim minorities from these countries entered India to avert persecution. Such an argument fails to convince a large cross-section of Indian people.

Earlier, under the National Register of Citizens (NRC), about 1.9 million Indians, who had lived in India for decades, were not listed as citizens. Among them, 1.2 million were Hindus, and their exclusion elicited condemnation and started a big demonstration across India. Facing a strong opposition against the NRC, the Modi government presented the Citizenship Amended Bill (CAB), an amended version of the NRC. The CAB turned to CAA after India’s two houses accepted it. It excluded Muslims from becoming citizens of India.

The law faced a tougher opposition not only from Muslims but also from many Hindu-led political parties and human rights groups. They denounced it, stating that it is contrary to the Indian constitution and its secular status, and that it suffers from ultra-communal designs.

The major parties that oppose the CAA are Congress, Trinmool Congress, CPI-M, and some minor and regional political parties. They claim that citizenship cannot be given on the basis of religion. 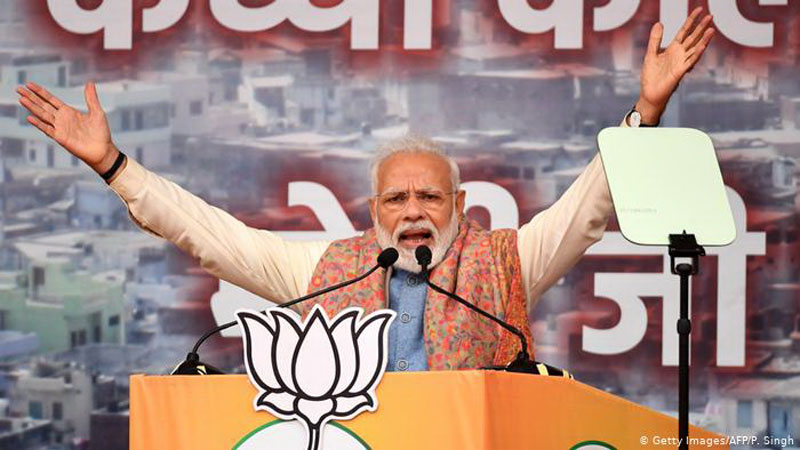 The Assam Congress demanded a special session of the Assam assembly to discuss the CAA. In mainland India, chief ministers of West Bengal, Punjab, Kerala, Madhya Pradesh and Chhattisgarh said that they would not implement the law in their respective states. Maharashtra chief minister also hinted at allying with them.

Speaking to CNN, Harsh Mander, a human rights activist and author said, “There is a short-term and long-term objective to polarise India’s voters on the basis of religious lines. The BJP and its ideological partner Rashtriya Swayamsevak Sangh [have] never accepted the constitution and the citizenship of this country, and they have the leverage and the numbers now to effectively destroy India’s constitution, recreating India according to their imagination as a Hindu state.”

Denouncing the act, Sonia Gandhi, President of Indian National Congress, said, “Today marks a dark day in the constitutional history of India. The passage of the Citizenship Amendment Bill marks the victory of narrow-minded and bigoted forces over India’s pluralism.”

Former Congress president and MP Rahul Gandhi said that the law was an attempt to “ethnically cleanse the northeast. It is a criminal attack on the northeast, their way of life and the idea of India.”

On December 16, 2019, West Bengal Chief Minister Mamata Banerjee, while addressing a mammoth protest rally in Kolkata, reiterated her stance that the NRC or CAA would be “implemented over her dead body.” Earlier, she warned the Modi government, “Don’t push us to wage another independence movement.”

One of the organisers of the anti-CAA hunger strike, Simanta Thakuria, a postgraduate student of Assam, was talking to The Guardian on December 13, 2019, “This bill has to go back at any cost. We will not rest until we get this done. Thousands of people have joined us, as you can see and it’s completely non-violent. We don’t support any form of violence. This is our state, our land. Not only in Guwahati but people are protesting everywhere in Assam.”

In a statement, the US Commission for International Religious Freedom (USCIRF) said that it was deeply troubled over the passage of the CAB in Indian parliament. “If the CAB passes in both houses of parliament, the US government should consider sanctions against Home Minister Amit Shah and other principal leadership,” the commission suggested. “USCIRF is ‘deeply troubled’ by the passage of the CAB (turned into CAA), originally introduced by Home Minister Shah in the Lok Sabha, given the religion criterion in the bill.” The USCIRF alleged that the CAB enshrines a pathway to citizenship for immigrants that specifically exclude Muslims, setting a legal criterion for citizenship based on religion.

The commission stated, “The CAB is a dangerous turn in the wrong direction; it runs counter to India’s rich history of secular pluralism and the Indian Constitution, which guarantees equality before the law regardless of faith.” Commenting on the conjunction of the ongoing NRC process in Assam and the nationwide NRC that Home Minister Shah seeks to propose, the commission said, “USCIRF fears that the Indian government is creating a religious test for Indian citizenship that would strip citizenship from millions of Muslims.”

Opposing the CAA, the students of Jamia Milia Islamia University organised a protest and the police swooped on them. The students, on the following day, continued their protest, and the police, without taking permission, entered the campus forcibly and indiscriminately fired at students who were studying in the library and were not part of the protest outside.

The testimonies from those present in Jamia on December 15, 2019 suggest that the police targeted individuals indiscriminately, even entering the mosque on campus and hurting a local imam. Recounting the police attack in the library, videos of which went viral on social media, one Jamia student said, “There were 50-60 students in the library. When the police started lobbing teargas towards the library, students came upstairs, and roughly 15 minutes later, the police entered the campus by force. They broke the doors of the library and started shelling teargas.” Showing his bandaged and bloodied knee and arms, the student said that he was lucky enough to escape a head injury. He said that the students in the library were not part of any protest.

AlJazeera quoted a student, “They [police] broke the lock of the library gate, came inside and beat everyone who came in their way. In panic, I fell on the ground. They hit me on the eye.”

A student, Mojibi, told CNN. “We were about 200-300 people who were trapped inside. We tried to negotiate with the police to not use violence. But they surrounded us and took our phones and broke them. They broke the CCTV cameras installed there. Police abused and humiliated us. We were made to kneel on the ground for 30 minutes … [inside the] university library where the students had taken refuge was a scene of devastation.” CNN reporters found doors and windows smashed, glass littering the floor, abandoned shoes, and overturned tables and chairs. Security cameras were also broken, which students said was the action of the police.

Police atrocities at Jamia elicited protest in the educational institutions of many major cities in India. Common people, including leaders of different major parties, expressing solidarity with the students, also went to the streets to demonstrate against police atrocities.

Students’ unions in Arunachal Pradesh boycotted examinations and hit the streets across the state, seeking an immediate revocation of the law. Thousands of students marched thirty kilometres across a hilly terrain to Raj Bhavan to ask Governor B D Mishra, in a memorandum, not to implement the law in the state.

Around 20 people were hurt in different clashes in Meghalaya. “They can’t settle anyone in our motherland. This is unacceptable. We will die but not allow outsiders to settle here,” said Manav Das, a protester in Guwahati. Several districts in Assam remained under curfew to contain violent demonstrations.

In Digboi, BJP workers were beaten up and threatened of dire consequences if they do not leave the party.

The writer is a freelance journalist who can be reached at noa@agni.com