Media curbs and threats to freedom of expression under Tabdeeli Sarkar

The Constitution of Pakistan guarantees the freedom of speech/expression and freedom of the press. Article 19 of the Constitution states “Every citizen shall have the right to freedom of speech and expression, and there shall be freedom of the press, subject to any reasonable restrictions imposed by law in the interest of the glory of Islam or the integrity, security or defence of Pakistan or any part thereof, friendly relations with foreign States, public order, decency or morality, or in relation to contempt of court, or incitement to an offence”. But, despite constitutional guaranty, as soon as PTI came in power the freedom of expression came under severe attack. Two recent incidents in this regard happened during this month of January, point to an alarming situation. An open attack on the media was seen in the first week of January when copies of Mohammed Hanif’s satirical novel titled ‘A Case of Exploding Mangoes’ were confiscated, according to the author, by the personnel of intelligence agencies.

Interestingly, the novel was published a decade ago, in 2008, and was not banned or confiscated in such a way, but as soon as its Urdu translation was published, it annoyed the ‘powerful authorities’. Hanif tweeted in this regard and wrote, “A Case of Exploding Mangoes has been in publication for 11 years now. Nobody has ever bothered me. Why now? I am sitting here, wondering when will they come for us.”

Another issue that has raised concern about the freedom of press and media is the ban on anchorperson Kashif Abbasi’s TV talk show and also his appearance on any TV channel as an analyst by PEMRA. This ban was imposed after Federal Minister for Water Resources Faisal Vawda appeared in Abbasi’s show, where he used derogatory language and taunted on the leadership of PPP and PML-N in presence of PPP leader Qamar Zaman Kaira and PML-N leader Javed Abbasi. Vawda criticised the leadership of PPP and PML-N because they voted for ‘Pakistan Army (Amendment) Act, 2020’ to appease the military establishment. Surprisingly, rather than giving any notice to Vawda for using derogatory language and his very non-serious attitude, PEMRA issued a notification and banned Kashif Abbasi’s appearance on any TV channel for two months.

According to an excerpt from the PEMRA notification: “Arguments made by Mr Vawda were not only extremely frivolous and derogatory but also an attempt to debase a state institution.” While mentioning Kashif Abbasi, PEMRA further stated: “Whereas, role of programme host Mr Kashif Abbasi was quite unprofessional who actually did not intervene or stopped (sic) that unethical act performed by one of the panellists during a live show rather took the entire incident casually and kept smiling/cherishing such occurrence.” On the other hand, Premier Imran Khan banned Vawda from appearing on any talk show only for two weeks.

It was the prime responsibility of a program host like Abbasi to not allowe such N act in his program. This might be thought by the anchorperson and his team that such an unethical attitude of Vawda would benefit the show in terms of ratings, which was true because the number of viewers of this particular show was high. But, simultaneously, the host and his entire team must have thought about journalism ethics also. Still, I believe, it’s unjust to ban Kashif Abbasi, who is one of the very few bold anchorpersons of Pakistan, especially for such a long period. And Vawda, who was the actual driving force behind the mess, was banned by the PM just for two weeks. 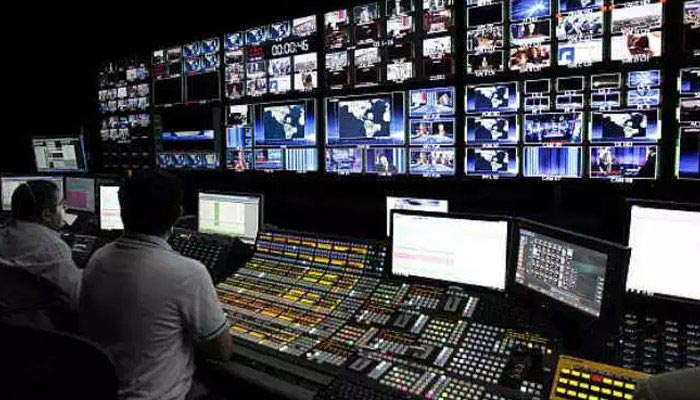 It is tragic that for the previous one and a half years, freedom of expression and media is completely under threat by Imran Khan’s regime. Khan was continuously being supported by the same media before he came to power. Likewise, when he became prime minister, he thanked the media with these words: “Had it not been free media and independent journalists, I would have not been in this position. I will never forget what the media has done for me.” Imran Khan might be expecting that the media would continue supporting him as he was being supported when he was in opposition. Khan forgets that the job of responsible media is to criticise policies of bad governance of every government.

However, the kind of censorship Pakistan is passing through under Tabdeeli Sarkar is ridiculous. The freedom of expression was not under such kind of censorship even during military dictator Musharraf’s regime. Banning opposition leaders from TV like stopping the interview of PPP co-chairman Asif Ali Zardari and PML-N leader Maryam Nawaz was never justified. Likewise, this was the same Imran Khan who expected live coverage of his every speech during his 2014 Islamabad dharna, but now when he is in power, the electronic media was ordered to not cover Maulana Fazlur Rahman’s speeches live during his dharna. Along with opposition leaders, some anchorpersons are also banned or discouraged to speak/write impartially.

Under such an environment of un-announced media censorship, many newspapers are discouraged from receiving advertisements from the government. Those newspapers and TV channels are receiving advertisements that are being paid less than they were being paid by previous governments. Simultaneously, many journalists lost their jobs, which further increased the unemployment ratio. These developments are very surprising for many because media persons did not expect such censorship from Imran Khan, who was portrayed as an honest leader, by this same media. As a perception maker, media portrayed Imran Khan as an alternative to PPP and PML-N, which along with some other major factors, was one of the factors behind Khan’s rise to power. At the same time, it should be kept in mind that it is not only Imran Khan behind the media curb, but the involvement of some other ‘hidden’ powers cannot be ignored as well. Hence, it is up to journalists/media persons, political forces and the people of the country to resist this un-announced censorship by demanding freedom of expression and press promised in Article 19 of the Constitution.

The writer has a PhD in Global Studies from the College of Liberal Arts, Shanghai University, China, and is an Islamabad-based Independent Researcher