Society needs citizens who understand the climate system and know how to apply that knowledge in their careers and their engagement as active members of their communities. For this to happen, there is a dire need to address the issue by adding climate change in the curriculum as has recently been done by Italy. 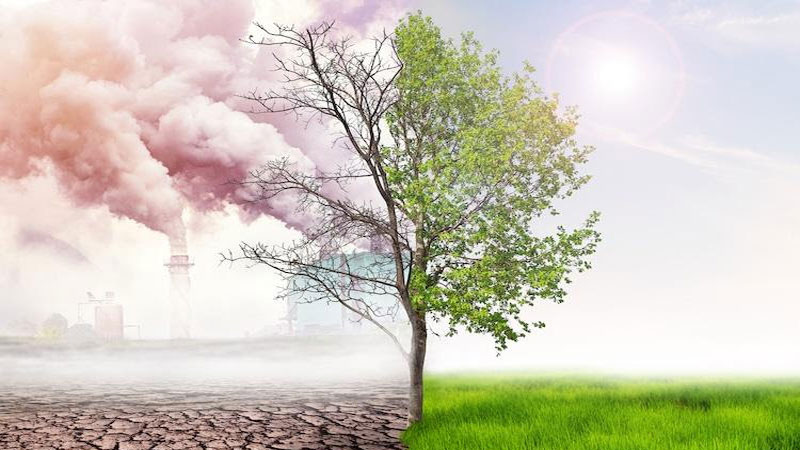 Climate science and energy are complex topics, with rapidly developing science and technology and the potential for controversy. How can educators effectively bring these important subjects in their classrooms? There are many ways to approach climate and energy depending on the grade level, course topics and instructional method.

In Pakistan, students at all levels are made to study subjects related to medical, engineering, commerce and computer. These subjects help them build their career. Hence, there is virtually no intention to include or introduce a subject on climate change. Although there are three exclusive chapters on ecology in higher secondary biology books, they are all rubbish. It does not create any awareness whatsoever and just gives a piece of baseline information, which only makes the money mare go. Our masses need to know about the causes and effects of climate change. They must also know how to combat this issue, which is destroying earth at an alarming rate. Climate change occurs when changes in Earth’s climate system result in new weather patterns that remain in place for an extended period.

Climate change is one of the burning issues of mankind and needs serious attention with clear vision and wisdom to embark upon smart approaches to hit where it hurts more. And this seems to be possible if climate change is included in the curriculum the way Islamic studies and Pakistan Studies have been made integral segment. There is a dire need to address the climate change issue with an objective that the citizens of the future need to be ready for the climate emergency. To make it happen, the mandatory teaching hours must be incorporated into the existing curriculum as Physics, Chemistry Biology Maths, etc.

Italy is the first to step up when it comes to climate change by ensuring their youth is educated on the topic. When the 2020 school year starts, Italy will be the first country in the world to include mandatory teaching hours about matters linked to climate issues, said Lorenzo Fioramonti, Minister of Education in Italy.

Since the revolution in industrialisation, humans have contributed negatively as far as climate is concerned and induced drastic and destroying changes in the ecosystem. In this changing world, man has become dependent on the automobile and domestic items like deep-freezers, air conditioners and fridges, without knowing that while these appliances provide comfort, they are also a source of greenhouse gases, which are responsible for global warming. Major greenhouse gases are water vapours, which cause about 36 to 70 per cent of the greenhouse effect; carbon dioxide (CO2), which causes nine to 26 per cent; methane (CH4), which causes four to nine per cent and ozone (O3), which causes three to seven per cent.

In its Fifth Assessment Report, the Intergovernmental Panel on Climate Change, a group of 1,300 independent scientific experts from countries all over the world under the auspices of the UN, concluded there’s a more than 95 per cent probability that human activities over the past 50 years had warmed our planet.

Moreover, the industrial activities that our modern civilisation depends upon have raised atmospheric carbon dioxide levels from 280 parts per million to 400 parts per million in the last 150 years. The panel also concluded there was a better than 95 per cent probability that human-produced greenhouse gases, like carbon dioxide, methane and nitrous oxide, had caused much of the observed increase in Earth’s temperatures over the past 50 years.

Besides global warming, all other types of pollution, including noise pollution, demand serious attention to educate our youngsters to let them understand cause and effect game. And for that very matter, Climate Change Education (CCE) must be made mandatory.

CCE is an education that aims to address and develop effective responses to climate change. CCE will help policymakers understand the urgency and importance of putting mechanisms in place to combat climate change on a national and global scale.

Education is an essential element of the global response to climate change. It helps people understand and address the impact of global warming; increases “climate literacy” among young people; encourages changes in their behaviours and helps them adapt to climate change-related trends.

Climate Literacy presents information that is deemed important for individuals and communities to understand Earth’s climate, impacts of climate change and approaches to adaptation or mitigation. Principles in the guide can serve as discussion starters or launching points for scientific enquiry. The guide aims to promote greater climate science literacy by providing this educational framework of principles and concepts. It can also serve educators who teach climate science to meet content standards in their science curricula.

Climate science and energy are complex topics, with rapidly developing science and technology and the potential for controversy. How can educators effectively bring these important subjects into their classrooms? There are many ways to approach climate and energy depending on the grade level, course topics and instructional method. For this all, youth engagement may earn results if climate change is made a subject or otherwise included in the curriculum.

The world is experiencing a rising youth population. This new generation has an increasingly strong social and environmental awareness as well as the energy and knowledge to lead our societies towards a low carbon and climate-resilient future. Young people are actively engaged at local, national and global levels in raising awareness; running educational programmes; conserving our nature; promoting renewable energy; adopting environmentally friendly practices and implementing adaption and mitigation projects. This, in future, must play a role in addressing climate change issues.

Pakistan, which has been listed as the seventh most vulnerable country affected by climate change, seems to be serious. It is now seriously tackling the vagaries of weather, both at the official as well as the non-official level. A task force, particularly at the HEC level, thus, should be established with a clear objective to introduce Climate Change as a subject. In any test designed by testing services, the questions of general knowledge should be substituted with climate change. This challenge requires serious and speedy action before it is too late.