The tri-service coordination, vital for jointness of operations, was miserably lacking in our war with India in 1971. Till the evening of D-Day, the Pakistan Navy (PN) did not know the H-Hour. As such, the PN could not take the initiative, like it did in 1965 war when it had the upper hand and bombed an Indian coastal facility. It had forced the Indian Navy (IN) to go on the defensive. The IN had to anchor its aircraft carrier in the Bombay Harbour. In 1971, the IN seized the initiative and when PN ships hurriedly moved out in the open sea, it lost one of its destroyers in the very early stages. The ships had to be on the defensive and returned to Karachi harbour. At that time, the heads of the armed services were designated as commanders-in-chief. They were directly responsible to the Ministry of Defence and the Prime Minister. They acted independently. There was no unifying headquarter. 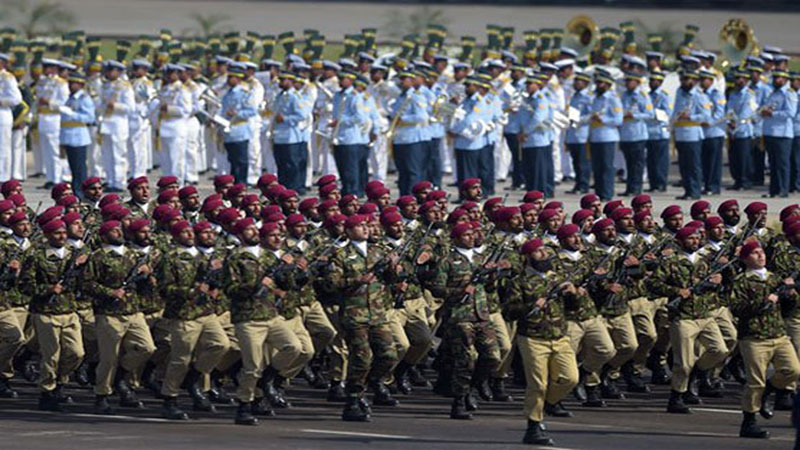 The Hamoodur Rehman Commission, which inquired into the circumstances that resulted in the 1971 debacle, also took cognisance of the lack of jointness in the tri-service coordination. The commission recommended the setting up of Joint Service Headquarters. When I appeared before the commission, there was some discussion on the subject between Justice Rehman and a member of the commission, who was a retired general. Prime Minister Zulfikar Ali Bhutto introduced the Joint Staff (JS) Headquarters. A Joint Chiefs of Staff Committee was constituted, which was to be headed by a Chairman, a four-star general or equivalent from the Navy or the Air Force.

It was expected that this Higher Defense Headquarters would be an effective body. However, this organisation could not be vested with the operational command of the three services. The JS Headquarters only has a coordinating role. It also oversees the Strategic Planning Division. The effective command remains with the three Services Chiefs. The Chairman Joint Chiefs of Staff Committee (CJCSC) is appointed on a rotational basis from the three services. The CJCSC serves as a principal military advisor to the government, including the National Security Council. Since this appointment is more or less ceremonial, therefore, a four-star general, or equivalent in the other two services, would prefer to be appointed as the head of his service than to become CJCSC.

Disagreements between the three services are inevitable whether over roles and missions, budget or defence plans. This is where the importance of civil-military relations and the supremacy of the civilian government come in. A strong civil-military relationship will be an important factor to facilitate jointness. In many countries, civil governments are assertive in ensuring greater jointness. Governments, elected through a popular vote, can resolve differences among the three services.

Effective collaboration of the armed services reduces duplications; resulting in economic benefits. Creating collaboration, just for the sake of it, will not bring about the desired results, unless an appropriate structure is put in place for integrated planning and operations, under one unified authority with responsibility and accountability

Only by creating jointness, the armed forces can be enabled to acquire the capacity of the joint planning, training and operating together. Mere coordination is a loose system, which lacks efficiency and effectiveness. The coordination, merged with integration, brings about the unity of effort, which is essential for result-oriented operations. According to the US military doctrine, jointness implies cross-service combination wherein the capability of the joint force is understood to be synergistic, with the sum greater than its parts (the capability of individual components).

In many Western countries and even in countries like China, Japan, Indonesia, Malaysia, Singapore, Thailand and Sri Lanka, the top military commander is the Chief of Defence Staff (CDS). The CDS is the professional head of the British Armed Forces and the most senior uniformed military advisor to the Secretary of State for Defence and Prime Minister. The CDS is based at the Ministry of Defence and works alongside the Permanent Under-Secretary, the ministry’s senior civil servant. Similar arrangements are there in the European Union and Canada.

Unfortunately, successive governments in Pakistan have failed to create an integrated system of armed forces command. As a result, the triservice cooperation has not been very effective. In hybrid warfare, a rapid and flexible approach will be required and joint operations will be a critical requirement. Hybrid warfare involves a complex dynamic of cyberspace; requiring a highly adaptable and resilient response. In this type of war, even a rapid response can turn out to be too late. The present system of JCSC lacks the flexibility to shift tactics, priorities and objectives of such a war. An integrated approach is needed, which will facilitate joint wargaming to cope with any hybrid war.

In the Second World War, General Dwight D Eisenhower, a five-star general, was the Supreme Commander of the Allied Forces. In addition to planning, he had the operational command. He planned and successfully supervised the invasion of Normandy, which turned the tide against Germany; resulting in its defeat. If he had only the coordinating function, the war would drag on.

Effective jointness of the armed services reduces duplications; resulting in economic benefits. Creating jointness, just for the sake of it, will not bring about the desired results unless an appropriate structure is put in place for integrated planning and operations under a unified authority with responsibility and accountability. Such a structure is the need of the hour because of the impending dangers of hybrid warfare. Only very close cooperation between the armed services can enable them to confront the ever-increasing cyber-attacks.