During the proceedings of a court, any effort to scandalise or criticise the proceedings to influence the verdict is not allowed anywhere. However, fair criticism is considered acceptable after the verdict is handed. It was in this backdrop that Attorney General of Pakistan Anwar Mansoor Khan said on Tuesday that the high treason case against the former president, retired general, Pervez Musharraf, had been void from the beginning. He questioned what the rush was in pronouncing the judgment, the death penalty, which was given in absentia.

Attorney General’s remarks came during a press conference held in Islamabad late Tuesday night. He said that Musharraf was not given a chance to record his statement under Section 342 of the Constitution or produce his witnesses, adding that the courts had operated outside the scope of the law. The debate is raging in media, and some analysts presage perilous implications of recent verdicts.

Expanding on what constitutes a fair trial, Attorney General Khan said: “The court was requested to allow the video statement of the accused to be recorded.” The court said, “You must bring him to Pakistan or else we will not record a statement.” Khan said that hearings [of other cases] had been held via video link, and many people had recorded their statements from abroad in various cases in the past. “A request for a commission to be formed to take his statement was also rejected by the court,” he added. 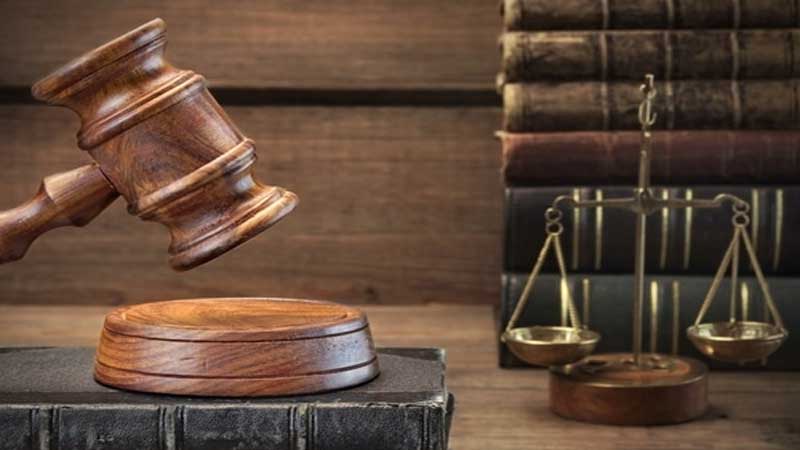 DG ISPR Major General Asif Ghafoor issued a statement following the verdict in the high treason case against General (Retd) Pervez Musharraf on Tuesday. He said that the decision given by the special court had been received with a lot of pain and anguish by the rank and file of the Pakistan Armed Forces. Major General stated: “An ex-Army Chief, Chairman Joint Chief of Staff Committee and President of Pakistan, who has served the country for over 40 years, fought wars for the defence of the country, can surely never be a traitor. The due legal process seems to have been ignored including constitution of special court, denial of fundamental right of self defence, undertaking individual specific proceedings and concluding the case in haste.”

Constitutional expert and renowned lawyer, S M Zafar, remarked: “Suspension or keeping the constitution in abeyance was not an offence on November 3, 2007, as it was added to the Article 6 in the 18th Amendment”

When the proceedings started on Tuesday, the prosecution team, led by Advocate Ali Zia Bajwa, requested that the court amended Musharraf’s indictment, as the government wanted to frame charges against aiders and abettors too, as provided in the sub-clause of Article six of the Constitution. “It is imperative for all accused to be tried simultaneously. The aiders and abettors should be tried as well,” said Advocate Bajwa.

Pervez Musharraf had joined the Pakistan Military Academy at Kakul, and after graduating from the institution in 1964 he was commissioned in the Pakistan Army. He served in the elite Special Services Group (SSG) from 1966-1972, and his first battlefield experience came during the 1965 Pakistan-India war. During the 1971 war with India, Musharraf was the company commander of an SSG commando battalion. After 1971, he continued to excel in several military assignments and was given promotions. In October 1998, he was appointed as chief of army staff by the then premier, Nawaz Sharif. In October 1999, the army overthrew Sharif’s government in a ‘counter-coup’, as Musharraf was dismissed by the then prime minister Sharif over differences regarding Kargil when he was returning from Sri Lanka and was airborne.

When the PML-N government filed the case, many political analysts commented that politicians and judiciary, especially PM Nawaz Sharif and the then Chief Justice Iftikhar Chaudhry, were collaborating on some step against the army. Questions were also asked as to why the treason case had been started on the basis of November 3, 2007 emergency and not for October 12, 1999. Constitutional expert and renowned lawyer, S M Zafar, appearing on TV channels, had more than once remarked: “Suspension or keeping the constitution in abeyance was not an offence on November 3, 2007, as it was added to the Article 6 in the 18th Amendment.” Zafar had stated that law could not be applied with retrospective effect.

Almost all parliamentary leaders of different political parties had supported the then prime minister, but later many politicians changed their stance when they realised that instead of October 1999, the government focused on November 3, 2007 when emergency was imposed.

In 2014, there was almost a consensus among constitutional experts that Musharraf’s collaborators should also be tried under Article 6 of the Constitution, as the clause two of Article 6 states that “persons aiding, abetting or collaborating with a person who abrogates the Constitution shall also be guilty of high treason.”

Many analysts said that instead of General (Retd) Pervez Musharraf’s act of October 12, 1999, the entire focus was on his proclamation of November 3, 2007 emergency. Musharraf’s lawyers had stated that the then members of the cabinet, governors and government functionaries should be held equally responsible. Their line of argument was that had the judiciary not legitimised the October 1999 act, November 2007 would not have happened.

Today, there are voices of dissent that courts are setting the trend of interfering in the matters of executive.