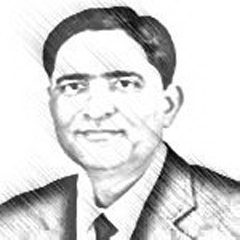 A sorry state of affairs

The professions of law and medicine are recognized for service to humanity. However, the ugly episode at the Punjab Institute of Cardiology (PIC) has brought obvious disgrace to both the professions and depicts a sorry state of affairs in the country. If a section of educated lawyers and doctors can take law in their hands then how others could be persuaded to maintain the rule of law in the country. Therefore, both the professions need to promote the rule of law and meet rightly placed expectations of the people.

The videos that went viral show as if there is no regulatory mechanism in both the professions and the capacity of law enforcement agencies to control such incidents is weak. The professional bodies such as bar councils and medical commission seem to fail in the effective regulation of both the professions in Pakistan.0

How can lawyers’ and doctors’ resort to violence in any civilized society? How can one be allowed to ransack emergency wards, operation theatre, and intensive care unit of a hospital? Can life-saving equipment such as drips of patients, ventilators and oxygen supplying equipment be damaged and forcefully removed by any human? How can doctors be stopped from conducting operations endangering the lives of patients? Are such actions not a stain on our humanity? Even enemies do not attack hospitals during the war? One who belongs to the legal profession and believes in the rule of law cannot play such havoc. Anyone who claims to uphold the constitution and the rule of law cannot defend the attack on the PIC.

The regulatory bodies should have issued an outright apology to the nation and a strong condemnation against those who were engaged in the PIC storming, as the majority of lawyers and doctors are not cut from the same cloth. Those who bring a bad name to the profession should not be supported, as the regulatory bodies are supposed to upgrade the professions. The sanity and the rule of law must prevail; otherwise, our society may drift to anarchy and the law of jungle. The regulatory bodies and the government should have facilitated a peaceful resolution of the issue; the PIC sacking must have been avoided. Now, these authorities should play a proactive role to prevent any crisis in the future.

Effective disciplinary action under Section 9(k) of the Pakistan Medical Commission Ordinance, 2019, must be taken ensuring the enforcement of the code of ethics for doctors. Those who abused the black coat and humiliated lawyers must also be arrested and punished under the law

One-sided blame-game against any profession, community or institution should be averted and quick judicial enquiry should be conducted to fix responsibility on wrong dowers. At the same time, unlawful arrest, harassment and torture of innocent lawyers must be condemned.

Now, this issue may be examined from another angle? Why violence is increasing even in our educated class? Our consecutive governments may be held responsible for the deteriorating educational standards and employment opportunities for the youth. The problem started with the failure of the governments to fix legal and medical education. The private sector was allowed to compromise on the quality of professional standards. Substandard law schools and medical colleges mushroomed throughout the country. They produced a large number of graduates who lacked professional aptitude and ethics.

The regulatory bodies further failed to upgrade the professions. These bodies got deeply politicized. They largely ignored the basic function of professional regulation and accountability. Young lawyers and doctors, in particular, were also ignored in mentor and financial support and a fair opportunity for professional growth. Sense of exclusion, discrimination, and social condemnation produces anger and violence. The PIC tragedy, therefore, may also be understood and explained in terms of failure of our governments and professional bodies to engage and channelize the potential of our youth in professional and other constructive social activities. Thus, we need to identify the reasons for increasing violence in our youth instead of outright blaming. It may help to appreciate the ugly episodes such as the PIC incident in a broader context and to introduce long-term social reform.

In terms of immediate measures, the bar council should enforce the code of conduct for lawyers. The Pakistan Legal Practitioners and Bar Councils Rules, 1976, requires an advocate to uphold the dignity and high standing of his profession, as well as his dignity and a high standing as a member thereof (Rule 134). Moreover, Section 11(b) of the Legal Practitioners and Bar Councils Act 1973, disqualifications for membership of the PBC; Section 11(c), cessation of membership of the PBC; Section 28(a), person disqualified to be enrolled as advocate; Section 41, punishment of advocates for misconduct; Section 46, disciplinary powers of the PBC; and related sections about provincial bar councils authorize the regulatory bodies to take appropriate action for non-compliance. The outcome of these proceedings with reference to the PIC incident should be made public failing which would weaken the bar and our justice system.

Likewise, effective disciplinary action under Section 9(k) of the Pakistan Medical Commission Ordinance, 2019, must be taken ensuring the enforcement of the code of ethics for doctors. Those who abused the black coat and humiliated lawyers must also be arrested and punished under the law.

Finally, the government should ensure a quality system of professional education and opportunities for employment. Institutional reform should be introduced through amendments in the Legal Practitioners and Bar Councils Act, 1973, and the Pakistan Medical Commission Ordinance, 2019, aiming to promote professionalism and accountability amongst both lawyers and doctors. It would help to uphold the rule of law and to increase tolerance in our society.

The writer is the Managing Partner of the Jurist Panel