MEXICO CITY: The wife of convicted Mexican drug lord Joaquin “El Chapo” Guzman will appear on the VH1 show “Cartel Crew” alongside other family members of drug traffickers who grapple with notorious legacies, the television network said on Tuesday.

Emma Coronel, a former beauty queen, and mother of Guzman’s twin girls, attended nearly every day of his 11-week trial in New York, drawing attention for her elegant dress sense. In July, a federal judge sent the kingpin to prison for life. 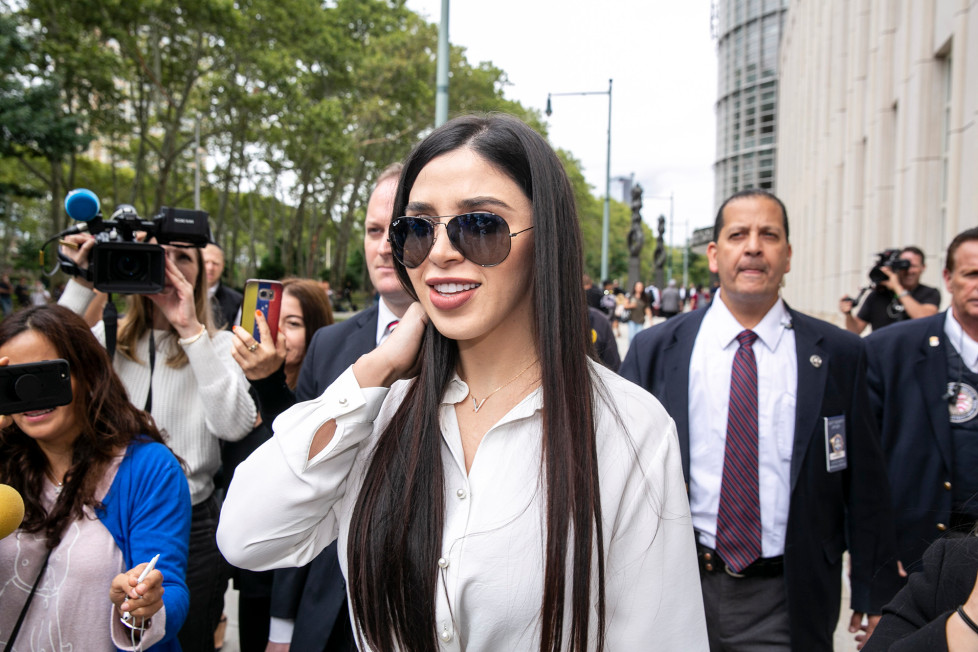 In a video clip promoting the show, Coronel, 30, appears on the bow of a luxury yacht in a lacy white blouse and sunglasses, next to a table laid with flutes of Champagne. A man in dark clothing, who appears to be a bodyguard, stands nearby.

VH1 says “Cartel Crew” aims to offer an insider’s look into how sons and daughters of cartel members are wrestling with their family histories.

“This docuseries follows their journeys as they set out to live legit lives and make names for themselves outside of the drug world,” the show’s website says.

Before his final capture in 2016 and extradition to the United States a year later, Guzman was the world’s most infamous drug trafficker, shipping tonnes of drugs around the world and twice breaking out of maximum security prisons in Mexico.

Coronel was watching in February when a jury in a federal court in Brooklyn found the boss of the Sinaloa Cartel guilty of drug smuggling and various other criminal charges.

Coronel has not been charged with any crimes.

However, a witness at the gang leader’s trial testified that Coronel played an important role in plotting Guzman’s 2015 escape from a Mexican prison and tried to help him break out again after he was recaptured the following January.