With open arms, Prime Minister Imran Khan welcomed the Sikh community in the thousands from its neighboring country and lifetime rival, India. While this is a historical gesture of peace and hospitality for any age, it is extremely relevant in today’s time when leaders like Indian Prime Minister, Narendra Modi, are going around spitting out hate and creating large rifts between the diverse populations in their own countries.

It warmed my heart and gave me a little hope for my own religious community, the Ahmadiyya Community, which has been persecuted for years by the Pakistani government itself. But right after this peace initiative, the Federal Minister of Parliamentary Affairs in Pakistan, spoke for both Imran Khan and himself, saying that they both curse the Qadiyanis- a derogatory term for Ahmadis. 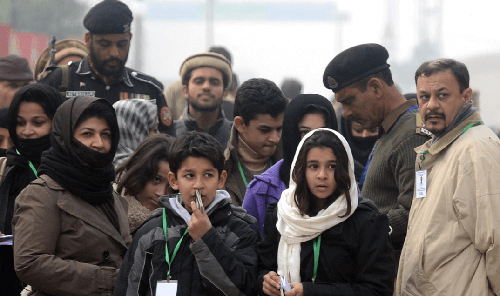 Imran Khan needs to respond to such hate speech immediately if any of what he said in his moving address at Kartarpur is true. How can he openly show so much love to the Indian Sikh community while ignoring the plight of his own Pakistani Ahmadi as well as Sikh, Hindu, and Christian communities? Is this just another example of the clichéd bipartisan love of politicians we know so well, or will he implement the exemplary leadership he so often speaks of?

Ironically, the Ahmadi Muslims’ motto is, “love for all; hatred for none”. So will Imran Khan openly condemn his federal minister’s hate speech and create peace and tolerance for Ahmadi’s and other marginalized people? Or will we end up seeing the same vicious cycle of violence and ignorance?

The writer is a Pakistani American from Virginia.