University is an institution of higher education generally joined by adults after completion of their schooling. This brings together students from all walks of life. At University, every student learns to appreciate, live and mingle with people of different cultural backgrounds. Varsity is not just a place to attain a degree but it also provides such an environment that helps in the development of critical thinking and intellectualism of students. A university acts as repositories for knowledge and light. 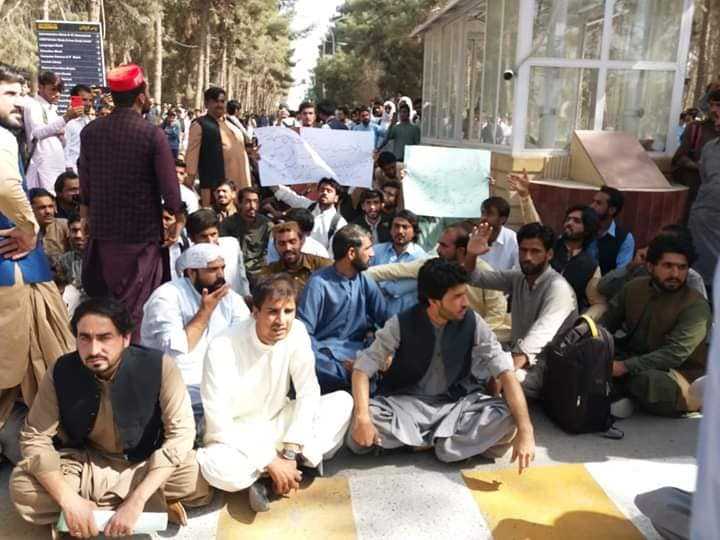 Having said that, the University of Balochistan no longer represents a picture of academics, it is quasi -cantonment where the students are facing restrictions with draconian rules issued by an administration like not letting the teachers mingle with students outside the classes and departments.

This university was, in the olden days was a locus of active learning and politics where students equipped themselves with political ideologies and ideas. Balochistan University is not what it used to be. It was to be a place where the circle of great mentor “Saba (dashtiyari)” was most coveted for. Professors and students would mingle and had long discussions. Many issues were deliberated and students would listen to their teacher for hours. Students were edified by liberal and progressive thoughts of well-read and well-mannered teachers. There is something which is fallen off greatly in the worth of this prestigious institute.

Disregarding this dictatorial attitude of University management but there is a spate of allegations mushrooming every platform about female students having faced sexual harassment at hands of the administrative figures. A furor is caused across the province by intelligentsia demanding that malefactors must be brought to books; firstly they should be removed from their positions until conduction of a fair and thorough investigation is done into this odious matter. Many students were subjected to indecent harassment and blackmailing by administrative figures. Students admitted having been approached by authorized persons and asked them to indulge in immoral activities.

Our heads are bowed in great disgrace that female students were under camera surveillance in a hostel not with the intention of their protection but with a deliberate purpose of blackmailing to satiate the lust of those beasts. This depravity is happening for long. The victimized girls, scared of dire consequences given these unscrupulous men, did not report to anybody at all.

Girls who come to Quetta with dreams of studying in the best institutes of this province fall prey to such an abominable situation mainly because they are utterly incognizant of the self-protection methodology against harassment, eve-teasing and blackmailing.

In Balochistan, where the mobility of women is already limited. Female students having less freedom of choice hardly get any permission from elders to peruse their higher education. Women are facing numerous challenges. But this awful episode might spike the fears of reluctant and conservative parents in letting their girls outside the home. This saga may prompt them not to send their children to universities. Balochistan is already lagging behind other provinces of the country in terms of literacy and availability of educational institutes. The literacy statistics of women in DeraBugti is a case in point where the literacy rate of women is 8 percent. If such a situation of harassment exists in biggest university of the province then can anyone think of improving the conditions of Balochistan?

All the hell broke loose when everyone came to know about it. Obviously parents panic and they discourage their daughters from going to University. Psychological pressure is immensely increased in female students in the province. A significant number of female students avoid their classes out of fear and humiliation. If they are attending classes; however, they are hesitant to use washrooms and other such venues in an irrational perturbation. The university has turned into a haunting place where intimation has replaced the laughter of students. Now, women at UOB feel their sense of safety snatched away.

God forbids that confiscated videos of said scandal may not get leaked from authorities. Otherwise, the consequence of this eventuality may lead to disastrous repercussions like this might cause psychological disturbance and induce suicidal thoughts in students. It must be ensured that video must be erased for once and all not to leave a chance of being leaked. Many lives of innocent en-rollers of this university are at stake with the safeness of these videos.

There are substantial and sufficient shreds of evidence to infer that university administration acted beyond its mandate in installing hidden cameras in electric panel boards of female students’rooms and washrooms, violating their privacy. The responsible people in administration should have hung in great shame and resigned themselves on moral grounds. But, instead, they are performing their duties without being questioned. All and sundry are demanding the removal of some suspected figures from their positions and punitive actions must be taken against them. In spite of all hue and cry, the provincial government seems to be helpless because these evildoers are so influential and enjoy big support behind, that nobody can dare to bring them into the probe. There is an onus on the provincial setup to rise to the occasion and address the alarming concerns of people. Also, we people of the Balochistan earnestly request the Prime Minister and the Chief of Army Staff of Pakistan must intervene in this matter and play their constructive role in unraveling the issue and the real culprits shall receive exemplary lessons. Otherwise, despondency will be fate.