Over the last few decades, the world has been urbanising at a meteoric pace, which is wreaking havoc on the global ecosystem and propagating informal sectors of housing and economy. Due to rapid population growth, the world economy is insufficient to accommodate an inordinate amount of rural migrants and the urban poor in the formal urban economic system.

According to the International Labour Organization, 61 percent of global work force and 44 percent of all urban workers are bracketed in informal sectors of urban economy. In the developing world, more than half of the urban workers are employed informally. Informal urban economy is playing the role of big fish in accelerating the economies of cities and regions. Street vending is a substantial economic source for rural migrants in cities and resultantly, street vending market supply consumer goods at lower prices, which are affordable for the urban poor. Despite it being a substantial segment of economy, informal economy is inimical, and a negative mode of economy to urban economists and city planners.

The informal economy is termed as black and underground economy, as it operates outside the confines of a legal framework. The informal economy is an undocumented economy and is nourished without paying formal taxes. The main features of an informal economy are that it is not sanctioned under a government regulation, is majorly based on an unskilled work force, has a lower startup cost, and is fundamentally linked to rural migrants.

Urban streets and public places are major grounds where vendors run an informal market and encroach public utility sites like footpaths, urban parks and state land. In developing countries, regularisation of street vending is emerging as a daunting challenge for city planners and urban economists. Encroachment over urban streets is curbing mobility and accessibility of urban residents and triggering traffic congestion and air pollution. Consequently, local development agencies harass street vendors by executing anti-encroachment drives against street encroachers without bothering about how this segment will find their livelihood.

Contemporary, national anti-encroachment drives have raised many weighty arguments and questions: how would national and provincial governments accommodate and compensate the forcefully evicted vendors in a formal economy? Have city planners designed or proposed dedicated vending zones in city development plans for vender markets? How we can plan our cities that are inclusive and responsive to an informal economy where vendors can run their business in a planned way without harming the environment of cities.

In this epoch of democratisation, cities need an inclusive and a smart planning framework that will be more responsive and robust to the diverse segments of a society. Smart and inclusive cities protect the rights of informal workers and provide them an egalitarian and conducive environment for informal markets. Commendably, several developed and developing countries have adapted modern panning practices and have developed inclusive and responsive planning machinery, which accommodates street vendors in their urban development plans and policies.

India has more than ten million street based workers, and predominantly, these vendors are residents of major cities of India. Notably, the Indian National Policy on Urban Street Vendors (2009) necessitated city planners to provide legal cover by designating dedicated vending zones for street vendor markets in master plans of their cities. The Indian urban street vendor policy has ensured planned provision of electricity, water supply and sanitary infrastructure for vendor markets. Protection of livelihood and Regulation of Street Vending Act 2014 has started a new planning framework for urban street vendors in India. Under this act, urban mangers are bound to formulate town vending committees.

According to the International Labour Organization, 61 percent of global work force and 44 percent of all urban workers are bracketed in informal sectors of urban economy

The primary function of a town vending committee is to demarcate a dedicated vending and hawking zone within the precincts of city where vendors can operate their business in a sustainable way without damaging the image of the city. Under this legislation, the state is responsible for providing educational facilities to children of hawkers and small loans through welfare boards and NGOs. The prevailing legislation on street vending has imparted fruitful results for all concerned stakeholders. Informal market is now striking economic growth in Indian macroeconomics because vendors have licences for their vending business without having a fear of forced eviction from development authorities.

The 2016 Gallup Survey of Pakistan highlighted that 75 percent of Pakistani inhabitants said that they have easy access to hawkers, khokhas and dhabas. This shows that the urban poor in Pakistani cities are largely dependent on vender market because household use commodities are cheaper than formal commercial markets and stores. Instead of regularising and developing a policy framework for them, the present government is taking stringent anti-encroachment measures against urban street vending markets. Street vending has strong roots in our socioeconomic culture, and development agencies must not squash urban vendors with an anti-encroachment drive.

Government should launch a national programme for regularisation of the informal sectors of the economy by enacting a national policy for urban street vending. Under the eighteenth amendment, provinces have the constitutional right to formulate acts and laws for the social and economic welfare of masses. Therefore, all provincial governments should pay attention to this pressing issue of urban street vendors by framing statutes for regularisation of the street vending economy. Urban planners working in the local development authorities of major cities like Karachi, Lahore, Faisalabad, Rawalpindi, Multan, Peshawar, Quetta and Gujranwala, in collaboration with the metropolitan and municipal corporations, should designate vending zones in development plans of cities, and regulate this economy rather than destroying the livelihoods of urban vendors.

In ‘Naya Pakistan’, champions of treasury benches have raised many slogans for the poorest of the poor segment of society in their political campaigns. This is the right time to guide the national economy by formulating inclusive and pro-poor policies and urban planning framework that safeguard the rights of urban street vendors.

The writer is a freelance columnist and student of MSc 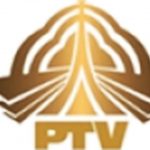