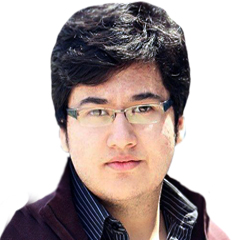 Pakistani millennials need a seat at the table

Over 60 percent of Pakistanis are under the age of 30. Most of us have come across this number at one point or the other, but many may not grasp the true magnitude of this demographic makeup. In absolute terms, this means about 120 million people fall into this age bracket, that is more than four times the entire population of Australia. If under-30 population of Pakistan decides to form a separate country, it would be the 12th largest in the world, just a bit smaller than Japan.

There is a very real consequence of this gap. Young people in Pakistan are systemically excluded from policy making, and policy makers are generally unaware of what young people want. This is ironic considering that it is the millennials have to live the longest with the consequences of today’s policy decisions.

This lack of engagement of Pakistan’s youth had put the country on the international radar. The Global Youth Development Index and Report 2016 ranked Pakistan a dismal 154 among 183 countries. The civic participation score of Pakistan has fallen by nearly 60 percent while the political participation of young Pakistanis is down by 69 percent. The report notes that, aside from Pakistan, every country in the Commonwealth either maintained or improved its level of youth development from 2010 to 2015.

Pakistan has done little to improve the lives of young people. This is despite its own admission in the Pakistan Vision 2025 framework that it is “committed to addressing this situation through major investment in youth.” The National Youth Policy, if implemented, is a decent starting point for this engagement — but even it doesn’t go as far as empowering the youth and doesn’t set up tangible goals to achieve.

If the under-30s population of Pakistan decides to form a separate country — it would be the 12th largest in the world, slightly smaller than Japan

Despite these promises, the Next Generation Voices Research by the British Council showed that the youth, in general, are disenchanted by mainstream politics and have low levels of confidence in public institutions. Even more alarming is that the young fear for their own future as well as for that of their country. This makes the youth pessimistic, they feel not engaged by the state and are objectively discouraged from putting their viewpoint forward.

The fact is that Pakistan doesn’t need to develop a new framework for engagement with its youth majority. It isn’t rocket science or even political science. Just make sure that the youth have a seat on the table, every matter of policy affects them, look at them as a resource rather than a liability. The young development fellowship program run by the Planning Ministry has been rather successful in engaging young Pakistanis in development policy through a structured year-long employment.

It’s a drop in the bucket, but every drop counts. Other ministries need to follow suit and set up programs like this. There are existing programs Pakistan can sign up to. The United Nations encourages member states to sign up to the UN Youth Delegate Programme which enables member countries to send youth delegates in a country’s official delegation to the United Nations General Assembly. Some 30 countries take part in the program. There is no reason why Pakistan shouldn’t take part.

Pakistan has a short demographic window to use its young population to build a fairer, prosperous society. By the second half of this century, Pakistan’s population will start ageing rapidly. Pakistan can’t afford to be old and poor. This could very well spell a demographic disaster for the country. It’s about time we gave an opportunity to young Pakistanis to convert their energy into action. This can’t happen if they don’t have a seat at the table.