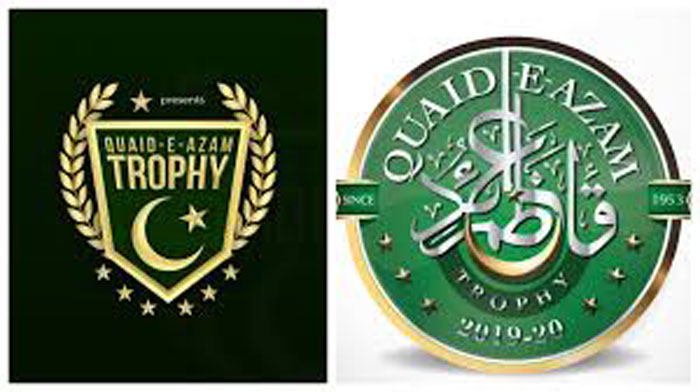 Six teams, 31 matches on a double-league basis, country’s best of the best live in action and a total cash award of PKR20million along with an iconic trophy at stake. It can’t get any bigger than the PCB’s premier four-day first-class Quaid-e-Azam Trophy of the 2019-20 season, which gets underway at three venues on Saturday (today). In the first round derby fixture, Central Punjab will go toe to toe with Southern Punjab at the Gaddafi Stadium, the home of Pakistan cricket, with the two sides captained by the promising Babar Azam and Shan Masood, respectively. Experienced Sarfaraz Ahmed will lead Sindh against Balochistan, which will be captained by the crafty Haris Sohail, while the energetic Mohammad Rizwan will skipper Khyber Pakhtunkhwa’s home fixture against the Northern, which will be led by the charismatic Umar Amin, at the Abbottabad Stadium.

Apart from the six national team players, other PCB centrally contracted players along with a host of equally talented cricketers will battle out for supremacy in pursuit of not only the most prized trophies on the domestic circuit, but also attract the eyes of the newly-appointed Pakistan national team’s head coach and chief selector Misbah-ul-Haq for the coming international assignments. Misbah will be supported by the six team head coaches – Arshad Khan (Balochistan), Azam Khan (Sindh), Abdul Rehman (Southern Punjab), Ijaz Ahmed Jnr (Central Punjab), Mohammad Wasim (Northern) and Kabir Khan (Khyber Patkhtunkhwa) – who will also serve as the national selectors.

The revamped domestic circuit is aimed at providing cutthroat competition, which is expected to inspire and motivate the domestic players to produce their best performances and help the selectors to pick the high performing cricketers, which, in turn, will contribute to forming formidable sides and consequently narrowing the gap between international and domestic cricket. To allow the domestic cricketers with an opportunity to fully display their talent and there is a proper balance between the bat and the ball, the cricket board has ensured that best cricket playing facilities are provided, including good pitches, use of kookaburra cricket balls and the introduction of the no-toss rule.

Furthermore, and taking domestic cricket to the digital world, the PCB, for the first time, will live-stream one match from each round. This means from the first round, the fans will get a chance to follow and monitor ball-by-ball coverage of the Central and Southern Punjab teams from the Gaddafi Stadium. In addition to this, the five-day final of the Quaid-e-Azam Trophy, which will be played from December 9-13 at the National Stadium, will be televised live. The PCB is also using the Quaid-e-Azam Trophy to impart media training to the budding and talented players. In this relation, pre-match media conferences, followed by daily news conferences are planned. These media interactions will take place in the dedicated media conference rooms, which have been set up specifically for this purpose.

One of the biggest and widely acknowledged news from the Quaid-e-Azam Trophy was the resumption of top-level cricket at Bugti Stadium in Quetta. The picturesque venue had last staged a first-class match 11 years and this season, it has been allocated four matches, including three which will be treated as Balochistan’s home fixtures. The PCB has designed the 2019-20 event schedule in such a way there is a context and each domestic event is connected to international cricket. In this regard, the Quaid-e-Azam Trophy will be a split event. In the first phase, four round matches will be played, following which the event will break for the National T20 Cup, which will be played from 13-24 October. The National T20 Cup will provide the shortest format specialists to strengthen their claims for HBL PSL 2020 draft as well as for the three-T20I series against Australia, which will be played in the first week of November.

The Quaid-e-Azam Trophy will resume with the fifth round action from October 28. This time, the incentive for the red-ball cricketers will be to perform and impress the selectors for the World Test Championship fixtures against Australia (in Brisbane from November 21-25 and in Adelaide from November 29 to December 3 (d/n)).

Meanwhile, the Quaid-e-Azam Trophy Second XI tournament will run simultaneously with the First XI tournament. The 30 group matches will be of three-day durations, while the final will be four-day fixture that will be played at Karachi’s State Bank Stadium from 26 to 29 November. Some new and some innovative features of the Quaid-e-Azam Trophy have impressed the six young team captains who look forward to playing a leading role in making the revamped structure a successful one.