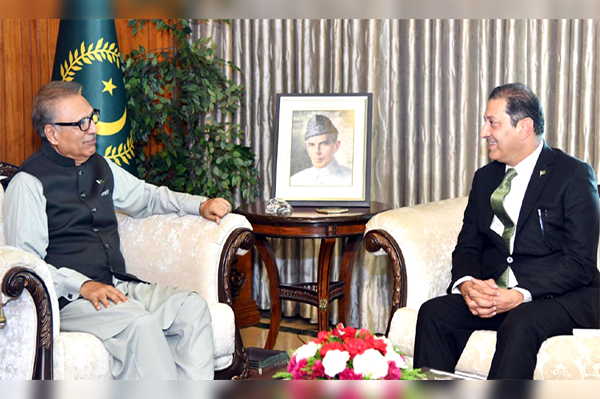 ISLAMABAD: President Dr Arif Alvi on Tuesday said Pakistan greatly valued its relations with Czech Republic and invited its investors to benefit from investment-friendly policies of Pakistan in the areas of mining, renewable energy, joint ventures in textiles, manufacturing of vehicles and power generation.

Talking to Ambassador-designate to Czech Republic Muhammad Khalid Jamali here at the Aiwan-e-Sadr, the president stressed the need to bolster high level contacts in this regard. President Alvi said the Pak-Czech trade was not commensurate with its true potential as immense scope existed between the two countries.

He underscoring the focus of the Pakistani Government on bolstering its exports through value-added products like designer goods and directed the ambassador-designate to work for further expansion of economic cooperation.