* Site Cineplot.com gives the story line of the film 'Zeher-e-Ishq' as that of an impulsive woman, Sanwali (Mussarat) who develops early in life uninhibited instinct of motherhood 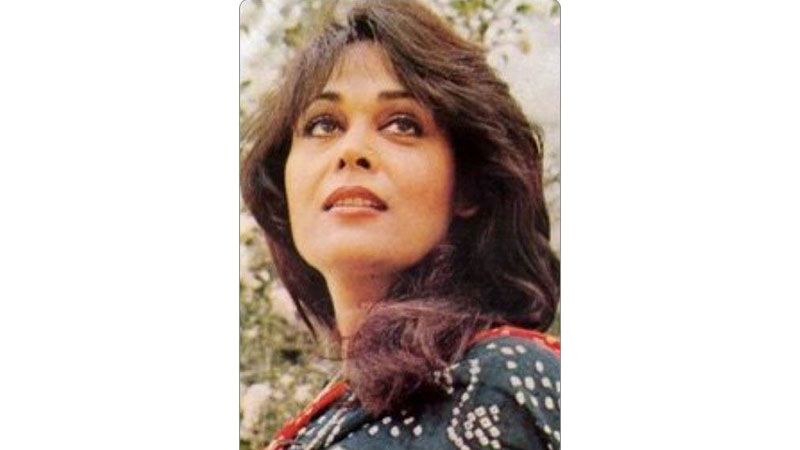 Mussarat Nazir, the sparkling actress of Pakistani Silver Screen though was appreciated in 1955 for her acting skills in the movie ‘Pattan’ but I noticed her for her performance in her film ‘Zeher-e-Ishq’ in 1958.

Her co-stars were Bibbo, Habib, Neelo, Nusrat Kardar, Ali Baba, Agha Pir Jan, M. Ismael, Maya Devi, Pisho, Sultan Rahi (Extra) and Yasmin. Written and produced by and of course music by Khwaja Khursheed Anwar gave full exposure to Mussarat Nazir in a character to act and dance. All great names collaborated to make this movie different from the normal rut. These names included Nabi Ahmad on camera and Qateel Shifai as lyricist.This movie was considered as a bold experiment in finding new and better values for Pakistani Cinema as it went against the standard norms of story, treatment and music prevalent at that time.

Site Cineplot.com gives story line of the film ‘Zeher-e-Ishq’ as that of an impulsive woman, Sanwali (Mussarat) who develops early in life uninhibited instinct of motherhood and as a highly possessive character about what she loves. Her whole character is molded by these two governingpersonae. When she falls in love with Jamil (Habib), an artist belonging to a house where social status and family prestige are still held most sacred, she wants to have him all to herself. Strangely both of them are loved and sought in marriage by other persons. Both are forced into marrying persons they do not like. They are equally madly in love with each other, with the difference that while Sanwali knows of no bonds on love and has the will to fight for happiness, Jamil suffers inwardly and submits under his domineering mother to the painful routine of home life with his loving and dutiful wife. Even the arrival of a baby fails to relieve his torment. Mussarat excels in the bold character and Habib in the meek, shy character. The song ‘Raat Chandni Main Akeli’ sung by Zubeda Khanum wherein Mussarat dances and sings awaiting Habib with changing moods from happy to sad is amazingly filmed. Habib desire to run for her but for his mother standing in his way with a stick in her hand, dissuades him to go for Mussarat Nazir in the middle of the night.

Sanwali breaks away from bondage and returns to bring peace to her love. Jamil’s wife, seeing the lovers’ happiness, decides to move out of their lives. Sanwali gets Jamil. But she must have a child. Four years pass by and the only thing she can fondle is the old doll. She tries to accept her stepson as her own but the grandmother’s baby would not take her for mother. She also comes to know of her rival’s sacrifice. Caught in a dilemma she follows her natural motherly instinct to solve her misery. The film presents some of the artists at their best. Musarrat displays a fine command over histrionics in her marvelous performance as Sanwali. The role fits her completely and she lives it up like a great artiste. Yasmin is a perfect foil for her. She is dignified and restrained. And after a long, long time one sees Bibbo acting. The child, Pishoo, shows gifts of naturalness and confidence.

Sanwali breaks away from bondage and returns to bring peace to her love. Jamil’s wife, seeing the lovers’ happiness, decides to move out of their lives. Sanwali gets Jamil. But she must have a child. Four years pass by and the only thing she can take care of is an old doll. She tries to accept her stepson as her own but he doesn’t reciprocate her love

Mussarat Nazir’s first love was singing. Not earning enough from singing at Radio, Mussarat approached director Anwar Kamal Pasha for songs who advised him to switch to acting. He gave her the name Chandni and her first appearance was in his film ‘Qatil’ which starred great names of its time, Sabiha Khanum and Nayyar Sultana. Chandni was effective but still went unnoticed. Then Sheikh Latif of Capital Films, on the recommendations of writer and poet Baba Alam Siyahposh booked her as heroine in his 1955 film ‘Pattan’ opposite Santosh Kumar. This opened doors for Mussarat to act in the film ‘Patey Khan’ along with Nurjehan and Aslam Parvez subsequently. Her dance and flirtation with Aslam on the song ‘Do Rahi Rasta Bhool Gaye Rang Badal Gaya Afsaney Ka’ is amazing in western attire. Music by Akhtar Hussain Akhian was superb also. In this film her real name was used.

This film was Bari Malik’s production with Mussarat Nazir and Lala Sudhir in the lead. Directed by M. J. Rana it starred Ajmal, Ilyas Kashmiri, Nazar and Zarif in the support cast. Baba Chishti contributed music. There were ten songs mostly sung by Zubeda Khanum and Inayat Hussain Bhatti. It was a silver jubilee film.

In another blockbuster film ‘Yakke Waali’ Mussarat joined as leading pair with Sudhir in 1957. Her bold act as a female Yekka (cart) driver won her accolades. Zubeda Khanum’s songs and Baba Chishti’s music with Mussarat’s dances became household crooning like ‘Resham Da Lacha Lak Vei’, ‘Haan Deya Mundeya’ and alike. This film celebrated its Golden Jubilee in Pakistani cinemas. Its producer Bari Malik bought a film studio for himself from the hefty profits of this film. This film was one of the biggest musical super-hits of the 1950s in Pakistan.

This was a Shaukat Hussain Rizvi’s produced and directed film with Mussarat Nazir and Sudhir in the lead with Neelo and Husna in the support cast. Music was given by Rasheed Attre and lyrics were penned by Qateel Shifai. It was released on April 21, 1958 in Regal Cinema, Lahore and in Ritz Cinema, Karachi. It did average business. Initially Nurjehan was the heroine but due to domestic problems she was replaced by Mussarat Nazir by Nurjehan’s husband Shaukat Hussain Rizvi. It is believed that the film’s story was based almost on the theme of their separation.

An amazingly heartfelt and touching song ‘Kaisa Naseeb Laai Thi Gulshen-e-Rozegaar Main’ with on-screen Musarrat Nazi is one of the most inspiring melody. Dr. Usman Latif Khwaja, a Nurjehan fan says it out of the world tune. He adds that no one can sing this in east or west;the veracity of her emotions is affective to extent of ecstasy and the melancholy is magnificent;it can bring tears of doom or joy just listening to this great piece itself! Nurjehan is the greatest ever!

There were total of seven songs in the film. Song ‘Thora Thora Tum, Thora Thora Hum, Aao Pyar Karain’ by Saleem Raza and Zubeda Khanum is filmed on Mussarat and Sudhir. Nurjehan contributed another song ‘Toofan-e-Muhabbat Utha Hai, Hum Kaash Iss Main Beh Na Jaein’ penned by Qateel Shifai. Nurjehan till her 1963 film Mirza Ghalib had not given playback except for the films in which she acted. This 1958 was an exception as initially she was to act in this film.

In the 1969 film ‘Jhoomar’ Khwaja Khurshid Anwar and director Masud Parvez did their best to bring screen manifestation to drama by using the innocence of a mountain girl played by Mussarat Nazir. Music has played a dominating role in the advancement of the story unlike today where most of the songs are forced in the film with low quality lyrics and forced entries. In ‘Jhoomar’, music and lyrics are pure and fit in the story as a natural consequence. The songs ‘Chali Chali Re Chali Re Main Tau Dais Piya Kei Chali Re’ rendered by Nahid Niazi wherein Mussarat climbs down the green slopes, majestic trees, and singing streams has exposed the locale, inhabitants close to the natural ones. Nothing is artificial. The camera exposes the warmth of village life. In his review I. A. Rehman writes ‘It is most refreshing to see Musarrat shorn of false glamour, looking every bit a mountain belle. Hers is a great performance and there is something to note when it is remembered that her previous best performance was in Zehr-e-lshq”.

This film was the brainchild of writer Riaz Shahid, actor Shaan’s father and Neelo’s husband. It was directed and produced by Khali Qaiser. The film was blockbuster film due to its story, acting, direction and music and is considered a classic in Pakistani Cinema. It starred Musarrat Nazir, Aijaz, Husna, Allauddin, Talish, Himaliyawala, Talish, Saqi and Aimi Minwaala. Musical score was provided by Rasheed Attre. Songs were written by Tanvir Naqvi, Qateel Shifai, Tufail Hushiarpuri, Munir Niazi and Faiz Ahmad Faiz. Crooners were Zubaida Khanum, Naseem Begum, Nahid Niazi, Munir Hussain and Ahmad Rushdi. Kamran Mirza did a good job on camera.

The storyline is that in around 1922, a lone foreigner namely Lawrence arrives in Saudi Arabia. He enjoys the traditional generosity and hospitality of the Arab tribal. The hosts did not know that their guest had some ulterior motives. He had his eyes on the oil deposits deep under the Arab territories. The Arab chieftain opposes this idea vehemently. With cunning manipulation and duplicity he manages to overthrow the chieftain, and gets his way with the blessings of the incumbent ruler. He sets up an oil drill and refinery, and exports the oil to foreign countries while paying a token amount of cash to the Arab ruler. He also colludes with the local Jews and uses a popular cabaret dancer named Laila to get her followers and fans hooked on opium. But an Arab blacksmith named Haris has been on to Lawrence, and plans a resistance with the exiled former chieftain. I wonder if this film took inspiration from Hollywood film Lawrence of Arabia in which Lawrence is found to be a misfit British Army lieutenant, notable for his insolence and education. Over the objections of General Murray, Mr. Dryden of the Arab Bureau sends him to assess the prospects of Prince Faisal in his revolt against the Turks. On the journey, his Bedouin guide, Tafas, is killed by Sherif Ali for drinking from his well without permission. Lawrence later meets Colonel Brighton, who orders him to keep quiet, make his assessment, and leave. Lawrence ignores Brighton’s orders when he meets Faisal. His outspokenness piques the prince’s interest.