Kashmir case should be fought according to Zulfikar Bhutto’s ideology: Bilawal 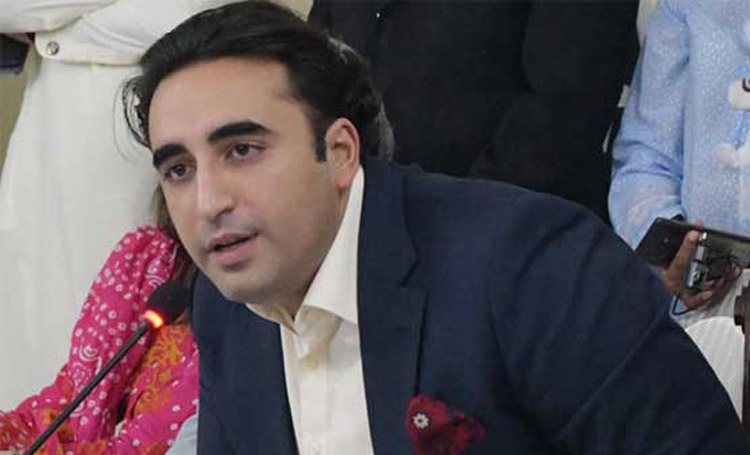 Pakistan People’s Party (PPP) Chairman Bilawal Bhutto Zardari has said that the people of Gilgit Baltistan have to fight with their Kashmiri brothers and sisters in their struggle for freedom from the Indian occupation.

“The attack on Kashmiris is attack on the whole Muslim community as well as the United Nations. Selected PM Imran Khan does not have the ability to fight the case of the people of Kashmir,” the PPP chairman said while addressing a rally in Astore, Gilgit Baltistan. He said the Kashmir case should be fought according to the ideology of Zulfikar Ali Bhutto. “Whether the PM does so or not, I will deliver a speech in Skardu and will provide our stance on the Kashmir issue,” he added.

“Even though Nawaz Sharif is my political opponent, blackmailing an adversary is cowardice and sending him to jail at this age along with his daughter is a spineless act,” the PPP chief said, adding that he was busy supporting the people of Kashmir when the government targeted Faryal Talpur, which, he said, is another example of their cowardice.

The PPP government has always fought for the rights of the people of Gilgit Baltistan and they still remember Benazir Bhutto for her sacrifices, Bilawal said, adding that the PPP faced many challenges during its government from 2008 to 2013, including floods and terrorism. “PPP uplifted the people’s standard of living and carried out several development projects, including Benazir Income Support Program, which enabled the women to have money to fulfill their needs. PPP gave relief to farmers and labourers as well,” he said. “The lady health workers project was also given by the PPP,” he added.