The philanthropy of INGOs

Affluent INGOs tend to eclipse poor NGOs when it comes to initiating projects because they have their agendas.

There is an implicit notion that external donor agencies can create, develop and engender change through innovation, at times through think tanks, to aid beneficiary countries as well as provide a moral check on markets to sustain the egalitarian integrity of the state. Presently, around 15 per cent of overseas development assistance is routed through Non-Governmental Organisations (NGOs), amounting to almost USD 10 billion.

As per World Bank estimates, the NGOs range from 6,000 to 30,000, bolstered by community-based organisations in the developing world; spreading to a few hundred thousand.

The desired political independence, transparency and non-discriminatory spending and disbursing pattern are simply not there; perhaps attributable to the fact that funding accrues from respective governments, multilateral institutions and private-sector commercial and strategic interests. 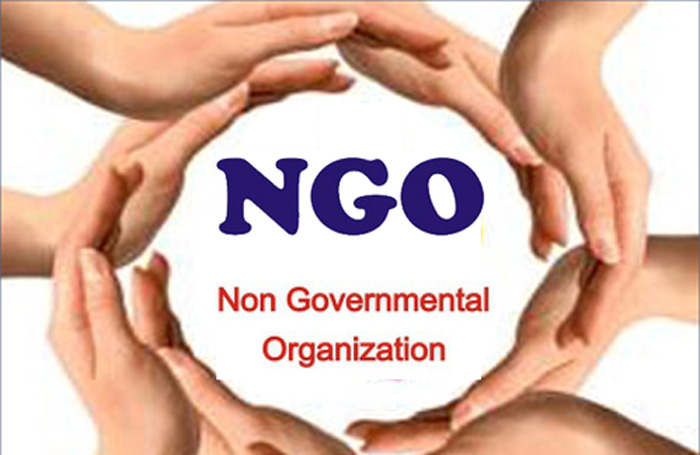 There is a widening gap between the affluent and the resource-strapped NGOs of lesser developed countries, relatable to “the first industrial revolution,” “sustainable development” and now “the fourth industrial revolution,” incorporating artificial intelligence (AI) as initiatives. According to the UN Office for Coordination of Humanitarian Affairs’ analysis based on working statistics from the OECD data on the allocation of funds to civil society, despite their crucial role, Syrian NGOs struggled to obtain basic costs for the sub-contracting and partnership agreements, executed with international agencies. While international actors are visibly committed to transparency, 30 per cent of the known funding is incurred on dubious humanitarian actors.

The desired political independence, transparency and non-discriminatory spending and disbursing pattern are simply not there; perhaps attributable to the fact that funding accrues from respective governments, multilateral institutions and private-sector commercial and strategic interests

The quantum of global funding flowing to civil society in the southern hemisphere is around two per cent whereas the remaining 98 per cent goes directly to International Non-Governmental Organisations (INGOs), who, intriguingly, sub-contract more than 80 per cent of the projects for execution to local NGOs.

The average annual salary of a chief executive from the southern part of the world is USD 21,000 equivalent to the average salary of a junior executive from any NGO operated from Europe or the US and many times lower than the average salary of a chief executive in the developed countries. Such abysmally low salaries negatively impact the capacity-building of local organisations, especially on crucial staff appointments such as project and finance staff. This may lead to a “brain drain” as the staff cannot forestall lucrative careers of INGOs and UN agencies being a permanent bureaucracy.

The staff of localised NGOs are exposed as local humanitarian workers missing on key security measures tend to be close to conflicts. On the other hand, INGO workers are either not in the field or restrict their movement to secure zones in conflict-ridden countries including the UN and its agencies, with the insurance coverage being significant.

In conflict areas round the world, the majority of NGOs in the global south seeks subgrants from INGOs.

Their agenda and orientation are understandably compromised to conform to what is known as the “Development Paradigm” to cater to the interests of INGOs and the countries that fund them. Thus, there are no real local NGOs in the true sense, and the influence of the developed world permeates insidiously into the legitimacy, independence and objectivity of local communities. The apologists claim that the sheer financial magnitude and geographical spread of projects warrants an oversight by US or European INGOs wherever grant-funded projects are involved with compulsory recruitment of European origin individuals that are allowed higher remuneration and accompanying discriminatory pay structure.

In OECD countries, mainly the US, Germany, UK, Japan (with distinctive NGOs), and France, which focus on its former colonies, account for almost 70 per cent of grant disbursement to INGOs. Concerns abound that with some states dominating a large number of civil society organisations, they are likely to exert undue influence over policies and advocacy leading to soft power supremacy (Development, Defense and Diplomacy). In the last decade, these apprehensions have intensified with the developed countries accused of hiding behind humanitarian assistance to shape friendly economic and social policies under the new aid tendering system known as Request for Proposals.

In spite of having travel and accommodation expenditures waived, NGOs from the developing countries cannot afford to attend events such as the World Economic Forum to be visible in the international development sector (the individual fee is USD 70,000 and the institutional fee is USD 600,000). With budgets linked to particular initiatives and additional funding required to participate in advocacy symposia, such as World Economic Forum, the UN and World Trade Organisation, the less-resourced take up the slack where their voice can be heard. Affluent INGOs tend to eclipse poor NGOs when it comes to initiating projects because they have their agendas, which makes transparency and accountability an issue for poor countries, differing in terms of culture, religion, norms and values.

In violence-wracked regions, such as Iraq and Syria, intensified violence restricts the safety, security and mobility of the UN, its agencies and INGO’s hence communication and execution mode operate through GPS for promoting humanitarian and development programs. The outreach, local visibility and impact cannot be carried out exclusively through hi-tech. Ensuring the safety and security of UN and Western aid personnel is one thing but relief may not reach the vulnerable segment in such conflict zones in the manner in which it was intended and situations become complicated despite the best of intentions with the Western taxpayers money not being effectively utilised for the noble purpose it was intended for.

Instead of increasing transparency, INGOs bury their heads in the sand, inviting the ire of the targeted vulnerable and marginalised communities.

Cosmetic actions by INGOs, such as Action Aid and Oxfam of relocating their headquarters to the developing countries, are not doing the trick. Hence, a dialogue is imperative and direly needed between the haves and “have nots, and INGOs should streamline the appropriate distribution of funds to manage disasters taking place across the world. Barriers of egos, cultures, norms, religions and ethnicity need to be overcome by the INGOs and their donors to successfully operate in tandem with local partners and communities to ensure and eliminate gender-based violence and ensure sustainable development in poverty-stricken and vulnerable communities.

Razeen Ahmed researches in the areas of finance and energy. Nadir Mumtaz reviewed the article